Growing interest in curling in the Denver metro 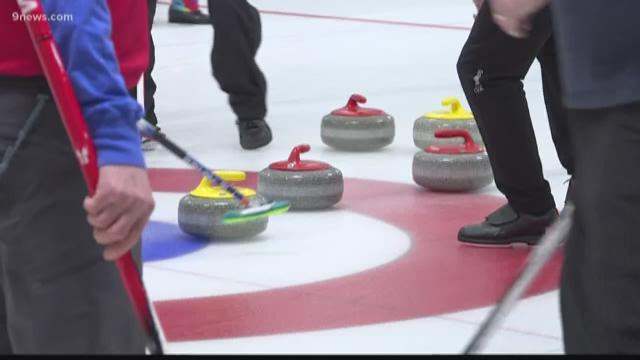 When you think winter sports in Colorado, skiing, snowboarding, and probably even hockey, are typically the first to come to mind - but another sport is taking over the ice during Colorado's winter season.

There's a growing interest in curling in the metro area and with the 2018 Winter Olympics in Pyeongchang, South Korea just under two weeks away - that interest is only expected to grow.

"It's growing every season and particularly this year an Olympic year we're seeing a great interest," said Tom Whitman, a member of the Denver Curling Club. "Started late in my life. I've been curling; this is my tenth season. I went to a learn to curl and I got hooked."

Whitman is not alone in his love for the sport.

"Oh I've been playing for like 13 years. It's good, I love it," said fellow member Michael Lively.

And the hundreds of other members who now play at the club's dedicated facility in Jefferson County are right there with them.

"The Denver Curling Club was established back in the late 60s over by I-70 Peoria area. Since the revision of the new club here we started with just a little over a hundred members and we're approaching 400 members now," said Whitman.

Both agree, with the Olympics just around the corner, the membership will grow.

"People see it on the Olympics, they see it on tv and they have interest in it and then you want to come out and try it," Whitman added. "We do a lot of learn to curls and we are booked through March."

Whitman and Lively welcome the new members, because curling wouldn't be what it is, without a little friendly competition.

"It's a fun sport, it's very social. most of the people here we come and have a beer together and curl and have a lot of fun," said Whitman.

Lively added, "Everyone should try curling, everyone."

And you can, the Denver Curling Club will be holding Olympic open houses on the weekends during the games next month to teach new curlers the sport.

The open houses will cost $20 per person and include one non-alcoholic drink.

There is also an open house for children, 13 and under, that costs $5.

Children MUST wear a helmet.

All you have to do is show up during the designated times to sign up.

There is no pre-registration for these events.

You can check out the dates and times on the Denver Curling Club's website.

The club's dedicated curling facility at 14100 W 7th Ave in Golden is the only dedicated facility within 760 miles of the metro area.

The next closest is in Tempe, Arizona.

A dedicated rink is made specifically for curling and not shared with other sports.