Judy Spray and Paula Croom Robinson were working at the time when a father and son robbed the post office and shot the two women. 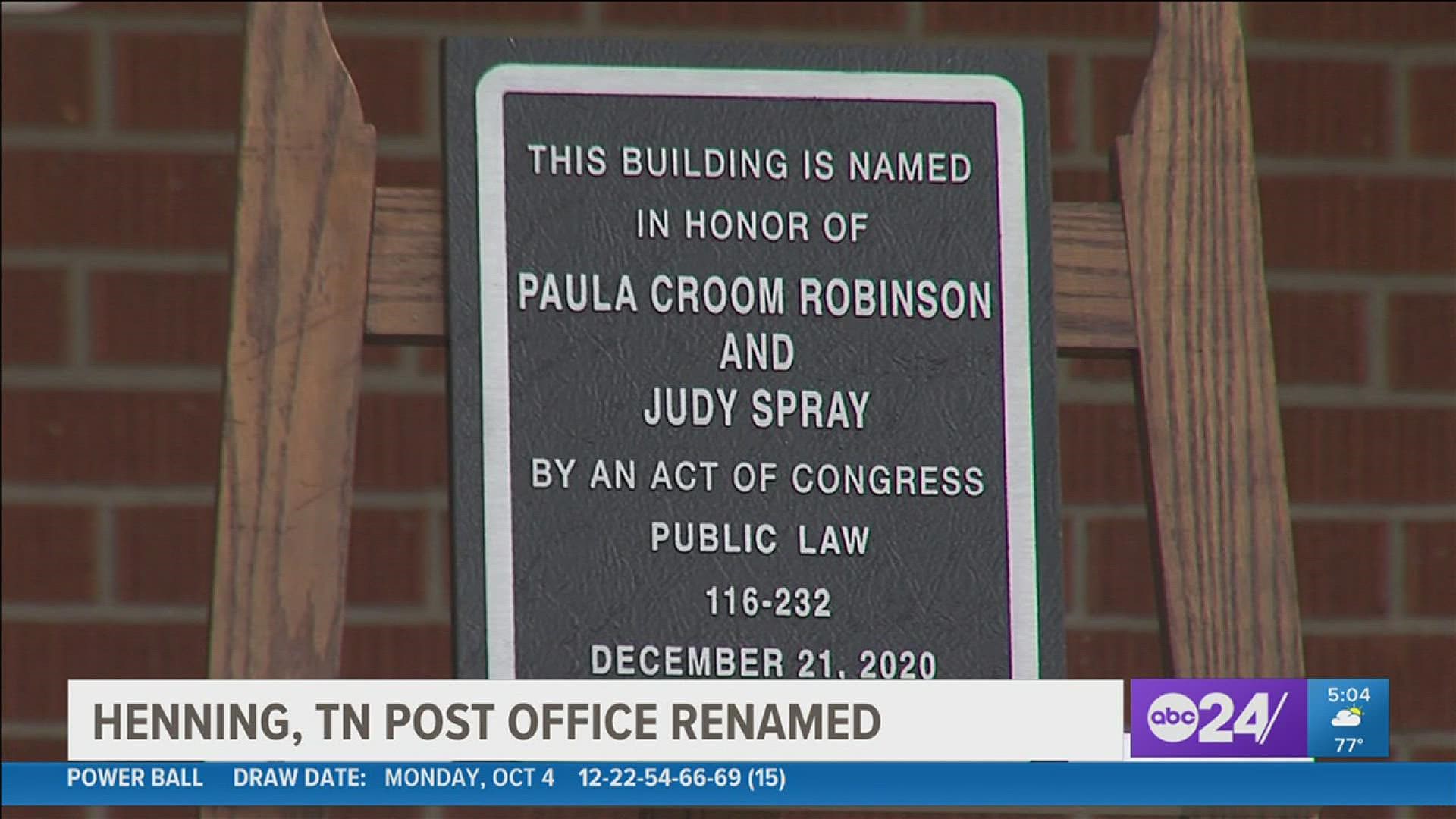 HENNING, Tenn. — The Henning, Tennessee, post office has been renamed in honor of the lives lost in a shooting back in 2010.

Two postal workers were killed in Henning, about 50 miles northeast of Memphis in Lauderdale County.

Judy Spray and Paula Croom Robinson were working at the time when Chastain Montgomery and his 18-year-old son Chastain Junior entered the post office and demanded money. When they found out that the post office only had $63, the two men fatally shot the two women before leaving.

Congressman David Kustoff was at the dedication Tuesday morning, which he says represents closure for Spray and Robinson's families.

"It literally takes an act of Congress to do this renaming, and in a time where there is a great deal of partisanship in Washington, to know that this bill passed both the House of Representatives and the United States Senate with no opposition - everybody in agreement - that really says something about this occasion,” said Kustoff.

Chastain Montgomery, Junior was killed in a shoot-out with police in February 2011. His father is serving a life sentence in prison for those shooting deaths.

In 2010, Paula Croom Robinson & Judy Spray were murdered during an attempted robbery at the Henning Post Office. Through my legislation, this Post Office is renamed in honor of these women. It was an honor to join @USPS & the families of Paula & Judy at this dedication ceremony. pic.twitter.com/EEFXs8oTwL