The inevitable demolition of 'The Hero House'

Parents sent four sons to fight in World War II and placed four stars in the window until they came home -- a home that's now gone. 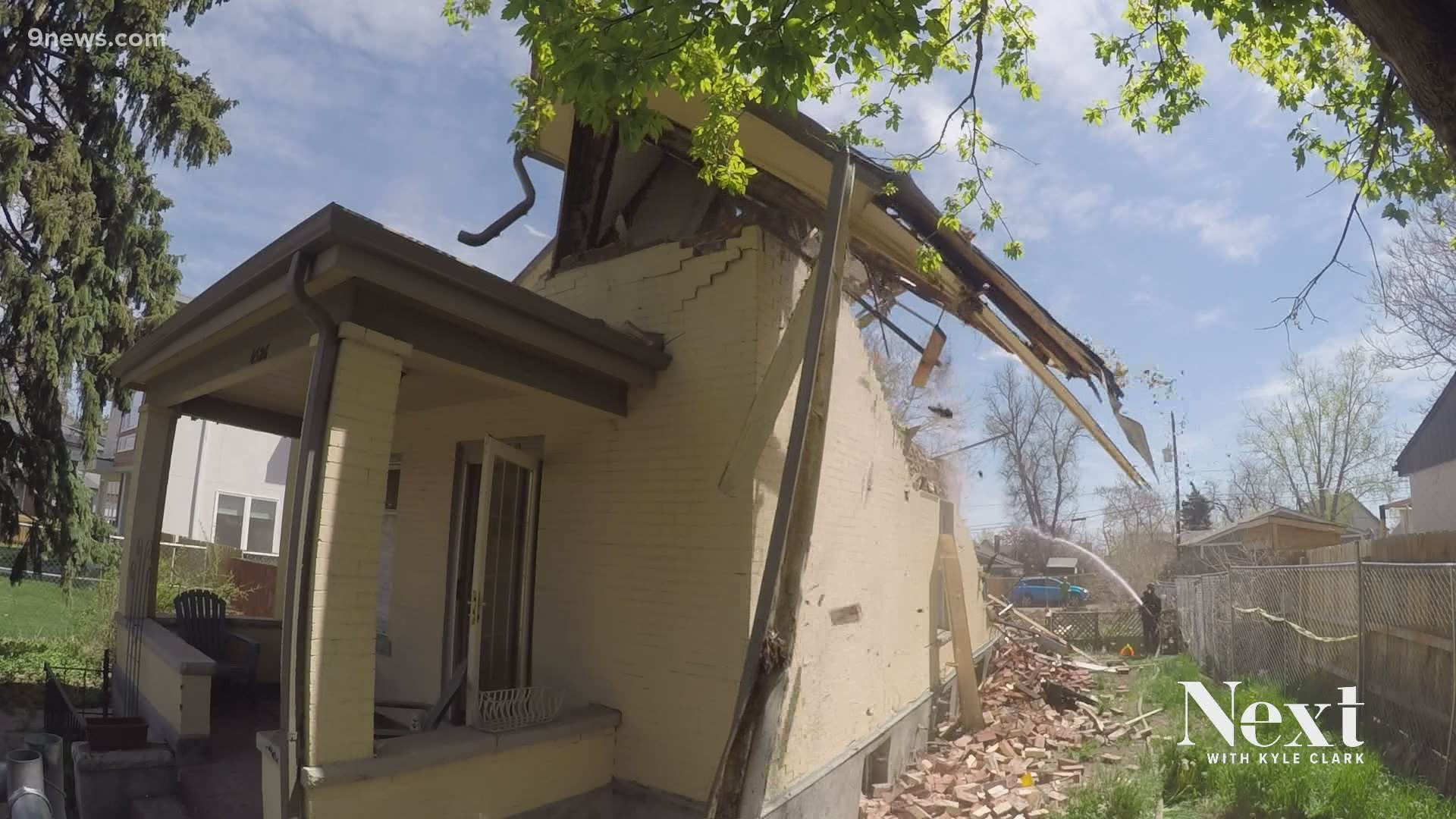 DENVER — Tearing down old homes to make way for new ones is not unusual. Gentrification is happening all around Colorado. But, it is unusual for family members to gather to see the house one last time.

"When I was little, I'd sit on the porch step and all this was empty," Betty August said.

August is the granddaughter of John and Bambina Bucci. They lived in a home on Osage Street in Denver for decades with their nine kids before they passed away

"They were all Italians. Everybody Italian lived in this neighborhood. All the neighbors were Italian. They spoke mostly Italian and this was like Little Italy," August said.

Now, August and her cousins, nieces and nephews are back one last time. They want to see the 100-year-old home before the new owners tear it down to build a modern structure.

"I remember everything about this house," August said. "I grew up here."

But, seeing it all again is not about the construction. August's cousin John Bucci, named after his grandfather, said it's about the history.

"Well, I call this the Hero House," Bucci said.

During World War II, people would hang a banner in the window to honor those fighting overseas.

"I'm sure there are a lot of houses around here that had one or two stars," Bucci said. "But, this house had four stars."

RELATED: Storytellers: What rodents can teach us about love

The four stars were for the four Bucci brothers on the front lines, including his dad, Joe Bucci, who was a paratrooper who made jumps all over Europe.

"I just can't imagine what my grandmother and grandfather went through knowing that they had four sons in the war in Europe," Bucci said.

Two other brothers were in the Army. One was in the Navy on a ship that Bucci said was bombed. Yet, they all survived.

If that didn't happen, many of the cousins and descendants visiting the home on this day would not even exist. This is why they said it's important to come back before it's demolished.

The home was torn down to start a new chapter in this neighborhood north of downtown Denver.

"This is happening all over the Denver area, not just here," Bucci said.

Some call it gentrification. Others call it progress. Bucci calls it an actual window into the past that is now lost forever.

"I didn't think I would have this kind of feeling watching it go down, but this structure really represented a big part of our family history on my dad's side," Bucci said.

August said the next time people see an old house making way for a new one, people should remember it may have a story that will be lost with change.

"It was a beautiful place. It was beautiful to come here," August said. "It's hard to see it go down, but that's just what happens."

RELATED: Storytellers: Meet the CEO who works and plays (guitar, that is)