The pressure, pride, and perseverance in the 'first gen' Latinx community

Being trailblazers in their families comes with great pride. It also comes with a great deal of pressure. 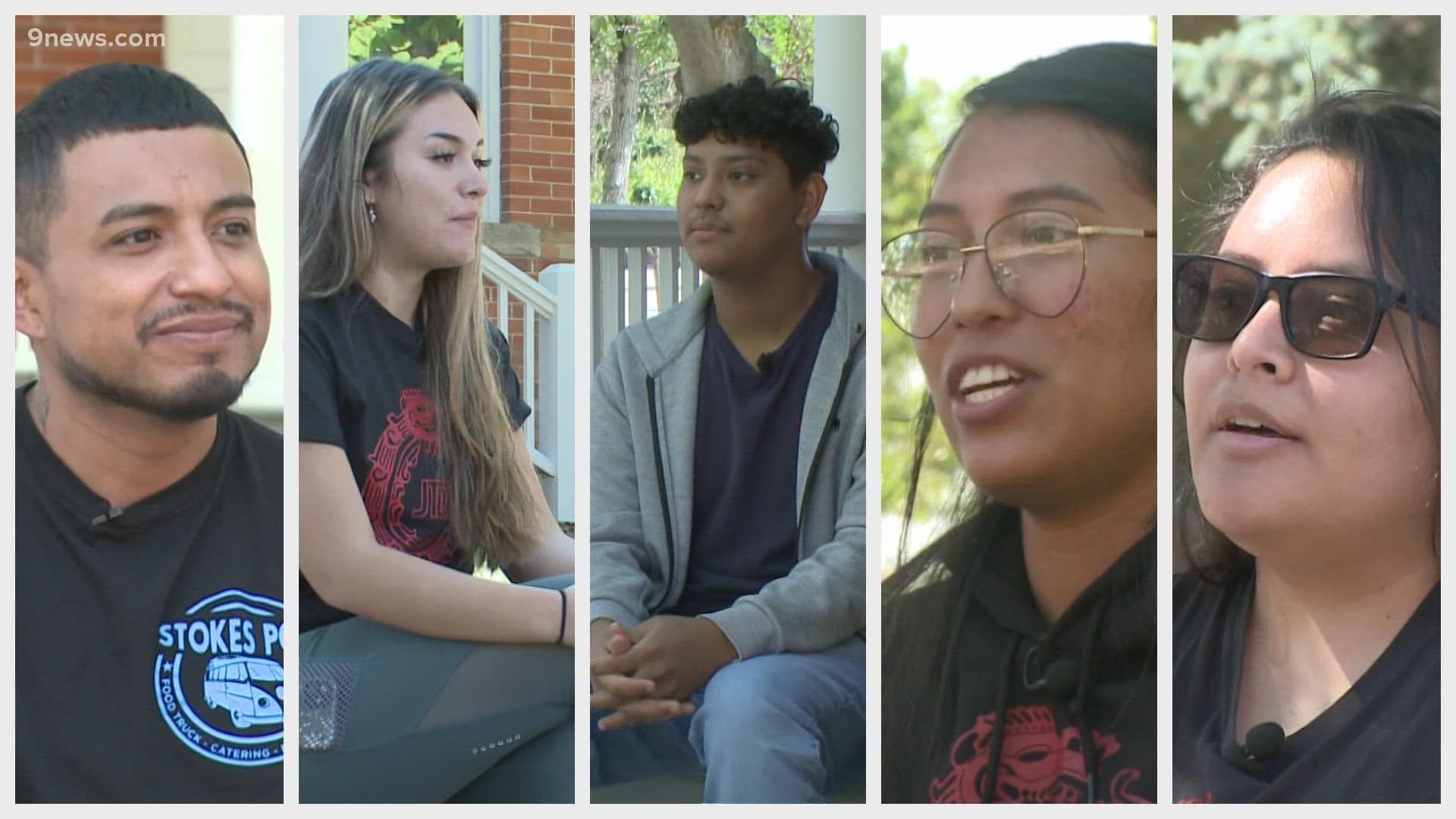 DENVER — Being the first means shouldering extra responsibility. Across the country, there are young people working toward their own definitions of success after their parents made sacrifices to give them a better future.

First generation individuals are first in their family to either graduate high school, go to college, or have specialized careers. Some are even first generation citizens in America after parents moved to the country seeking better opportunities for them and their children.

First gen community members in the Latinx community are learning how to navigate higher education and the workforce on their own sometimes. Some even struggle with connecting with both their Hispanic/Latino culture and American culture.

9NEWS spoke to Coloradans who shared their own experiences with navigating through life as first gen children, immigrants, and students.

Elva Parga is a first generation high school graduate, college student, and citizen in the United States. Each comes with its own set of challenges. She's currently a student at Metropolitan State University of Denver (MSU Denver).

As a first generation citizen, Parga said there were a lot of language barriers present in her household. She began learning English in the first grade, and being bilingual quickly became very important to the household.

"It was the whole typical 'Oh, could you translate these papers for me?' Or 'Can you, uh, go and translate for me at the doctor's office?' So you were always with your parents – everywhere."

In school, there was always pressure to do excel, Parga said.

"My parents would always remind me if you don't want to struggle like we do every day," Parga said. "You gotta, finish high school, go to college and get yourself a good job."

As the first in the family to go to college, Parga said she felt like the "door opener" for lots of things.

Parga, like many other first gen students, said she also struggles with connecting with both her Mexican and American heritage.

Parga said it makes her feel like a pioneer in a way.

"Because it's like, well, if we're neither here nor there, then we got to kind of build up our own thing that shares the same things, because we've been saying that there's a lot that we feel, and we have a lot of very common experiences. So it's valid somewhere, right?"

Even though Parga is succeeding and opening doors for her siblings and other family members, she said being the first often leads her to question herself.

"I feel many times that it's like, 'am I really qualified to be here?'... You've seen everything that you've done, and it's kind of overwhelming sometimes."

Those moments of realization are usually followed by pride.

"It's definitely important to keep that imposter syndrome in check because we all go through it, but it's okay. You've worked really hard to be where you're at, so it's really good to keep that in mind. "

Jaqueline Valenzuela is also a first generation college student at MSU Denver and citizen in the United States. She describes growing up as a first gen citizen as "the best of both worlds."

"I love living in the U.S., and I also love my culture," she said. "My parents really integrated my culture in me when I was young, then as I grew up, I was more integrated into American culture, too."

While growing up Mexican-American gives Valenzuela a great deal of pride, she said there were also times where fitting in was a challenge. Valenzuela said she attended a predominantly white middle school where she found herself trying to be more like her peers.

It wasn't until high school that Valenzuela said she started to feel comfortable with her own identity.

At this point in her life, Valenzuela said she is trying hard to preserve her Mexican roots and traditions, since moving out of her parents house.

"I'm not speaking Spanish on the regular basis, I'm trying to find a way to preserve like my language and my culture," she said. "Especially since I want to be a speech and language therapist and bilingual therapists are much needed."

In school, Valenzuela said navigating higher education was overwhelming since her parents were not able to help.

"It was just a matter of like finding my own resources and figuring it out on my own, which I feel like did benefit me in the long run," she said. "It made me way more independent and it taught me how to rely on myself."

Not only did it make her more independent, she said it was an advantage for her younger siblings and cousins. "[They] don't have to deal with that same hassle that I went through.  I can just give them the advice that I had to like look for."

Isela Acosta is the first in her family to graduate high school and go to college. She attends MSU Denver and is working to pursue a career in the medical field.  She is also the eldest of three and the person her younger siblings and family members look up to.

"There was always a lot of pressure of having to graduate and pursue a higher education," she said. "In middle school I was a straight A student, and I've kind of set that expectation for myself now."

Now, as a college student, Acosta said she makes it a priority to take care of her mental health. Acosta said other Hispanic and Latino students could likely relate to the idea of 'familism,' where the needs of the family take priority over everything else.

"So I think that sometimes it's OK to prioritize your mental health or your own wellbeing. I just think that we should be aware that those issues are important as well."

Being the one in the family to set good examples can take its toll on a person's mental health, but Acosta said she is proud and honored to be in the position that she is in.

"I see it as an opportunity to learn and to gain that knowledge so I can pass it down to my younger siblings and other family."

As a DACA recipient, Alejandro Flores-Munoz hopes to continue growing in this country and set a foundation for generations to follow. Flores-Munoz was born in Guadalajara, Mexico and has lived in the United States since 1997.

"I don't consider myself from here or from Mexico, we have that kind of like in between status," he said.

Flores-Munoz is not able to visit his home country because of his immigration status as a DACA recipient. He still values the importance of staying connected to his roots, culture, and traditions and is able to do so through food.

"For me, food and culture go hand in hand, " he said. As a restaurant owner in Denver, he translates the two into his business models.

"Through the resiliency that I see that my parents  just people who I surround myself, I've gotten the strength to be able to move forward in life and to want more than what our parents brought us here to do."

Flores-Munoz is often reminded of the fact that his parents came to the United States in order to give their children more opportunities to succeed.

While being the first in the family to navigate life in the United States comes with obstacles, barriers, and challenges, Flores-Munoz chooses to see the uniqueness and opportunities that come with it.

Luis Hernandez is a college freshman at MSU Denver and first gen high school graduate. His parents did not get a chance to graduate high school or finish middle school, which is why they always stressed the importance of education for their son.

"They always told me that if they had the opportunities I have, they would've been something bigger," he said. "They wish they had what I have now."

Hernandez grew up facing a lot of pressure, but always understood why it was so important. He hopes to also inspire his younger siblings to attend college.

Unlike some of his peers, Hernandez said he did not struggle with feeling like he did not belong to a specific culture.

"I would say I belong a little bit more to my Hispanic side," he said. "Probably because I grew up over there, but I feel more connected with them. I speak more Spanish most of the time English is my second language, but I also feel part of the American community. I feel I belong here too."