As we continue to celebrate Hispanic Heritage Month, we introduce you to a man who ran from a life of violence to a life of good will. 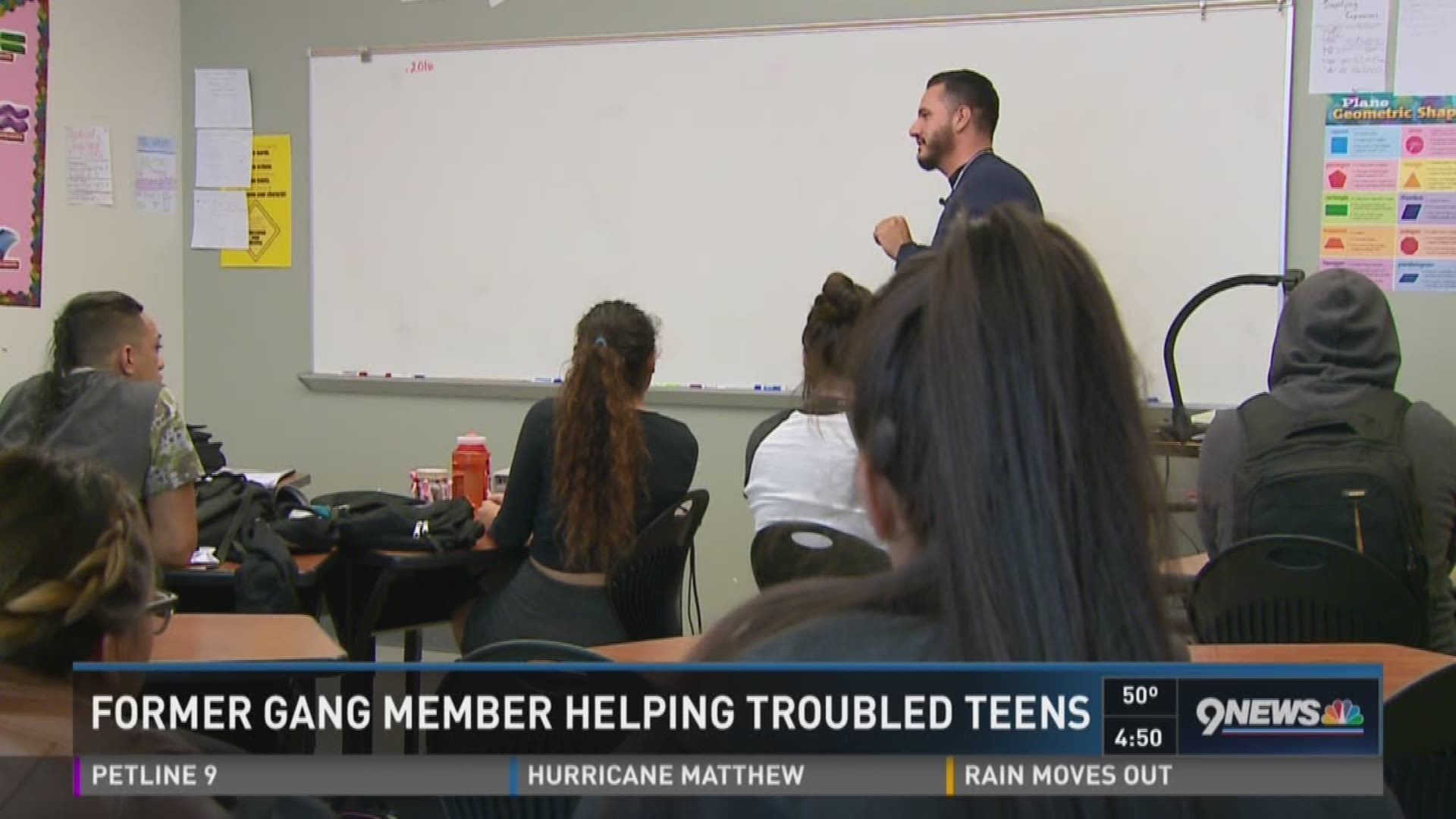 As we continue to celebrate Hispanic Heritage Month, we introduce you to a man who ran from a life of violence to a life of good will.

He now spends much of his time in Metro Denver trying to keep kids from getting in trouble.

He was pretty quiet about it, but then someone noticed, and put him on the big screen.

9NEWS caught up with Gerardo Lopez at Adams City High School where he was talking with a group of students.

He's on a mission to keep kids out of gangs by telling his own story.

Lopez talked about playing baseball as a kid and then joining a gang.

He was a teenager in Los Angeles and went by the name “Clever”. Getting high and drunk became a routine.

And there were assaults too.

After 8 years in the gang, he finally decided he'd had enough and he came to Colorado to start over.

He’s been reaching out to kids in trouble at several Denver area schools.

"My number one thing is try to tell them something, where I could take them out of that type of world - gang life world,” Lopez said.

Lopez's story got the attention of a film teacher Alan Dominguez.

“I could see how effective he was working with kids," Dominguez said.

In about 15 minutes, Dominguez knew Lopez would be a “charismatic” and “dynamic” character.

A documentary was born.

It would focus on one man's struggle to break free from his past.

“I think the larger lesson for the students, especially the kids he works with, and the kids that I work with, is that the decisions that you make when you are 15 or 16 years old, don't go away overnight night,” said Dominguez.

Back at the school, Lopez works on breaking through to the teens.

He does it by telling them the truth, including stories about his days as a gang member.

“I'm definitely not happy when I tell them my stories," Lopez said. "I don't like to glorify the bad stuff that I did, but I feel it’s a chance for me to bring it out to them for them to understand that this is what happened”.

Lopez was charged and arrested as a juvenile and was exonerated on other charges as an adult.

“He's helping in a lot of ways I think," Dominguez said. "He's really able to deal with kids who are in a gang lifestyle who can't quite seem to get out of it and he understands what it’s like to get out of it.”

“When I see their faces light up, I know that the stories that I was talking about somehow impacted them in a positive way," Lopez said.

He went on to getting his associates degree in criminal justice.

All together, he visits five area schools as a private contractor.

The documentary "Clever" was recently shown to a sold out crowd at the Sie Film Center in Denver.

The film will be part of an international film festival in Mexico at the end of this month.