A mural in the Sun Valley neighborhood was a meaningful part of the community for more than a decade when new tenants in the building painted over the artwork. 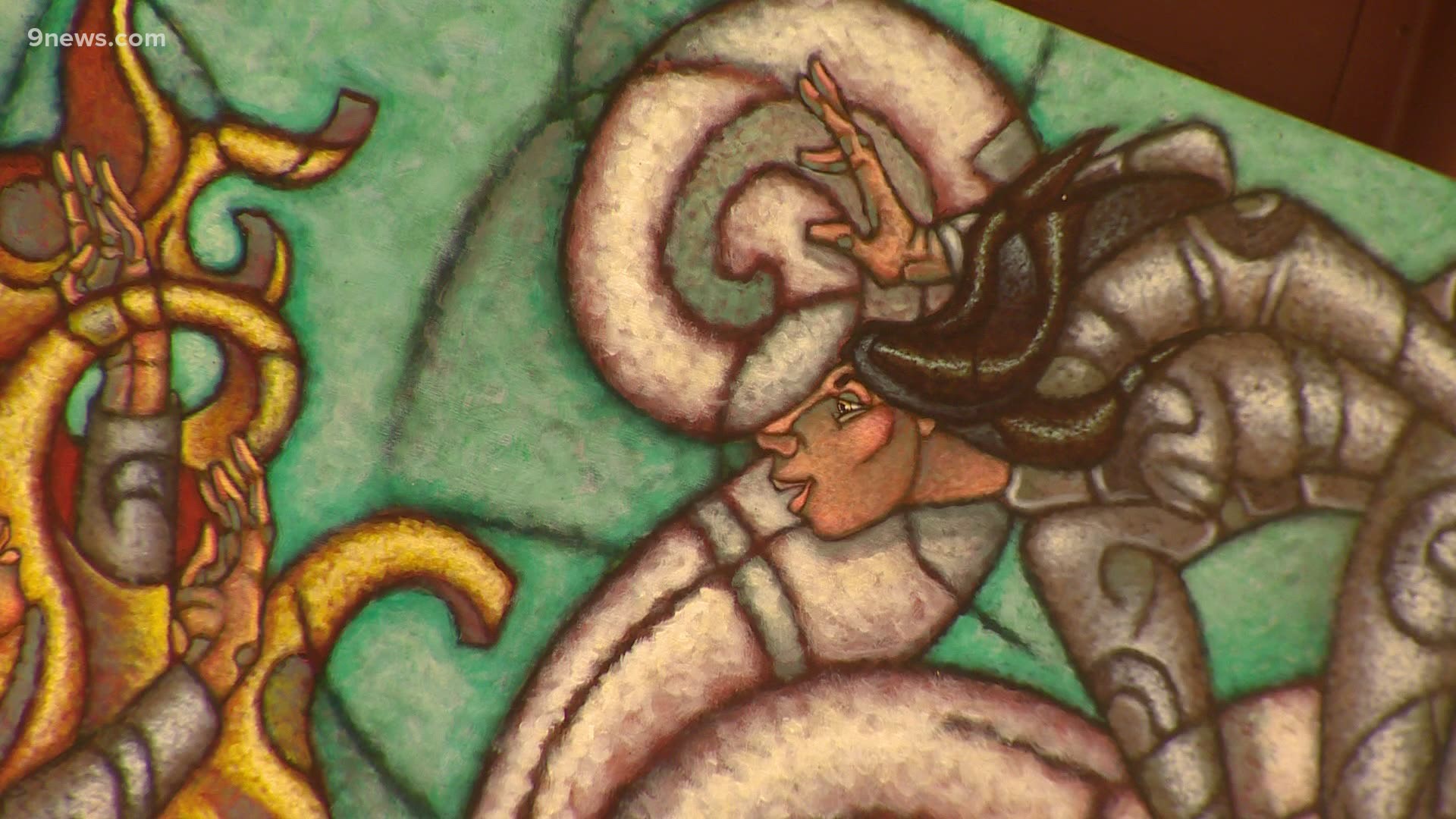 DENVER — A mural in the Sun Valley neighborhood of Denver has been a meaningful part of the community for more than a decade. But earlier this year, the tenants leasing the building, under new ownership, painted over the mural.

Now, months later, the artist and the community are still waiting for the dispensary business to make it right.

"I always wanted to honor my mom in a way I felt was meaningful," said David Ocelotl Garcia, a local Denver painter and sculptor. "So this mural for the Sisters of Color building, I was thinking of a character called Coatlicue. She’s kind of a mother earth character. And that's my mom in the center as Coatlicue."

Telling a story through art is what Garcia does. You may recognize some of his creations across Denver, like his work in Plaza de La Raza called "El Viaje."

But his oldest, most personal mural was his first from 2008 called "Huitzilopochtli" or Hummingbird Warrior along Eighth Avenue.

When one of the owners, Adrienna Lujan, met Garcia 12 years ago, they hit it off right away and she commissioned him to paint the community center.

It took months and lots of work, but after that summer in 2008, Garcia's career took off and his mural became a staple part of the community.

"Everything around here was warehouses at the time," said Lujan. "We really created a pop of light for folks. This mural was the beginning of a lot for many artists. It wasn't just planting the seed for one mural, but it planted the seed for community and leadership for future generations," she said.

It was Garcia's first commissioned artwork and it was dedicated to his mom.

"My very first thing that I feel like was meaningful, I wanted her to be there in it," Garcia said.

She's gone now. And so is his tribute to her.

Despite the terms of a lease agreement, the current tenants painted over Garcia's mural in April.

"No changes or alterations to the building without prior written consent," said Lujan. "It is very clearly written."

Months later, they said, the dispensary has yet to make it right.

Their only request is that the owners pay to repaint the mural they covered.

There’s a blank wall in Denver where an amazingly beautiful Mexican Native mural used to be. Painter David Garcia called it Huitzilopochtli or Hummingbird Warrior - it was a tribute to his mother and their Mexican heritage. A few months ago, new tenants painted over it. #9NEWS pic.twitter.com/XxNjaefI7b

9NEWS reached out to the dispensary Tuesday, but did not receive a response. Both Garcia and Lujan said, they just want the work to be respected and for the mural to be brought back.

"There are a lot of people supporting this mural who want to see it come back and see everything be fixed. It’s not going to go away," Garcia said. 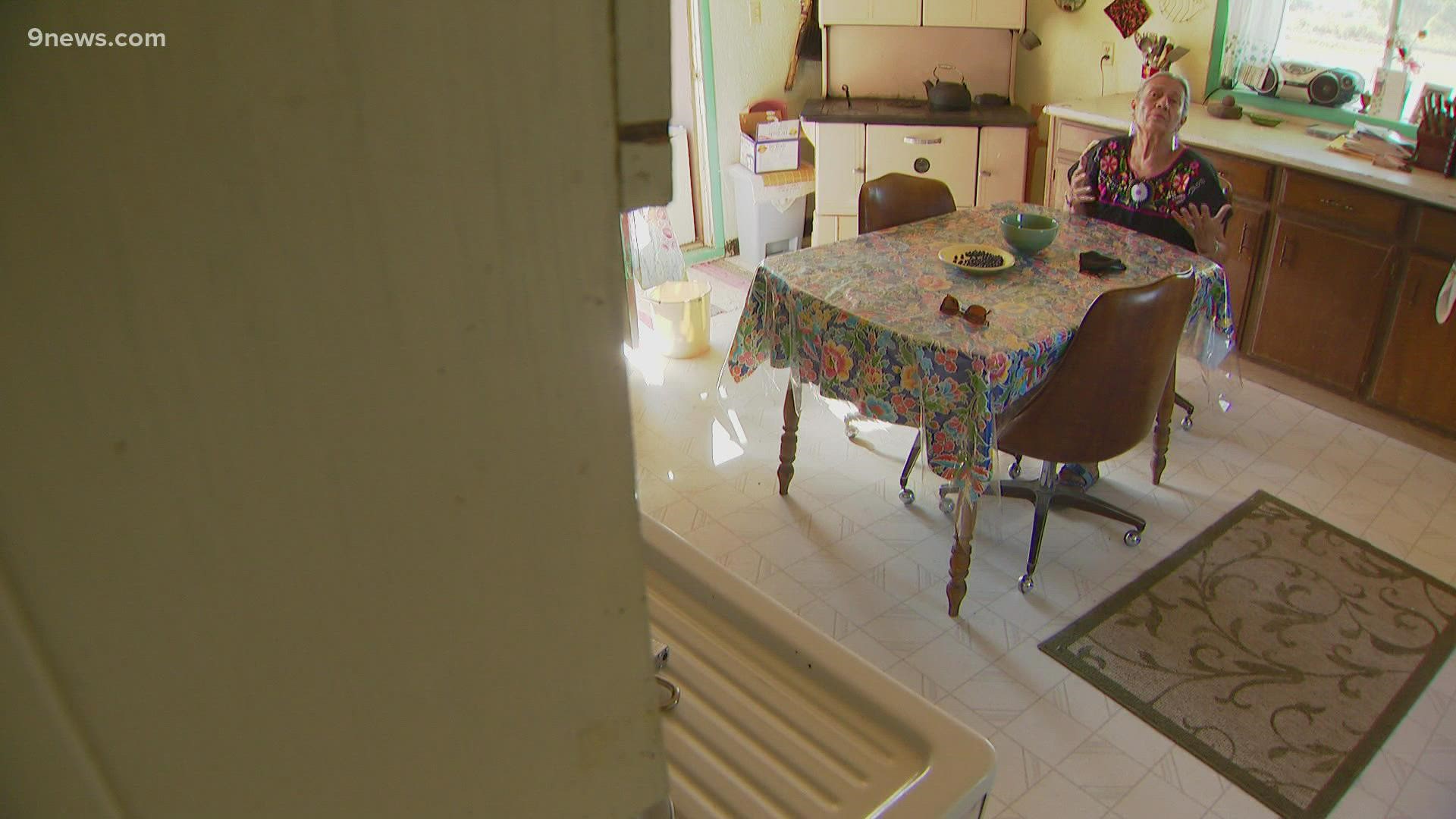