The mother of the child who was hit shared video and information about the incident in a Facebook post. 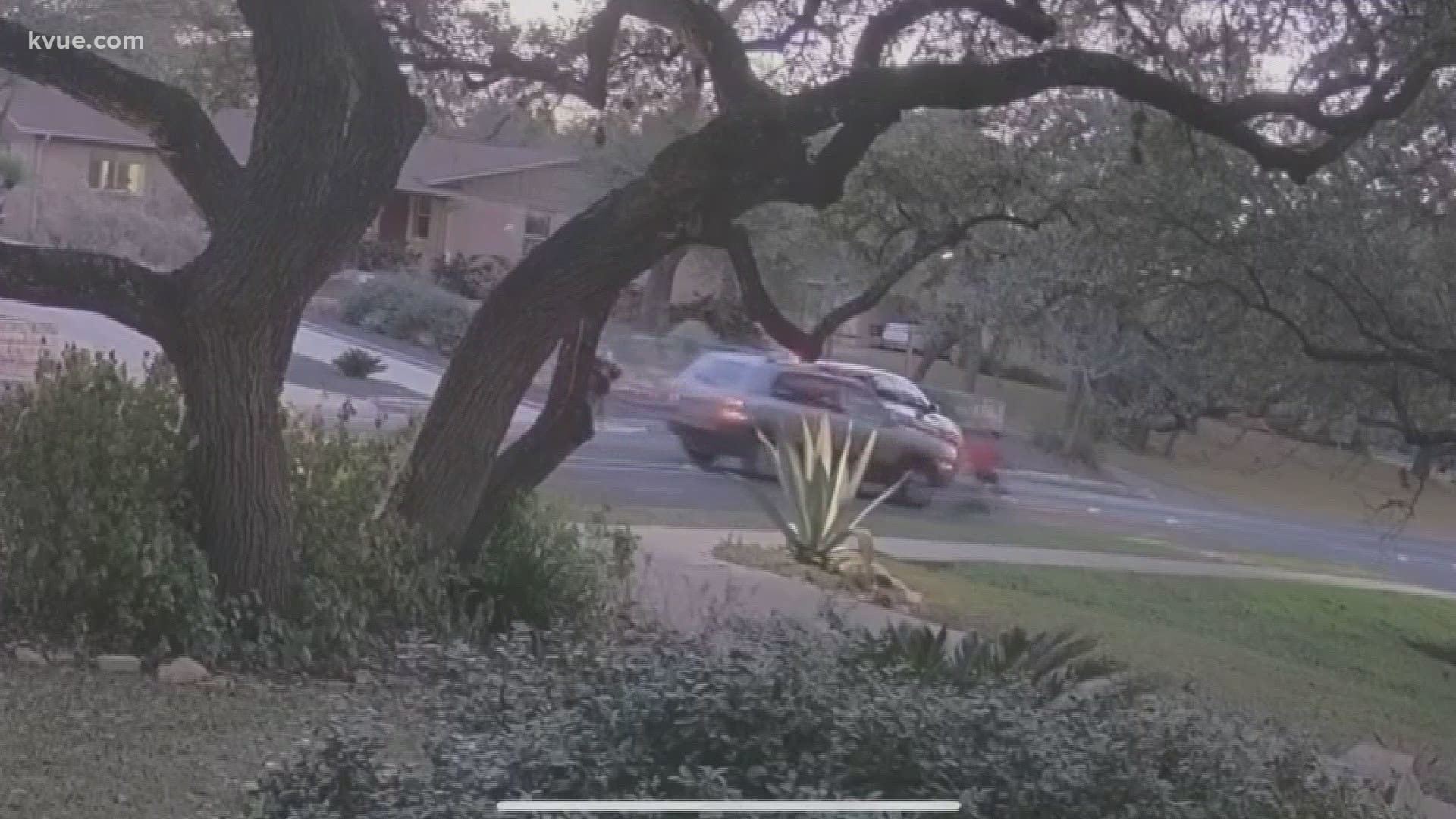 AUSTIN, Texas — Editor's note: The video above, also embedded within this story, contains footage some may find disturbing.

An Austin mother said a driver hit her son with her car before driving away on Friday evening on Barton Hills Drive in South Austin.

Jessica Tranchina posted to Facebook on Saturday afternoon, saying her 10-year-old son, Domenico Ward, was hit by a hit-and-run driver on Friday around 6:30 p.m. Tranchina said her son was riding his bike in a large designated bike lane when he was hit.

In her Facebook post, Tranchina shared video captured on a neighbor's Ring camera that shows the alleged incident. Warning: The content of the video below may be disturbing to some.

The video shows the driver of an SUV-style vehicle stop behind another vehicle before pulling around into the bike lane, where the driver collides with the child riding his bike. The vehicle then continues on without slowing.

The video shows Domenico get back up from the ground and go running back toward the car that the hit-and-run driver drove around, as the driver of that car gets out to check on the situation.

Tranchina said that the first car in the video was a Lyft and the driver who hit her son appeared to be frustrated that the Lyft had stopped in front of her, so she laid on her horn before quickly swerving into the bike lane.

Tranchina said a police report has been filed for the incident. She also said the family has been in contact with the person who called the Lyft to see if they can obtain the Lyft driver's camera footage.

Tranchina said her son described the driver who hit him as a woman in her 40s with long hair in a ponytail with bangs. Tranchina believes the driver's car is a Hyundai Tucson.

Fortunately, Domenico's only injuries are a scraped knee and elbow.