She survived the Holocaust. Now, she’s getting the COVID-19 vaccine

On Holocaust Remembrance Day, and shortly after receiving the COVID-19 vaccine, Marlene Leddick, in Denver, reflects on the word “survival.” 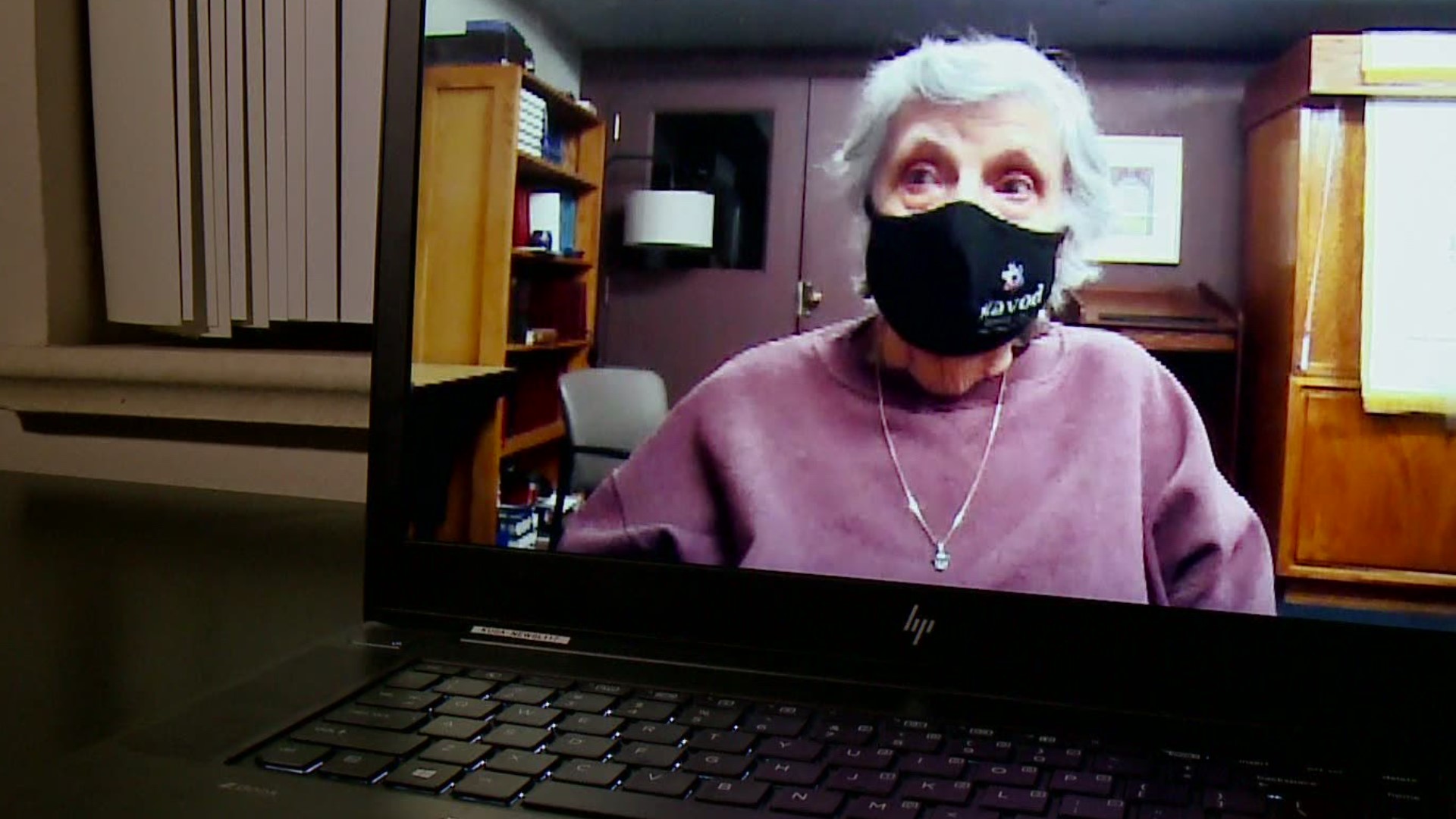 Each year, the world remembers the lives lost, including millions of Jews killed by Nazis, and survivors like Marlene Leddick can share their stories.

“I think it’s important that we recognize this day. It’s not a wonderful day, it’s a very sad day. It’s a remembrance,” Leddick said Wednesday.

She was still a baby when her family fled their home in Paris, seeking safety in Northern Africa. But the horrors of the Holocaust found them there, too. While she was not imprisoned in a camp, she has many childhood memories of running, hiding and fear.

Leddick’s father died during the war. Her mother and three sisters survived but struggled. She remembers living in a tiny room with no running water and no bathroom. She remembers being cold and hungry.

Leddick’s surviving family moved to the United States when she was 15 and settled in Florida. She made America her home, and eventually had her own family.

“I have three children -- two sons and a daughter,” she said. “Wonderful, wonderful people. I’ve been very, very blessed.”

While war defined survivors' childhoods, the COVID-19 pandemic is a constant threat now, especially to older adults. Due to their age, some of Colorado’s Holocaust survivors are among the first to get their COVID-19 vaccines.

Today, she lives at Kavod Senior Life in Denver, in independent living.

So far, she has remained healthy. And this month, at the urging of her children, Leddick received her first shot of the vaccine.

“I [have] to be truthful, I was a little bit apprehensive,” she said. “See, when I was little we used to get all kinds of shots. I have no idea what they were, weren’t, mixtures of something I had to drink.”

Leddick said she experienced no symptoms from her first shot. She’s scheduled to get her second in early February.

“To have had the opportunity to have that shot, I felt like I won a million dollars,” she said. “They cared. They cared for us to be OK, to be safe.”

Kavod representatives said the facility has so far vaccinated about 250 residents, both in assisted and independent living, including a few other Holocaust survivors besides Leddick.

Leddick said she’s grateful for her survival and her health, for finding her home in America and at Kavod, and for her family.

“I feel life is a blessing, it’s what you make of it.”

And on this Holocaust Remembrance Day, she remembers.

“Once we’re gone, we the survivors are gone, that’s it. There will never be anyone to describe what happened,” Leddick said. “I feel it’s important that most people understand it did happen and that I hope it never happens again to anyone in any country.”

RELATED: Colorado hopes to announce when anyone 65+ can get vaccine this week