The home exploded following a gas leak, according to the Eagle County Sheriff's Office. 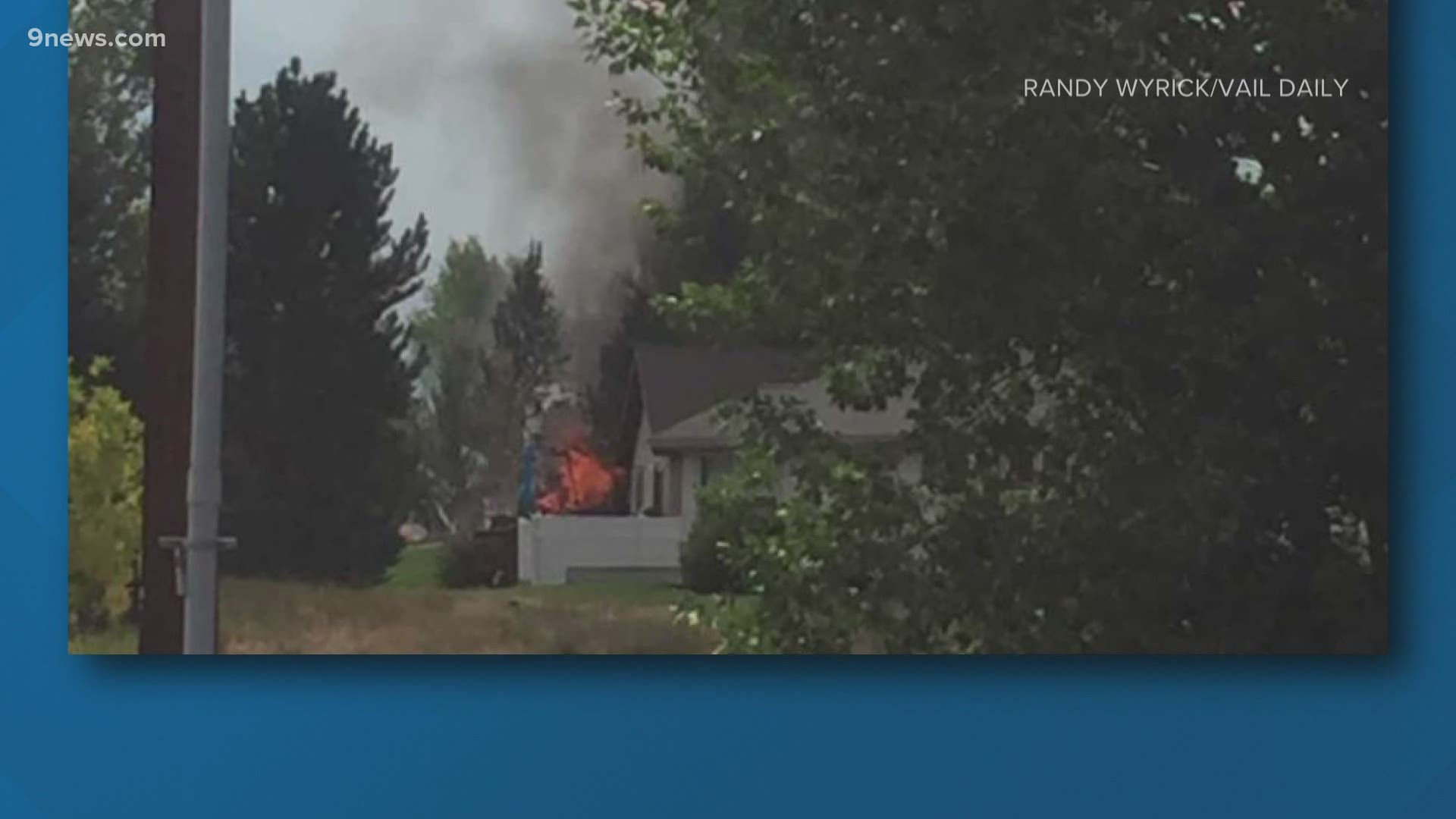 GYPSUM, Colo. — A home exploded in Gypsum Thursday afternoon following a report of an underground gas leak in the Chatfield Corners neighborhood, according to a tweet from the Eagle County Sheriff's Office (ECSO).

The explosion at 50 Cottonwood Pass Road was reported around 12:35 p.m, ECSO said.

Remains were found at the site Friday. The victim was later identified at Patricia Roe, 49.

At 10 p.m. ECSO said Chatfield Corners residents could go to the Gypsum Creek Middle School to get an escort to their homes to get essential items such as medication and pets.

An evacuation center was been set up at the amphitheater at the Gypsum Rec Center.

In a Facebook post, Eagle County Schools said students and staff of Red Hill Elementary School and Gypsum Creek Middle School were safe and not in danger but have been evacuated due to the gas leak. They were encouraging parents to come and pick their children up if they're able to do so.

Just before 12:30 p.m. Thursday, the town of Gypsum said in a tweet there was an underground gas leak in Chatfield Corners. The town said the leak resulted in power being shut off to minimize the threat.

Gas leak and confirmed residential explosion in the @townofgypsum1. All of the Chatfield Corners neighborhood along with Gypsum Creek Road/Valley Road/Grundel Road/Cottonwood Pass Road have been evacuated. The evacuation center is the amphitheater at the Gypsum Rec Center.

Power was expected to off for an extended period of time, according to the tweet for addresses south of Chatfield to Cottonwood Pass and all addresses on Cottonwood Pass west of Gypsum Creek Road and East of Stoney Creek.

Gypsum is located along Interstate 70 in Eagle County about 38 miles west of Vail.