78 years after his death, WWII Marine is buried in Boulder

The memorial service was for Marine Sgt. Donald Stoddard, who was killed in the Pacific theater in 1943. 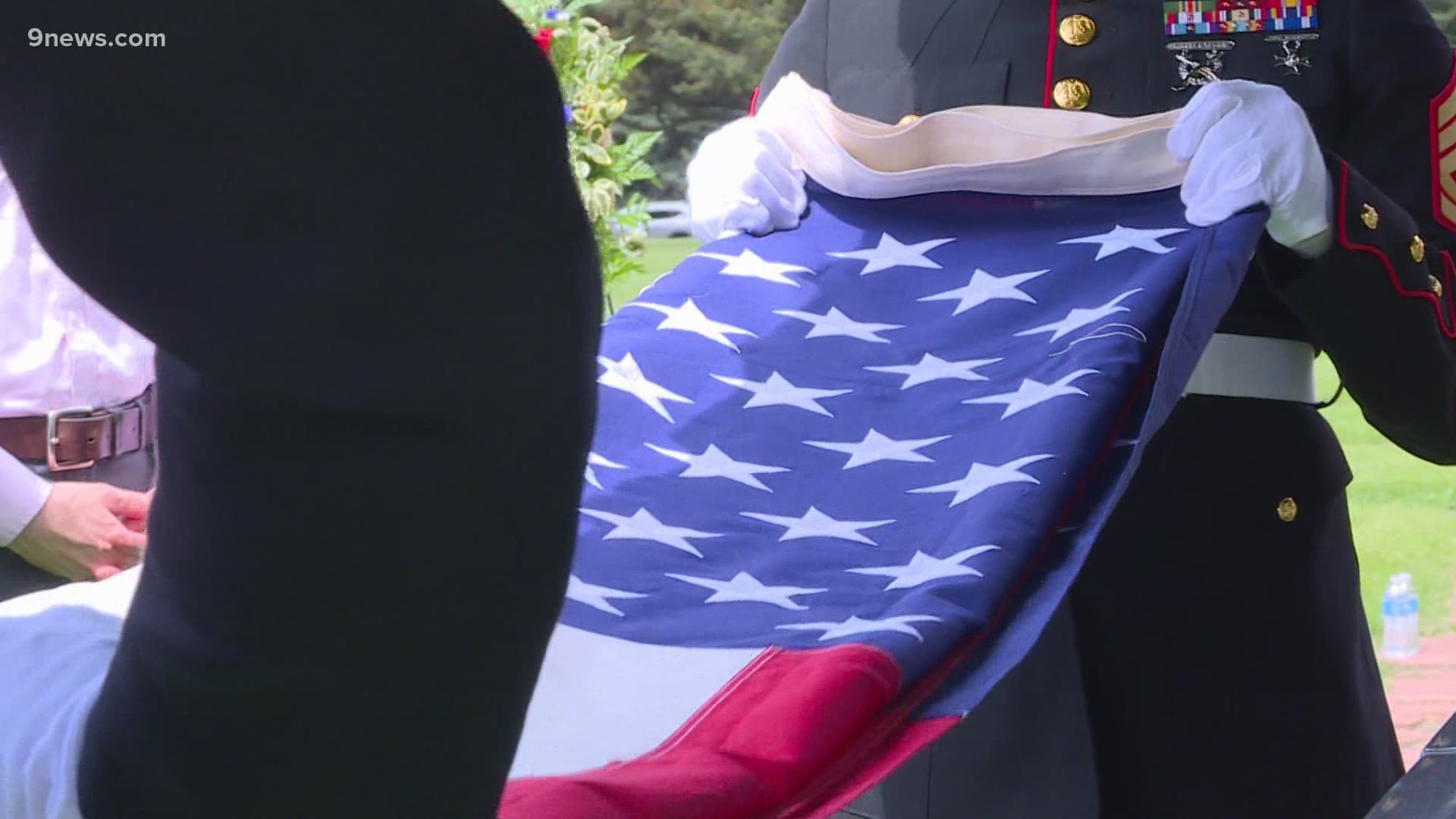 The homegoing celebration began with a procession on Wednesday, moments after the remains of U.S. Marine Corps Sgt. Donald Stoddard arrived at Denver International Airport.

The motorcade was filled with decorated veterans and family who never had the pleasure of meeting him.

After 78 years of waiting, loved ones were finally able to give the proper thanks.

"After that much time, you begin to wonder if it would ever happen,” said Don McKeehan, Stoddard’s oldest surviving nephew.

It happened in Boulder, the same place where Sgt. Stoddard enlisted before being deployed in 1941. He lost his life in 1943 on the third day of battle on the Betio Island of Tarawa Atoll.

"Through our DNA testing, that's how they officially identified him,” McKeehan said.

Stoddard’s parents always planned for this day while knowing they wouldn’t live to see it.

"His parents bought this plot for him when they realized he wasn't going to be able to come home,” Hajoglou said.

RELATED: Fort Logan National Cemetery begins full ceremonies for veterans after they were halted by the pandemic

RELATED: A relatively anonymous victim of COVID-19 buried with the help of veterans who never knew him

"Thank you for being the example that I'm following to this day," Jarvis said. "And thank you for making the ultimate sacrifice so I can be here today. Thank you."

At a highly awaited burial service, with the releasing of doves and a flyover, many gave thanks to a veteran they never knew.