What guidance are Austin officers getting in enforcing the camping ban?

KVUE obtained three APD training bulletins regarding how to enforce the new camping ban. Here's a breakdown of those training materials. 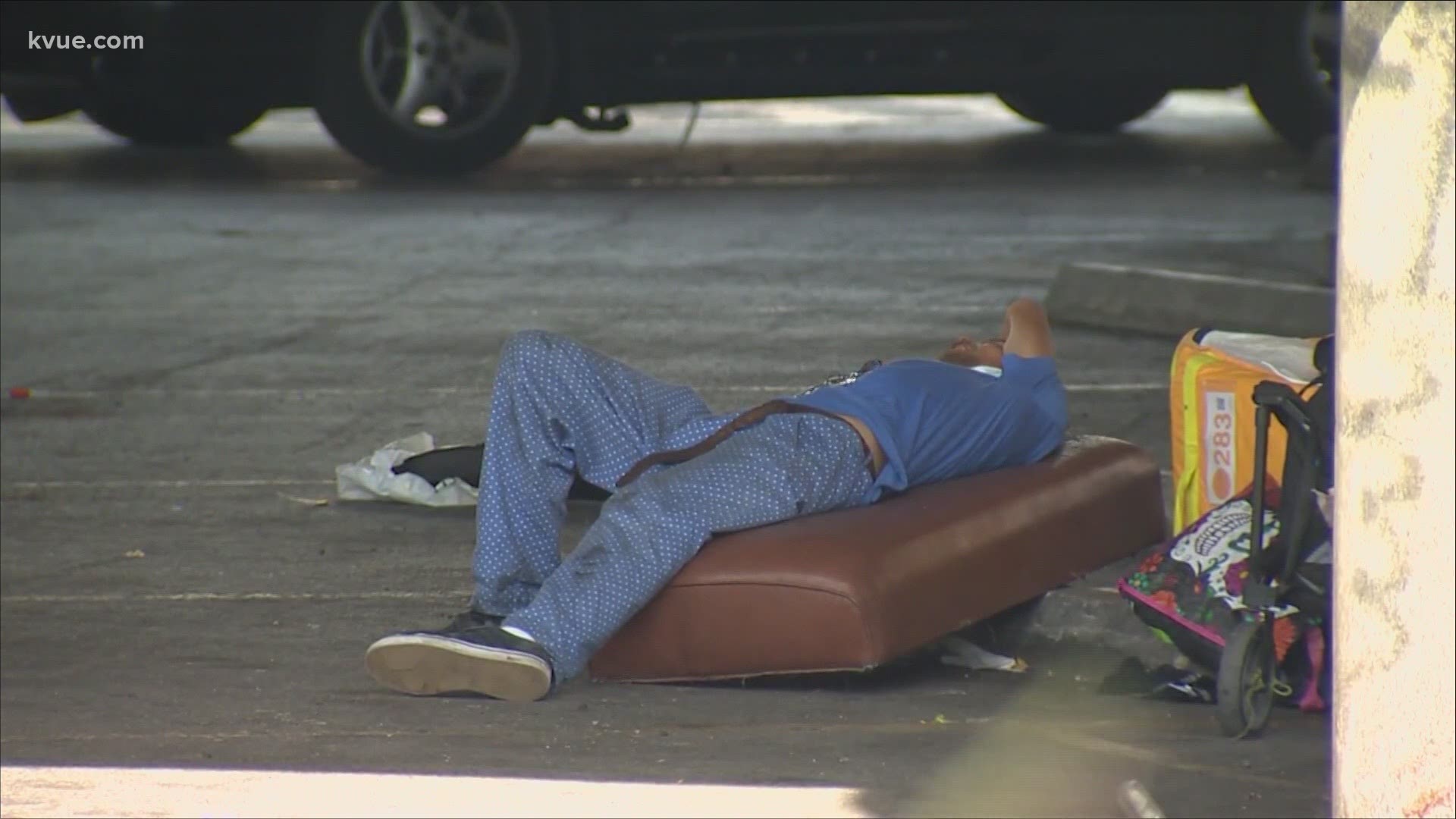 Voters approved Proposition B in the May election. It bans people from camping in public areas that aren't designated by the Parks and Recreation Department; sitting or lying on public sidewalks in and near downtown and the University of Texas campus; and panhandling at specific hours and locations.

The City broke down the implementation of the ban into four phases. For a look at the difference between the four phases, click here.

RELATED: Here's how the City of Austin will implement its voter-approved camping ban

Another question KVUE is digging into is how the Austin Police Department (APD) will be trained to follow these enforcement protocols. KVUE obtained three APD training bulletins sent to officers that explain how to enforce these new rules.

WATCH: City gives update on how Prop B will be implemented

Here is a breakdown of each bulletin:

Enforcing the sitting or lying down ordinance

Under this new ordinance, individuals are prohibited from sleeping outdoors or lying down in the sidewalk of a "designated area." The new ordinance enlarges the "designated area" beyond the traditional downtown area, and includes mostly the east and north areas of the UT campus.

Here is a look at the updated map:

The exceptions to this ordinance include:

The training bulletin says APD officers are "expected to use their good judgment and discretion when enforcing this ordinance."

For an initial 30-day period, officers should focus their efforts on outreach, education and warnings, according to the bulletin.

"Above all, and moving forward, officers should work to obtain voluntary compliance whenever possible. Officers should also concentrate their efforts on people sitting, lying down or sleeping outdoors in areas that are dangerous, including near busy roadways and areas that pose a higher risk of wildfire or flooding," the bulletin reads.

How officers will enforce the solicitation ordinance

The APD bulletin says this ordinance does not prohibit "a demand for payment in exchange for goods delivered or services rendered."

The bulletin describes an "aggressive manner" as:

The bulletin also states that soliciting in an "aggressive manner" could also overlap with other offenses, such as: disorderly conduct, obstructing a highway or other passageway or assault.

For an initial 30-day period, officers should focus their efforts on outreach, education and warnings, according to the bulletin.

"Officers should always attempt to gain voluntary compliance whenever possible. Moving forward, officers should focus on people who are soliciting or behaving in an aggressive manner that violates the law and jeopardizes public order and safety, or that is reasonably likely to cause fear and intimidation," the bulletin reads.

The APD bulletin says this ordinance is not intended to "limit constitutionally protected activity." It points out that, in general, asking others for money is constitutionally protected speech. Thus, the bulletin advises that APD officers "should avoid enforcement against people who are merely asking for money in a manner that is not aggressive, intimidating, or dangerous."

The new ordinance prohibits a person from “camping” in a “public area” that is not designated as a camping area by the Parks and Recreation Department. The bulletin added that it is OK for someone to camp in a public place if the person is the landowner or has the permission of the landowner. In these cases, the APD bulletin instructs officers to not "take enforcement action in these situations unless there is an immediate and identifiable risk to public safety."

The bulletin notes that the new camping ordinance no longer contains "special treatment for camping" in public areas that are dangerous or obstructing; near businesses, residences or homeless shelters; on sidewalks; or in public areas designated as high wildfire risk areas. The bulletin says officers may use their discretion to focus on enforcement efforts when "camping" occurs in these aforementioned areas.

This APD training bulletin breaks down the officers' responsibilities in the City's four-phased approach to the camping ban.

In phase one, APD officers are advised to focus on outreach and education regarding the new law and issue verbal warnings. In phase two, from June 13 to July 10, APD officers are instructed to continue to issue verbal warnings to those not previously documented during phase one. For repeat offenders, officers are instructed to issue a written warning for violating the new camping ordinance. However, people who have been previously warned may be issued with a citation for Violation of Camping Ordinance, the bulletin states.

Additionally, unless an APD officer believes there is an is imminent or immediate health or safety threat posed by the violation, before citing the person, an officer must:

In phase three, from July 11 through Aug. 7, APD officers must issue citations to anyone who was previously warned for violating the ordinance. The APD's "general enforcement guidelines" advise officers to continue to attempt to gain voluntary compliance whenever possible. Officers should also first focus on people camping in areas that are dangerous, including near busy roadways and areas that pose a higher risk of wildfire or flooding, the bulletin says.

In the press conference, Cronk said it's an all-hands-on-deck effort with a focus of keeping things safe and humane. He said to expect this process to extend over several weeks and added that outreach and education will be emphasized.

"As we all know, the issue of homelessness is complex. There are no simple or perfect solutions," Cronk said.

APD Interim Chief Joe Chacon also spoke in the Tuesday press conference. Chacon said the concentration will be on areas that pose a greater danger to the community or the encampment itself.

"Such as vulnerable populations, including the elderly or very young, physical location dangers that might be prone to flooding or wildfire danger, or areas that have reports of violence, drug activity or other criminal activity," Chacon said.

Chacon said the APD will work with the HOST team.

"There will be a period of time to educate the public," said Chacon.

The interim chief also addressed the potential for arrests later this summer.

"To be clear, arrests will be a last resort for those who refuse to comply with the citation and cease the conduct," said Chacon. "And for those that are arrested, we’re working with our Downtown Austin Community Court on a diversion process, so that the person can be transported directly to court and not to jail."

However, Chacon said if people are living in a dangerous area, police will move them immediately. He said that was happening before the ban was reinstated and will continue to happen.

The City's Homeless Strategy Officer, Dianna Grey, was third to speak Tuesday. She said there will be storage access for people moved and added that Austin Resource Recovery, Public Works and other departments will continue scheduled cleanings.

Grey said shelters are still running at reduced capacity due to COVID-19. She said, even at full capacity, shelters could not hold all of Austin's homeless population. According to Grey, the primary goal is to help people get out of homelessness and provide housing and services people need.

Grey said that when an encampment needs to be relocated, outreach partners will go to the camp several times so the people being told to relocate understand the process, give them storage options, and connect them to services. After that, there is a 72-hour notice posted.

"We all are doing everything we can to make sure this is implemented in a safe and humane way," Cronk said.

Monica's Law: How a tragedy changed the protective order search process in Texas