The "Health Through Housing" initiative is being funded by a 0.1% sales tax approved last fall by the King County Council. 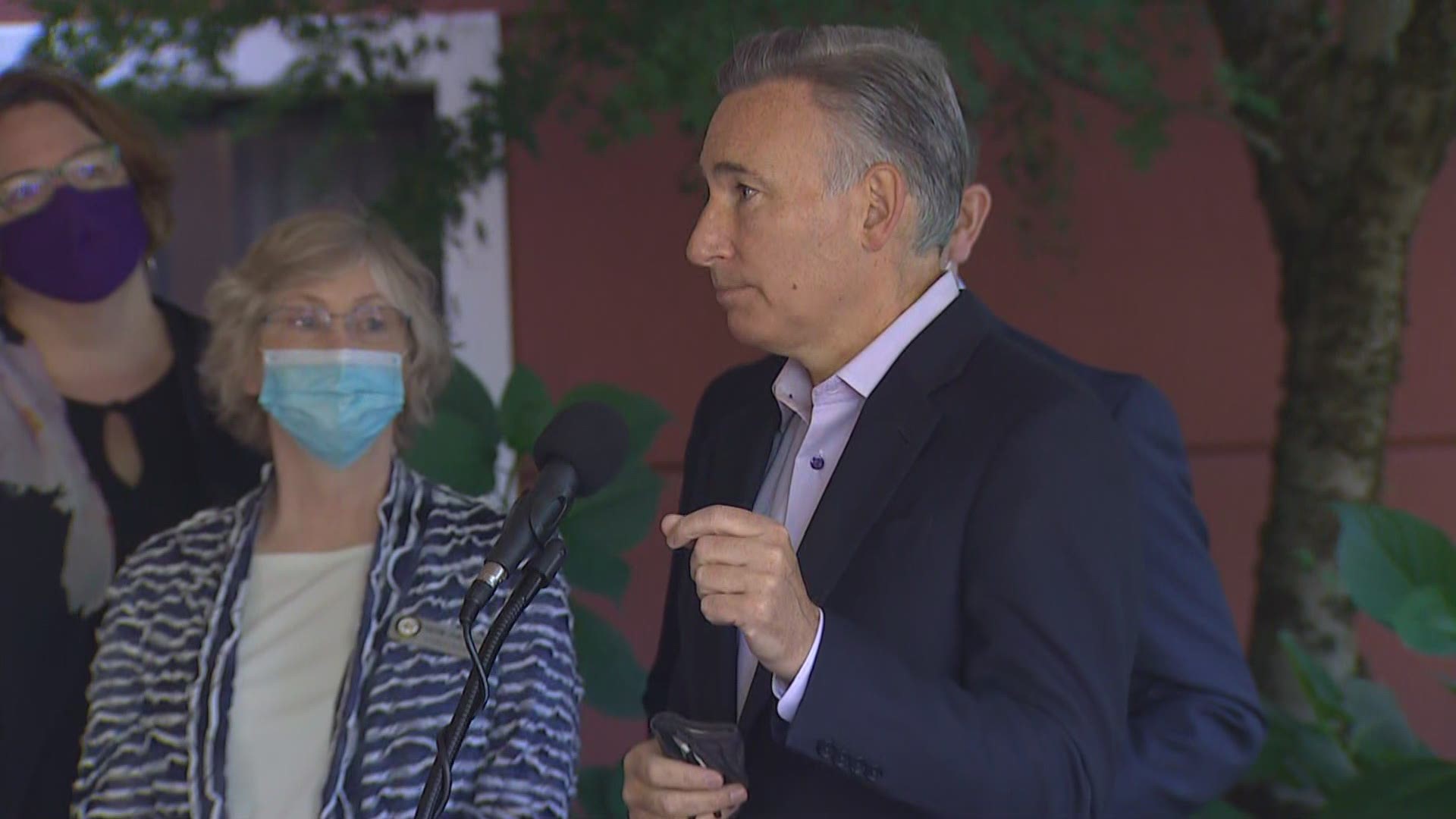 RENTON, Wash. — On Tuesday morning, Executive Dow Constantine announced that King County has purchased the former Extended Stay America hotel in Renton as a part of the “Health through Housing” initiative.

The countywide effort is focused on purchasing hotels that have been closed by the COVID-19 pandemic and using them as supportive housing for the chronically homeless.

Constantine was joined by his staff and Renton Mayor Armondo Pavone outside the hotel, purchased for $28.6 million.

According to his office, the hotel will house no more than 115 people at a time.

The hotel will operate differently than a shelter in that the number of service members will be much closer to the number of residents, increasing the level of care for those seeking help.

It will feature 24/7 staffing that will offer case management, employment counseling and access to health and behavioral health services.

The first residents are expected to move into the hotel by late summer or early fall at the latest, according to Constantine's staff.

"We intend for this to be a first stop. It is an opportunity for people to get their lives back and begin taking on the barriers that have been holding them back and move forward," Constantine said.

The hotel purchase comes as King County and the City of Renton work through legal issues that resulted from the emergency shelter at a former Red Lion Hotel. The county is working under an agreement with the city to phase out the shelter, which was set up to help curb the spread of COVID-19 at other shelters.

"We know homelessness has no boundaries, and we recognize the challenges ahead. We will partner with local service providers, governments, and the community to provide opportunities for a solution. We are confident our partnership with King County and Executive Constantine will allow us to address the needs of some of our most vulnerable populations," said Mayor Pavone.

Funding for the "Health through Housing" effort comes from a 0.1% sales tax approved by the county council in fall 2020.

Constantine announced the first major move for the initiative in May during his State of the County speech with the purchase of the Inn at Queen Anne in Seattle’s Uptown neighborhood.

The hotel provides 80 beds to help temporary residents get back on their feet and be able to support themselves.

The plan is to spend around $355 million on “Health through Housing” with the goal being to house up to 45% of King County’s homeless in hotels by October 2022.

"These are the folks in the tents under the overpasses, people who've been really struggling out there for years in some cases. It's an exciting change because it allows us to get people stabilized, rested, allows people to get cleaned up and begin taking stock of their lives, being able to accept the services that we can provide and to start to move forward again finally," Constantine said during his May speech.

Constantine made the case for his plan, explaining that buying up hotels and motels with rooms emptied out by the pandemic and economic downturn is much faster than trying to build affordable housing units, which could take years to construct.