Williamson County Judge Bill Gravell made a promise to protestors on Sunday that he will do everything in his power to fight this deal from moving forward. 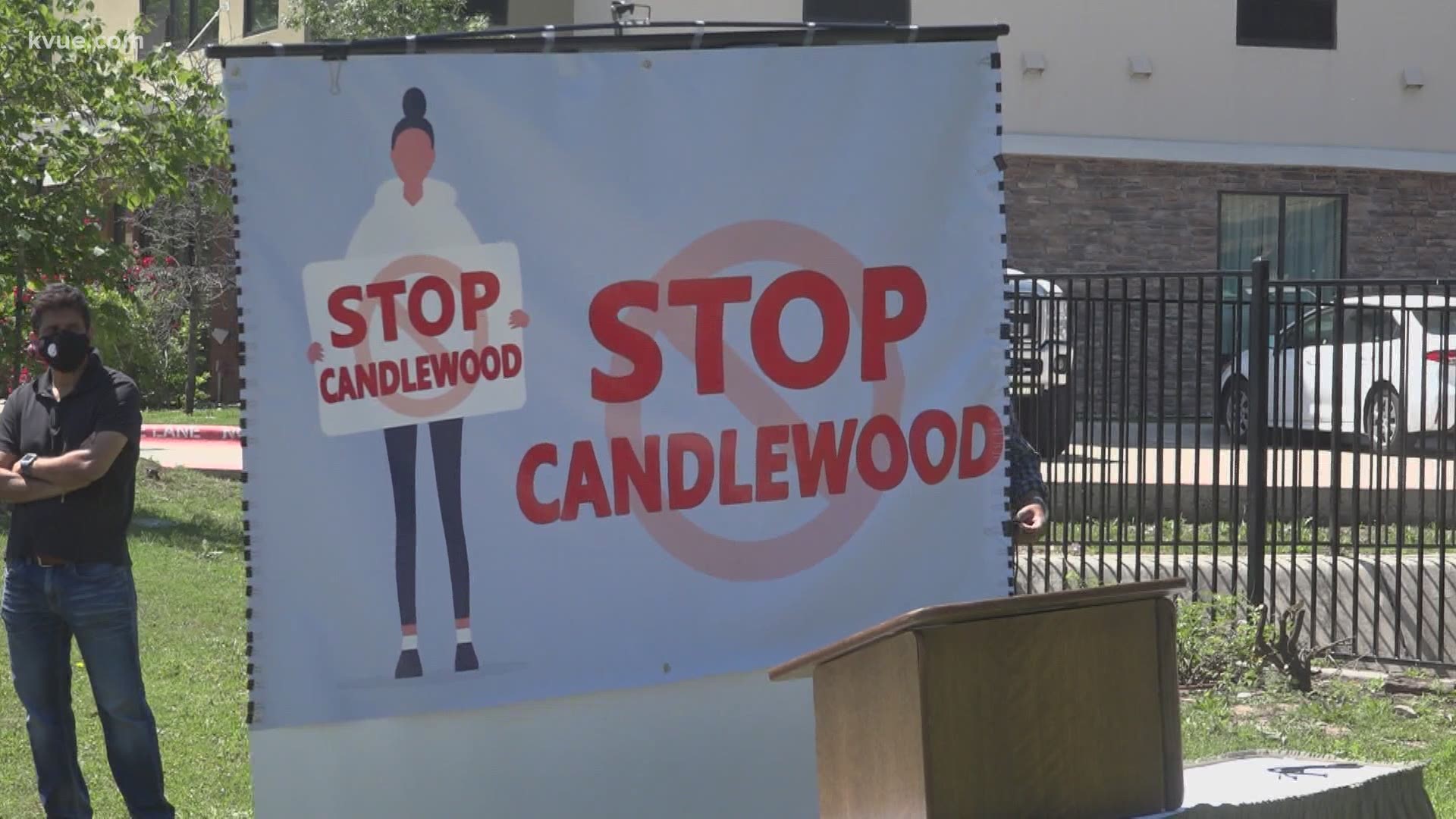 AUSTIN, Texas — On Sunday, another protest happened outside of the Candlewood Suites – the hotel located near Highway 183 and State Highway 45 that was recently approved to be purchased by the City of Austin to house Austin's homeless.

The plan is to convert the hotel into apartments for those living on the streets of Downtown Austin.

Williamson County Judge Bill Gravell said Mayor Steve Adler never told him about his plans for the hotel and that he didn't find out until the deal was finalized.

"I just want to say this to the City of Austin Mayor ... not one time have you called me about this matter. Not only does he not care, he's saying go to hell," Gravell said during the protest on Sunday.

Dozens of nearby homeowners shared their safety concerns regarding the plans. Austin City councilmember Mackenzie Kelly also voiced her disapproval of the hotel.

"It may be hard to believe this as the only Republican on the Austin City Council, but there's other councilmembers who have been open to having conversations about alternatives for the Candlewood," said Kelly.

Williamson County leaders filed a lawsuit saying they were not informed of the purchase. Judge Gravell made a promise to protestors on Sunday that he will do everything in his power to fight this deal from moving forward.