Emergency crews recovered the body from the water several hours after the ranger was reported missing, the sheriff's office said. 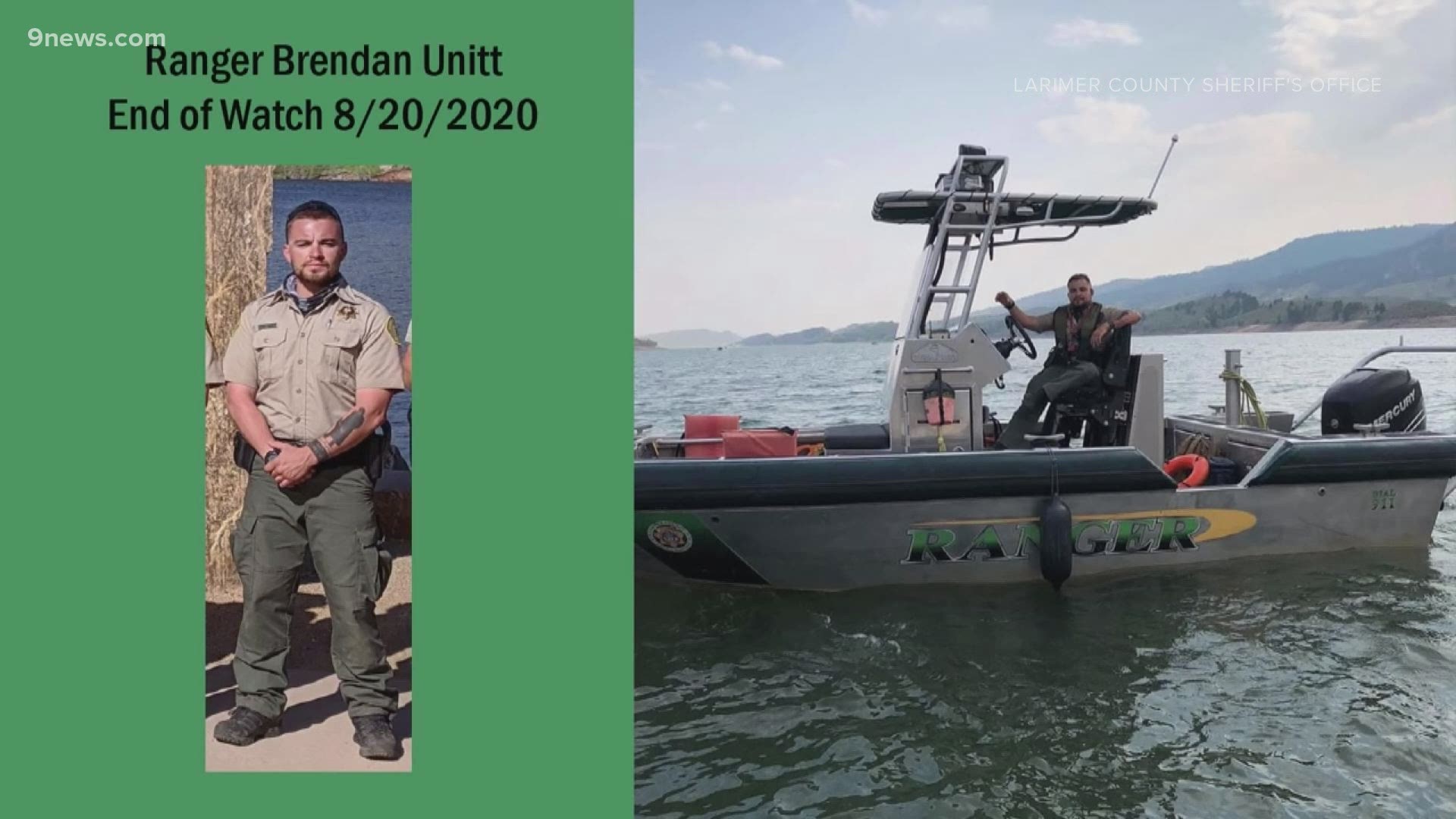 FORT COLLINS, Colo. — Emergency crews recovered the body of a missing ranger from the water at Horsetooth Reservoir early Friday, according to the Larimer County Sheriff's Office.

The ranger went missing at Horsetooth Reservoir on Thursday night from the northeast side of the reservoir, according to a tweet from the Poudre Fire Authority (PFA).

Search crews found the ranger's boat on the water but could not find the ranger. The body was recovered from the water about 3:30 a.m. Friday, the sheriff's office says in a press release.

The Larimer County Coroner's Office identified the victim as Brendan Unitt, 27, of La Salle, and listed the manner of death as an accident.

PFA, @LarimerSheriff, @LarimerCounty Rangers are searching for a missing ranger near the Rotary Parking lot on the east shore of Horsetooth Reservoir. Media staging area is the Maxwell Natural area parking lot off of Rd. 42C. https://t.co/5azMQgA1Aq

RELATED: Girl finds 3 bottles with messages inside at Horsetooth Reservoir