The Jefferson County Sheriff's Office said some victims were transported to the hospital for treatment. 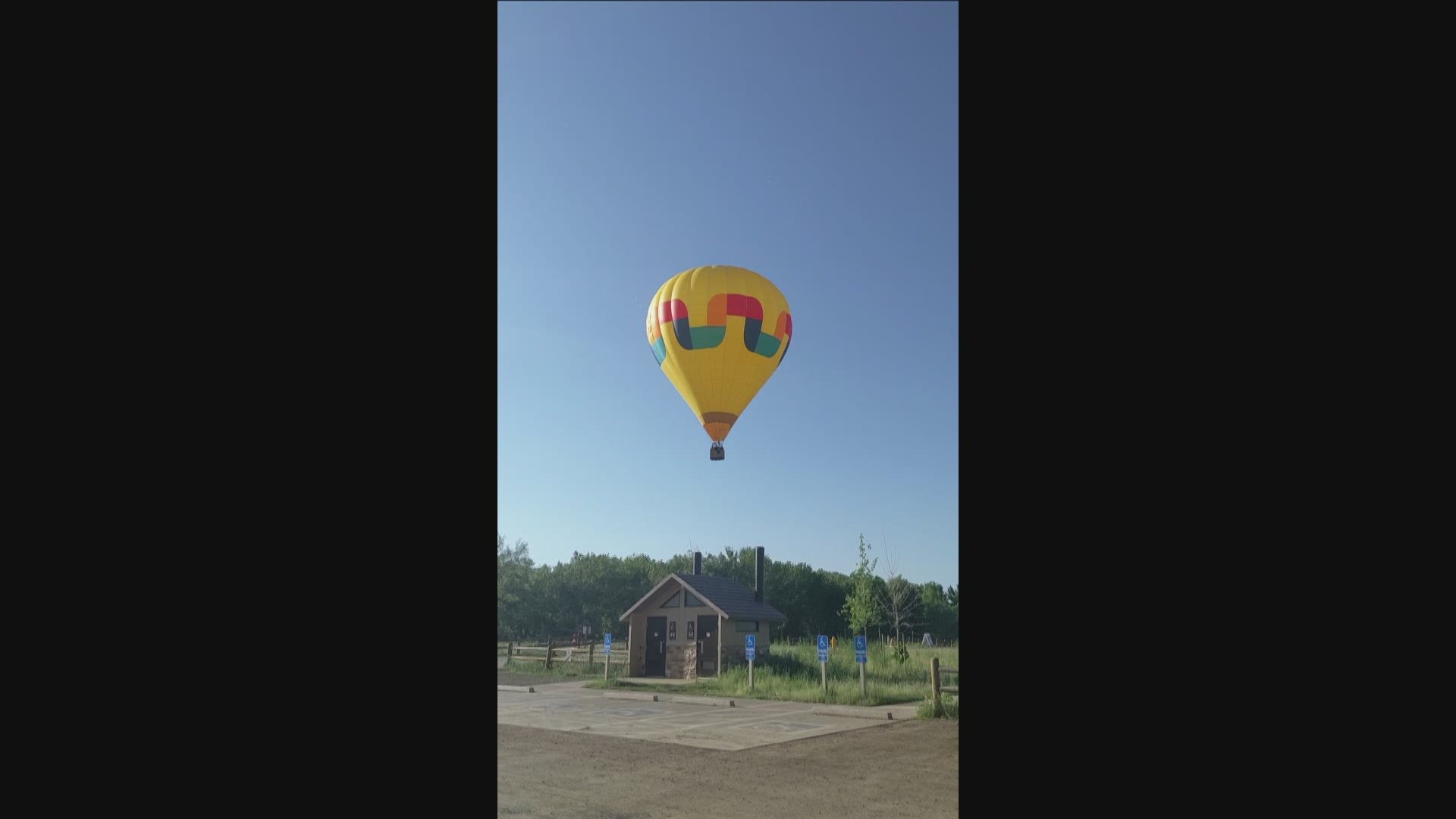 According to JCSO, the balloon crashed near swim beach at the reservoir. Three passengers were taken to the hospital with injuries that are not life-threatening, and three others did not need transportation.

A second hot air balloon had a hard landing near Waterton Canyon, according to a Colorado Parks and Wildlife spokesman.

Douglas County Sheriff's Office (DCSO) said the second balloon landed near the Roxborough subdivision with a pilot and four passengers, and there were only minor injuries suffered.

According to the second pilot, both balloons decided to make emergency landings after strong winds pushed them south, off their normal course to the north, according to DCSO.

DCSO said the second pilot also reported that the balloons did not collide in midair.

Both balloons were operated by concessionaires at Chatfield State Park. The one that crashed in the park is operated by Rocky Mountain Hot Air Balloons, and the other by Cloud Based Balloons, according to CPW.

This is a developing story, it will be updated.

RELATED: No suspects in custody after 5 shot in Aurora, police say