Hot temperatures, high demand, but not enough workers: How HVAC companies are faring during the Colorado heat wave

This heat is driving hundreds of calls to HVAC companies. While demand for repairs and inspections is very high, companies need more workers to keep up. 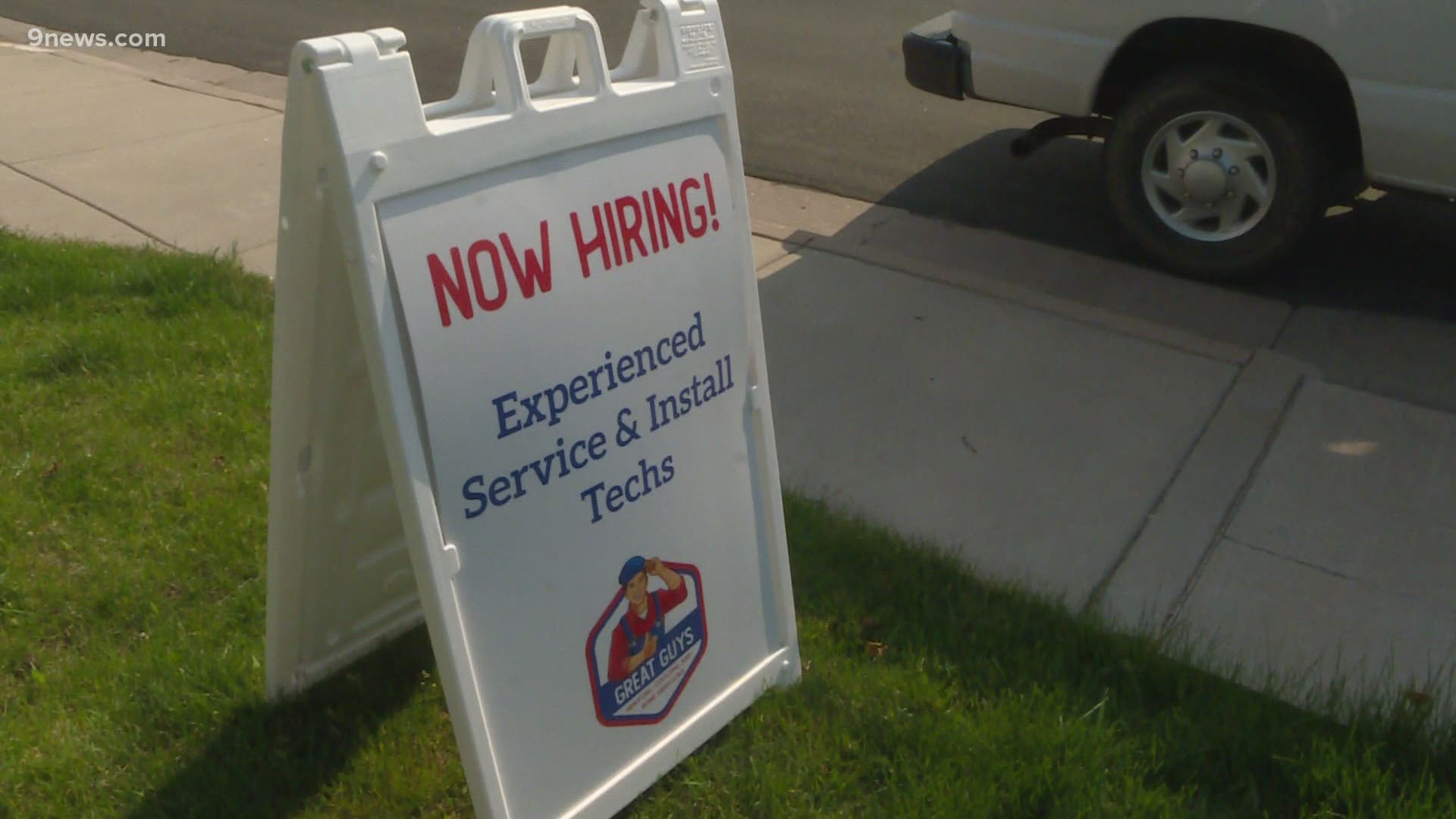 ENGLEWOOD, Colo. — Colorado residents don't need to be reminded anymore that it's hot out, and that it's a heat that's come earlier than anticipated.

But for many, that means getting your air conditioning unit inspected, or even repaired, is a must.

Companies have told 9NEWS recently that hundreds of calls a day have been coming in.

Great Guys Heating, Cooling and Electric is seeing at least 100 a day, and ROX Heating and Air, along with Steel T Heating and Air Conditioning have seen more than 200 at least one day this week.

All of them say they could hire more workers right now to help meet the demand.

"I've lived here my whole life and I've never seen an early June like this," said Chris Reister, the owner of Steel T.

"...Just be patient with us. We're doing the best we can. Everybody else is out there as well..." he said.

Even when speaking with 9NEWS in an interview, the phones were ringing in the background of the Steel T office.

"Monday, Tuesday was well over 200 calls a day," said Reister.

He explained that hot temperatures came earlier than expected which resulted in, among other things, customers not having their air conditioning inspected before starting them.

"Unfortunately, this May was incredibly wet and pretty cold. So we had to push a lot of that back. Typically late May, early June, we start to see the 80, 90 degree days, people turn their air conditioners on, they have a chance to make sure that they're operating correctly. We can deal with those... as maybe they're late season issues last year that are surfacing now," he said. "But now you're getting full demand with 100 degrees out for a week straight. And the people that didn't do their maintenances are seeing those issues as well."

Right now, Reister says they have about seven technicians, which is making it tough to handle hundreds of calls a day.

"It's a constant battle for us. I mean, we could double our install and service side and tomorrow if we could find one reputable, good, you know, good integrity people that came in that had the experience," he said. "Or even somebody that wants to learn, we'll put them in a truck, we'll pay for their schooling. We'll put them through it and really teach them the trade. So when they go out in the truck on their own in a year or two, they're prepared and ready to do the job."

Speaking of which, you can apply for a job at Steel T, here.

As of now, Reister explains that they're trying to prioritize different levels of urgency of customers' needs.

"I mean, we're trying to get to everybody we can. Some circumstances, you know, you're cooling, but you can't get below 80, but your house is cooling. I've got customers that have no cooling at all. So we're trying to take care of those because it's dangerous when it's 104 outside and when you do that for a week straight. Colorado is not used to this," he said.

Credit: Luis de Leon
Chris Reister, the President of Steel T Heating and Air Conditioning, stands in the company's office during an interview with 9News.

Not exactly a new issue

The Air Conditioning Contractors of America, a nationwide member association, explains that the issue of a shortage in the workforce for HVAC isn't exactly a new headline.

"...the HVACR industry, as well as the skilled trades, have faced a labor gap for for quite some time now and the pandemic hasn't made it any easier," said Chris Czarnecki, the government relations manager for the association. "We hear from members all over the country who are struggling to fill openings. And, you know, it's their number one issue right now. As far as public policy is concerned, workforce is is at the top of our list."

In the U.S. Bureau of Labor Statistics' Occupational Outlook Handbook, it states that the employment of heating, air conditioning, and refrigeration mechanics and installers is projected to grow 4% from 2019 to 2029.

It adds that commercial and residential building construction could drive that employment growth, but, "...The growing number of sophisticated climate-control systems is also expected to increase demand for qualified HVACR technicians..."

"The enhanced unemployment certainly hasn't helped. People are, for better or worse, being incentivized to stay home. And that, we've heard from members, has had a real effect on them being able to find people to fill those roles," Czarnecki said.

Overall, Czarnecki advocates for more people to get into trade, in order to help fill the gaps of employment in the future.

"...not just job opportunities, but career opportunities with room for growth and advancement and well-paying wages," he said. "...And these are careers that people can get into with a much lower barrier to entry than a four-year degree."