2 people taken to hospital after house fire in Arapahoe County

The fire is under control and the cause is being investigated, according to South Metro Fire Rescue. 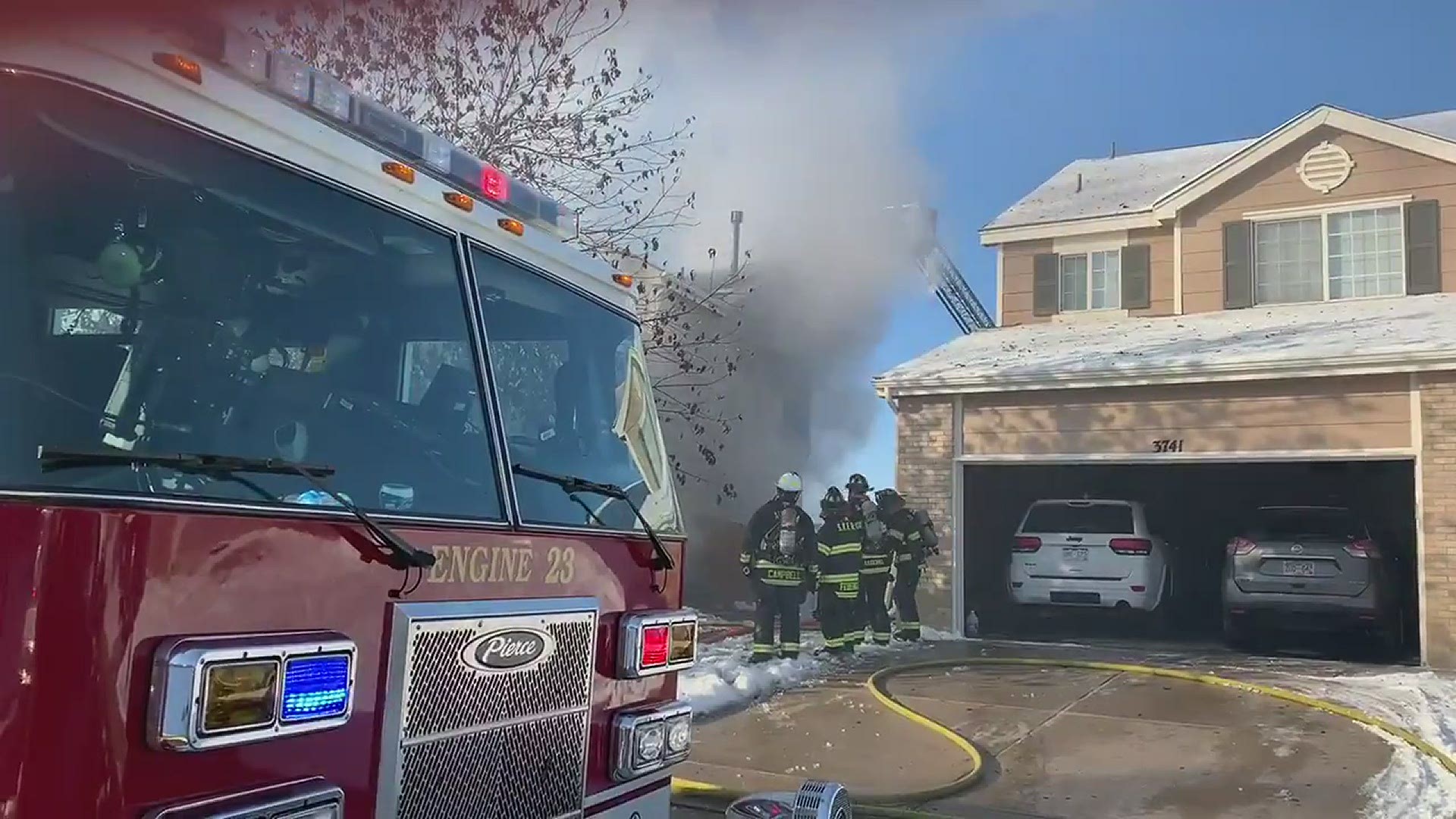 ARAPAHOE COUNTY, Colo. — Two people were taken to a hospital after a fire that caused extensive damage to a house in the 3700 block of South Lisbon Way Tuesday morning, according to South Metro Fire Rescue (SMFR).

Crews responded to the fire at 8:30 a.m. Tuesday in a neighborhood south of East Hampden Avenue and west of E-470.

The fire was on all levels of the home and in the attic, SMFR said. Flames were coming through the roof and a large smoke plume was visible.

Firefighters used a tower to get water on the fire, which was brought under control. The fire didn't spread to any of the neighboring houses, SMFR said.

The residents were able to evacuate from the house. Two of them were transported to a hospital, according to SMFR.

The cause of the fire was under investigation.

Fire has been marked under control. Fire crews will be focusing on hot spots. 2 citizens transported. Investigators on scene. pic.twitter.com/O1Ofj9eNiH