Lance Carr was playing a game of Diablo when his nephew alerted him to a fire in the garage. The fire spread to the house and destroyed three cars. 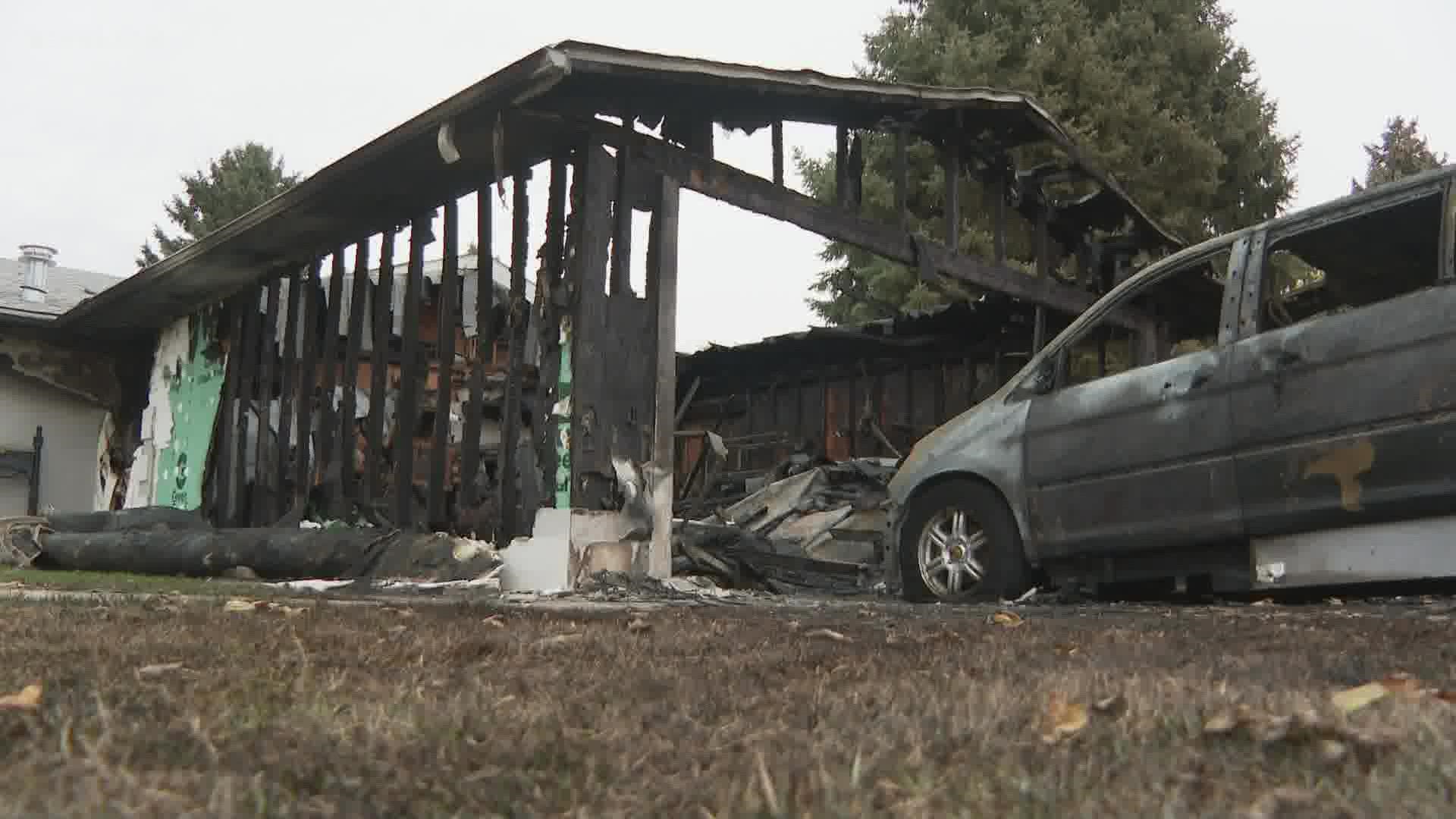 FORT MORGAN, Colo. — Any hotel stay feels too long for Lance Carr because he needs all the comforts of home.

“I just want to get back to where we were," Carr said.

He sat in his wheelchair beside the window of the room he shared with family at the Fort Morgan Comfort Inn.

“It’s getting us by, but I have to have all special equipment to be able to game," Carr said.

Video games offer Carr, 50, the freedom to move the way he wishes he could. In the virtual world, Carr doesn't have muscular dystrophy.

"It really is a different reality for me," he said. “It’s a place where I’m not trapped by this body, so I really - it’s everything.”

Last Saturday, Carr was at his family's home on South Sherman Street in Fort Morgan. He was livestreaming on Twitch a game of Diablo II: Resurrected.

“Entertaining an audience with all my repartee," Carr quipped.

As viewers watched the stream, Carr's in-game commentary was interrupted by an in-house emergency.

>>Video below: Watch the situation as it unfolded on Twitch.

Off screen, Lance Carr's nephew, Trenton Carr, had dialed 911 after discovering smoke pouring from the garage of the home.

"I had to go rescue my uncle cause I know he couldn’t get out himself," Trenton Carr said.

As the fire grew, the livestream kept going. On screen, viewers watched as Trenton Carr quickly wheeled his uncle out of the room. Eventually, white smoke clouded the frame of the web cam.

“We held our breath, and we ran straight ahead," Trenton Carr said.

Flames from the fire eventually reached the attic of the family's home and three cars in the driveway. The family of five, their four dogs and two cats made it out safely.

The family also credits neighbors and strangers who rushed over to help.

“It was just so heroic to see people you don’t know rushing into a burning building," Trenton Carr said.

The family escaped the fire unscathed, but Lance Carr's specialized gaming equipment did not.

“That assist of technology was a huge component of what we were doing to have as a normal a life as possible," Lance Carr said.

More than the home where he lived, Lance Carr misses what makes him feel so alive.

More than 100,000 people watched the stream Lance Carr recorded live. Fellow gamers have even reached out, offering to help.

The family said insurance will cover damage to the home and two of the cars, but the van Lance Carr uses to get around was not fully insured.

The family created a GoFundMe that had raised more than $23,000 as of Wednesday evening.

Fort Morgan police are investigating the cause of the fire.

Aftermath of Fort Morgan house after fire livestreamed on Twitch