A Marine and a college student stepped in to rescue a total stranger from the fiery crash Thursday. 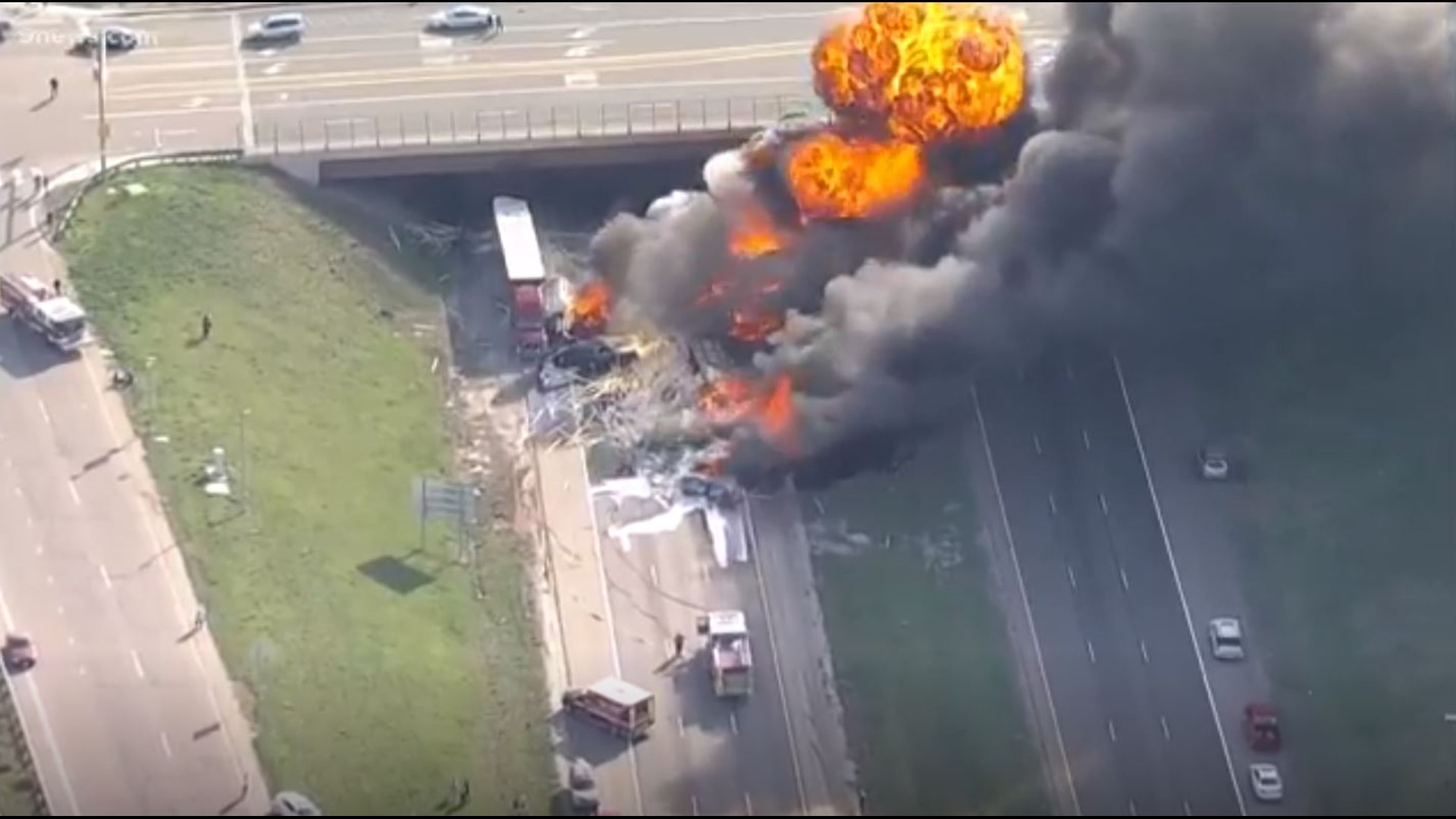 LAKEWOOD, Colo. — Traffic may have begun moving again on the stretch of Interstate 70 that was engulfed in fire Thursday evening, but there are many who are still working through what happened.

Meleia Harsch helped get a woman out of her vehicle during the crash, which saw a speeding semi-truck slamming into the back of stopped traffic on the interstate going more than 85 mph.

Maddox was the last patient released from St. Anthony Hospital after the wreck.

"I got out and got over to Leslie's car and we were able to get her out of the car," added Harsch, one of two people who rushed to Maddox's aid.

"She's like, 'I think I broke my arm, I think I broke my arm,' and I was like, 'you did but we have to go through because this is about to explode,' and sure enough, as I get her and I start walking her through, you hear the explosions, the bangs and the pops and you could feel the heat on your back," Harsch said.

"That saved my life, I would've died because I wouldn't have gotten out of the car myself. I was physically unable to I was so dazed, and I didn't know what happened. I was sitting there one minute and then it sounded like a bomb went off," Maddox said.

"Luckily, some other gentleman came over and helped us," Harsch added.

"Lloyd said you need to move - things are blowing and all of a sudden things started blowing up and smoke," Maddox said.

Both Chavez and Harsch helped get Leslie get in a car and back to safety. Harsch got in the car with Maddox while Chavez stayed behind.

"He was literally running in front of the car making sure everyone else is out of the way," said Harsch.

His Marine training and spirit of defending kicked in, something that runs in his family. His grandfather, Lloyd Chavez Sr., served in Korea with the 82nd Airborne. His uncle and son are both Marines, too.

Chavez didn't want to do an on-camera interview because he said he's not that kind of man. He is, however, the kind of man who instinctively put his life on the line for others.

"It's really awesome to get that chance to be able to help somebody," said Harsch, who wants to dedicate her life to do the same.

"I'm studying at Red Rocks Community College to be an EMT Paramedic."

Harsch hopes to get her EMT certification this summer then continue her studies to be a paramedic.

Chavez just wants everyone to know that Marines will always have our backs.