Look who showed up and started serving coffee out of a food truck in downtown Denver on Wednesday afternoon. 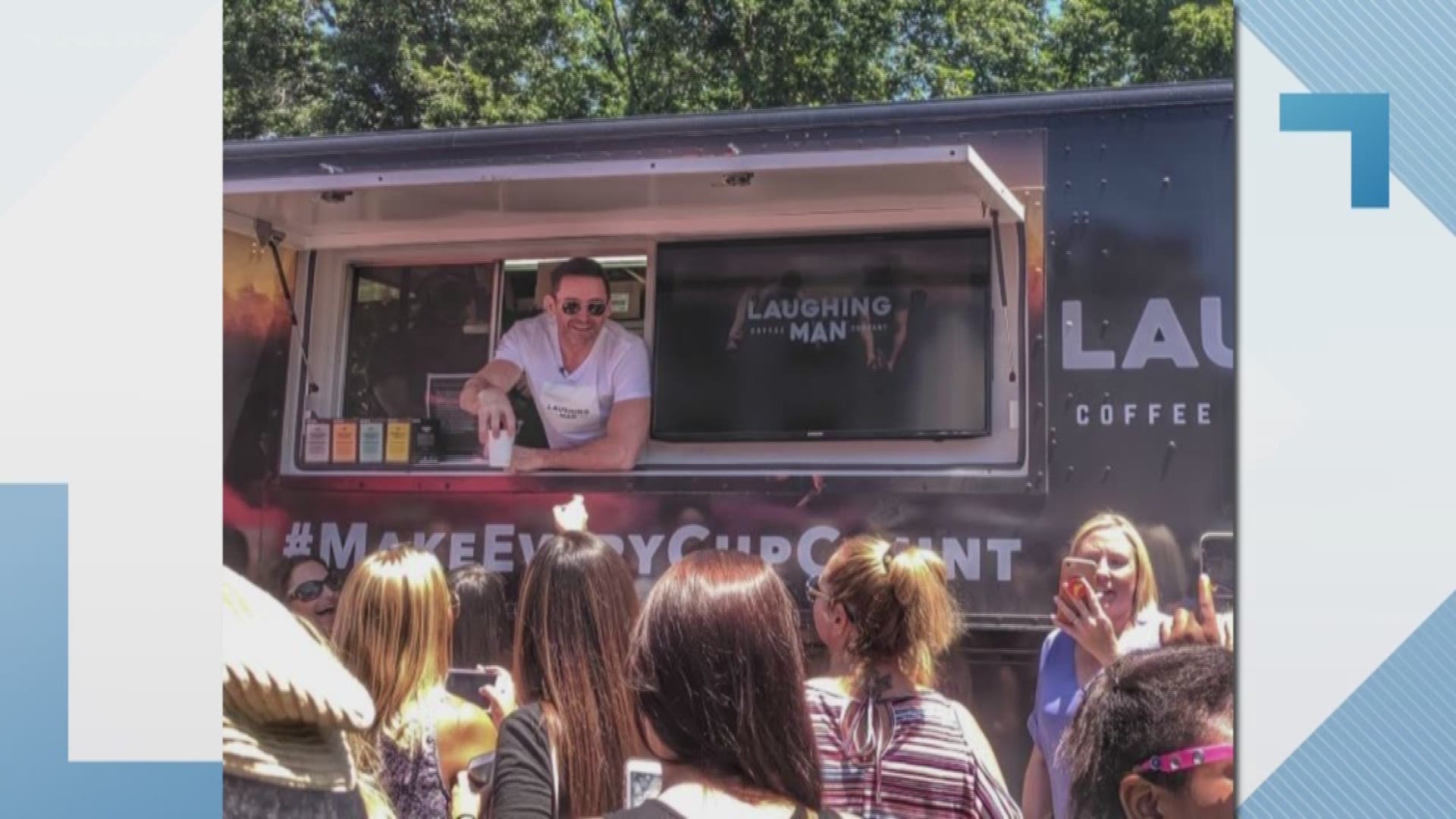 Just hours before he's scheduled to perform at the Pepsi Center, Hugh Jackman was spotted during Civic Center EATS in downtown Denver.

The Academy Award-nominated, Golden Globe- and Tony Award-winning actor and singer served up fresh cups of coffee from his side business, The Laughing Man Coffee Company.

Back in 2009, Jackman met a coffee farmer on a trip to Ethiopia. Since then, he's started a business to sell their products in the US.

And he's been making random appearances like this in cities where he's been performing.

Jackman's first world tour, "The Man. The Music. The Show." will be performed at Pepsi Center on Wednesday at 7 p.m. He's expected to sing songs from The Greatest Showman, Les Misérables and from Broadway and film, accompanied by a live orchestra.

RELATED: Hugh Jackman 'very excited' to be heading back to Broadway