Police on the scene told 9NEWS reporter Dan Grossman the victim was a resident of the home. 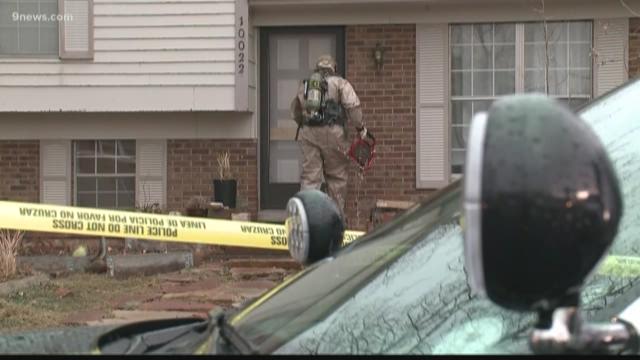 Human remains were found at home in Federal Heights on Wednesday afternoon.

On Dec. 29, 2017, a missing persons report was made for a man whose name has not been released. Family members say they hadn't had contact with him since early December.

During police interviews, family members expressed "a number of concerns regarding the welfare of the missing person", according to a news release from the Federal Heights Police Department.

On Tuesday, detectives with the Federal Heights Police Department and agents with the Colorado Bureau of Investigation executed a search warrant at a home on Eliot Circle in Federal Heights.

Human remains were found at that home.

At this time, this incident has not been categorized as a homicide. Police on the scene told 9NEWS reporter Dan Grossman the victim was a resident of the home.

An investigation is underway.

This is what we know right now. FHPD says the body found was a resident of the home. No word on why there were hazmat suits, but FHPD says there is no risk to the other people who live here #9news pic.twitter.com/u0Ww7rFSGg