The U.S. Attorney in Colorado and Counterterrorism Education Learning Lab hosted a discussion about the growing threat of domestic terrorism and violent extremism. 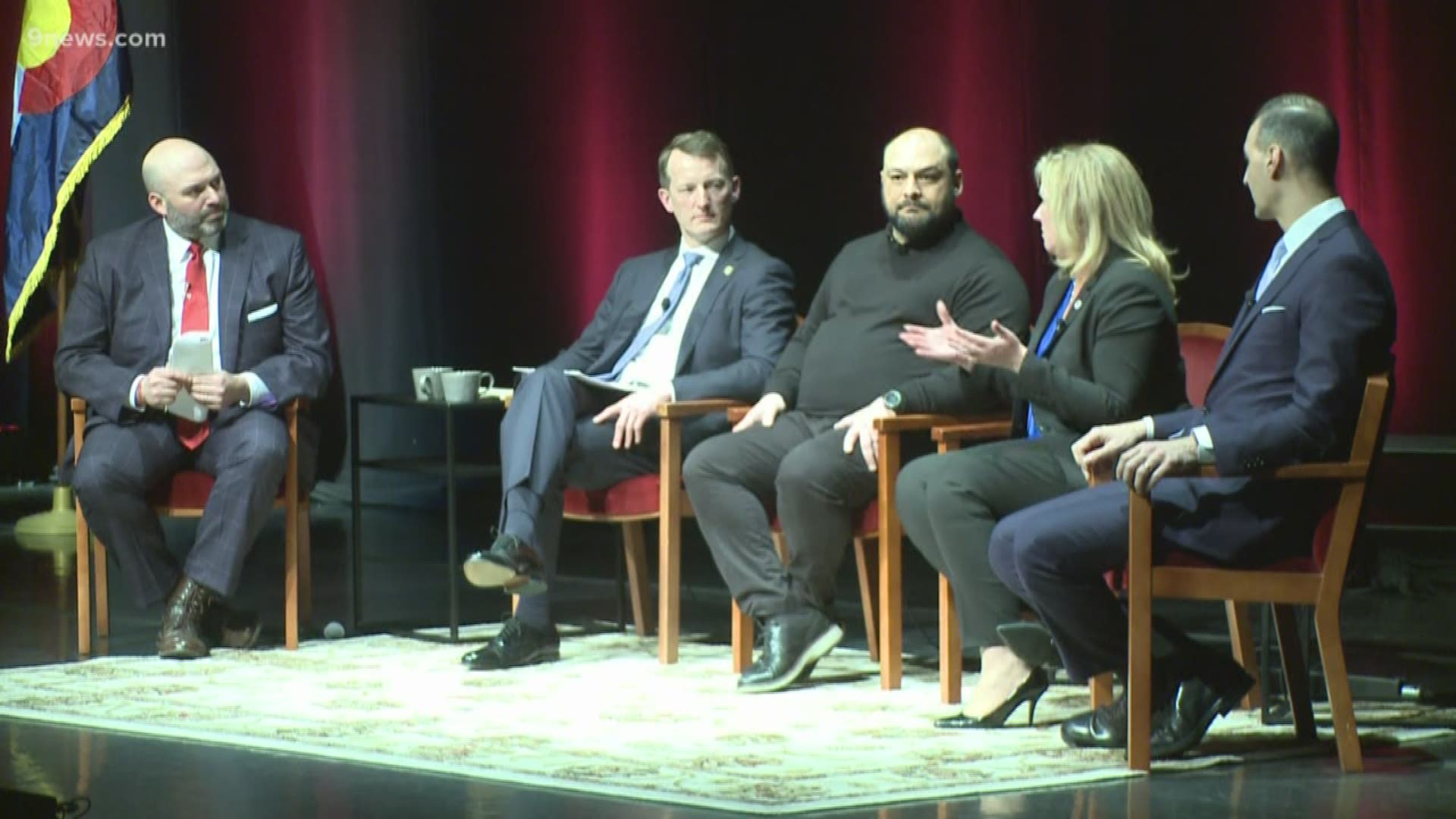 Trying to understand why violent extremism is on the rise was the goal of discussion at the University of Denver where the public and some of the biggest names in local law enforcement gathered Thursday night.

Before the forum, 9Wants to Know caught up with Colorado's U.S. Attorney Jason Dunn who said his office is on “heightened focus” regarding domestic terrorism and violent extremism.

“Unfortunately we are seeing a trend upward in not only reported acts of hate crimes but more broadly domestic terrorism. So it’s become a significant issue for my office and for the department of justice as a whole,” Dunn said.

RELATED: A prominent neo-Nazi lives in an apartment not far from downtown Denver

When asked why the country is seeing more cases of violent extremism, Dunn speculated social media plays a significant role.

“I’m not sure we have specific answers. We have lots of theories," Dunn said.  "The prevalence of social media. The ability to hide behind that. It also provides a mechanism for people to find those of like-mind and then invite each other to potential acts."

The criminal case of Richard Holzer was cited as an example during the forum. Holzer is currently in custody after an undercover sting last year in which he plotted to blow up a Pueblo synagog, according to the FBI.

Among the panelists were a former white supremacist, a member of the Anti-Defamation League and an official from the Department of Homeland Security.