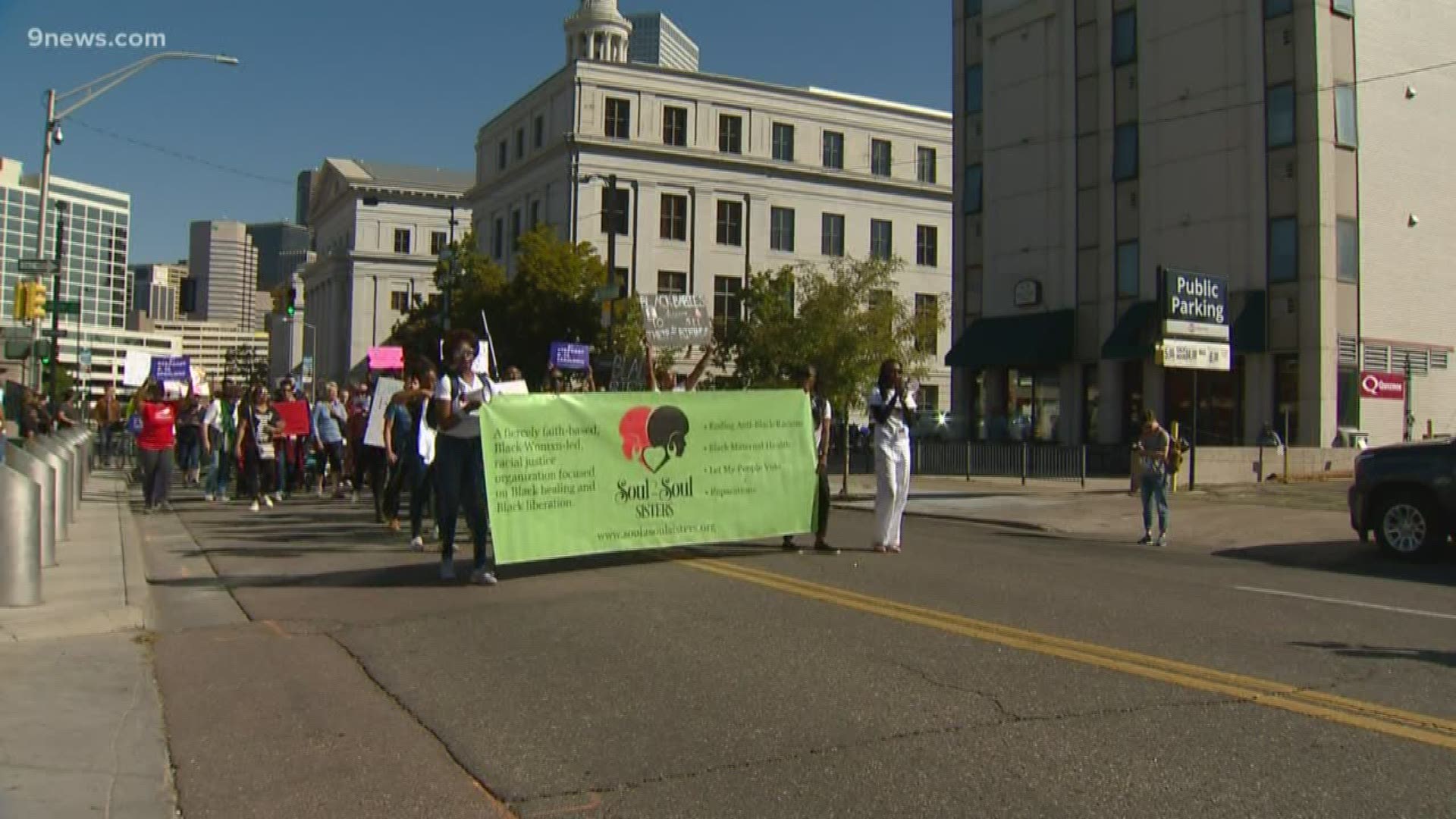 Instead of hearing sounds of cars passing through streets, you heard feet hitting the pavement and voices echoed by more voices.

The message is supporting and backing black women.

Though the march stops at the capitol, they are taking their message beyond the state building.

Jackson says, "At the end of the day this is the building where change happens, this is where policies are put fourth and so we need to let the people that are in this building Monday through Friday know that we are here.

They feel the best way to complete that task is bringing people together.

"There are is a lot of diversity here, and today is about black women but it's about all women coming together -- black, white, and brown. Everyone coming and supporting women as a whole," said Maya Wheeler, a supporter.

Jackson says, "While we have to organize and heal our own communities at the end of the day we have to come together as a whole human race to save ourselves and this earth."

The organization says it is working on getting unregistered voters registered as we get closer to an election year.