Protesters say the holiday is "racist" and celebrates the wrong values. 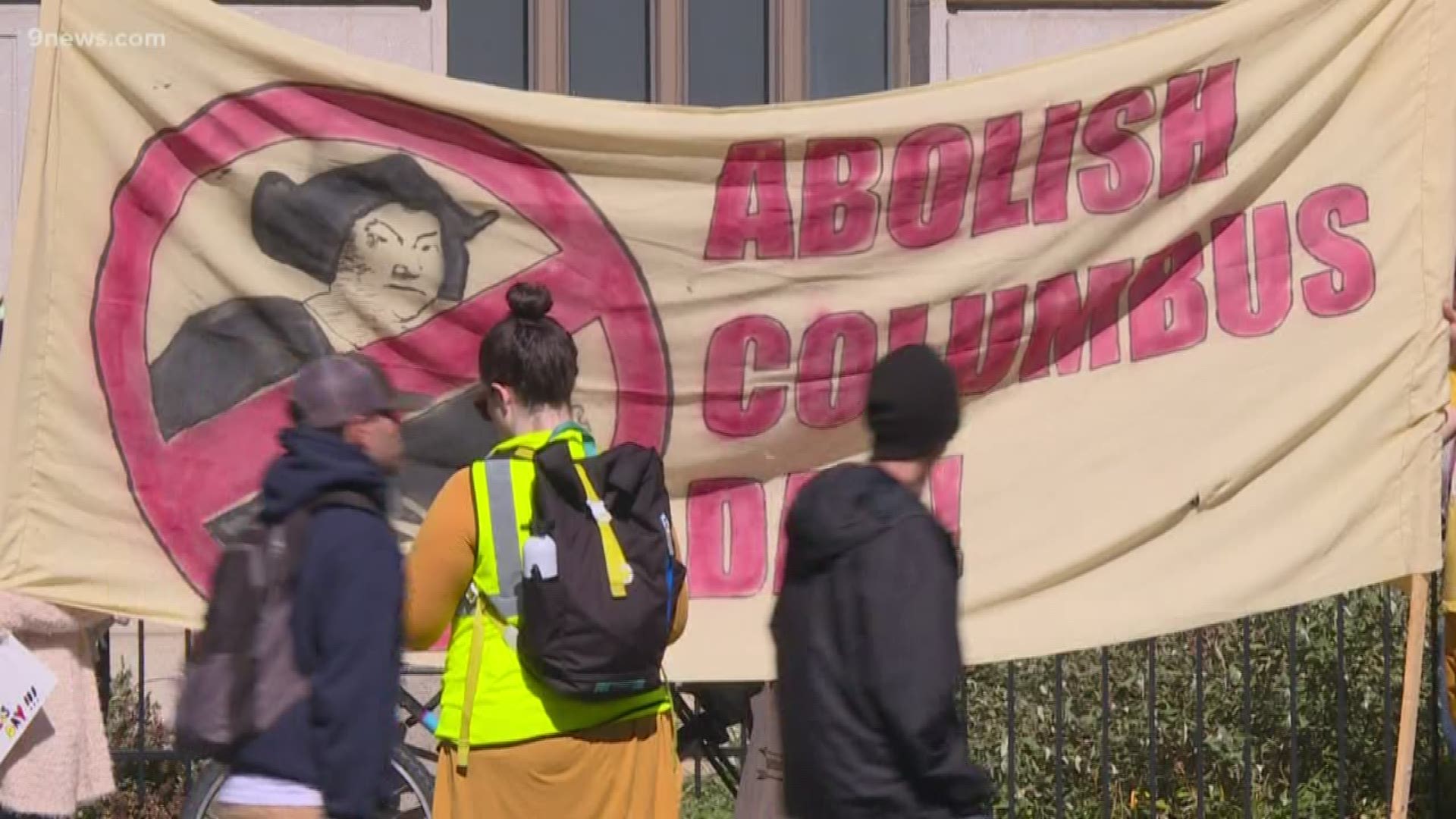 DENVER — Hundreds of people marched through the streets of Denver Saturday to protest what they call a "racist holiday." Columbus Day will be observed across the country this weekend, but Indigenous Peoples say it celebrates the wrong values.

"The state of Colorado refuses to repeal this racist holiday. What does that say about Colorado as a progressive state?" said Sky Roosevelt-Morris, one of the organizers of the Four Directions All Nations March. "We will continue to stand here with our relatives the Arapahos, the Utes, and the 43 other indigenous that called the state of Colorado home long before this state even came into existence."

The march began as they do every year, with a prayer and the resolve to protest for years to come until Columbus Day is abolished.

"His legacy is nothing to be celebrated," said Roosevelt-Morris. "This is the only holiday dedicated to a man who was responsible for the genocide of million of indigenous peoples. Indigenous peoples, indigenous lands have historically been under threat for over 500 years."

Roosevelt-Morris isn’t new to this. Her relatives organized the first march to abolish Columbus Day in Denver decades ago.

Like a ribbon of color making its way through the streets, Saturday she led a stream of hundreds through Denver as they made their way to the Capitol and brought traffic to a standstill.

The march started at four different locations around Denver, each symbolizing a direction and a cause they are fighting for. They converged on the streets around the capital.

For nearly 30 minutes, they blocked cars and danced in the streets.

Dianna Guerra brought her grandchildren with her. She wants them to know everything Columbus did, not just what he is celebrated for.

"We’re marching because Columbus did not discover us. The history books have to be changed," said Guerra. "My children deserve to open a history book and know the truth."

As the protest moved to the steps of the Capitol, the cries to change the holiday continue on for another year.