Forty volunteers from the Red Cross of Colorado and Wyoming are helping people get back on their feet after the storm. 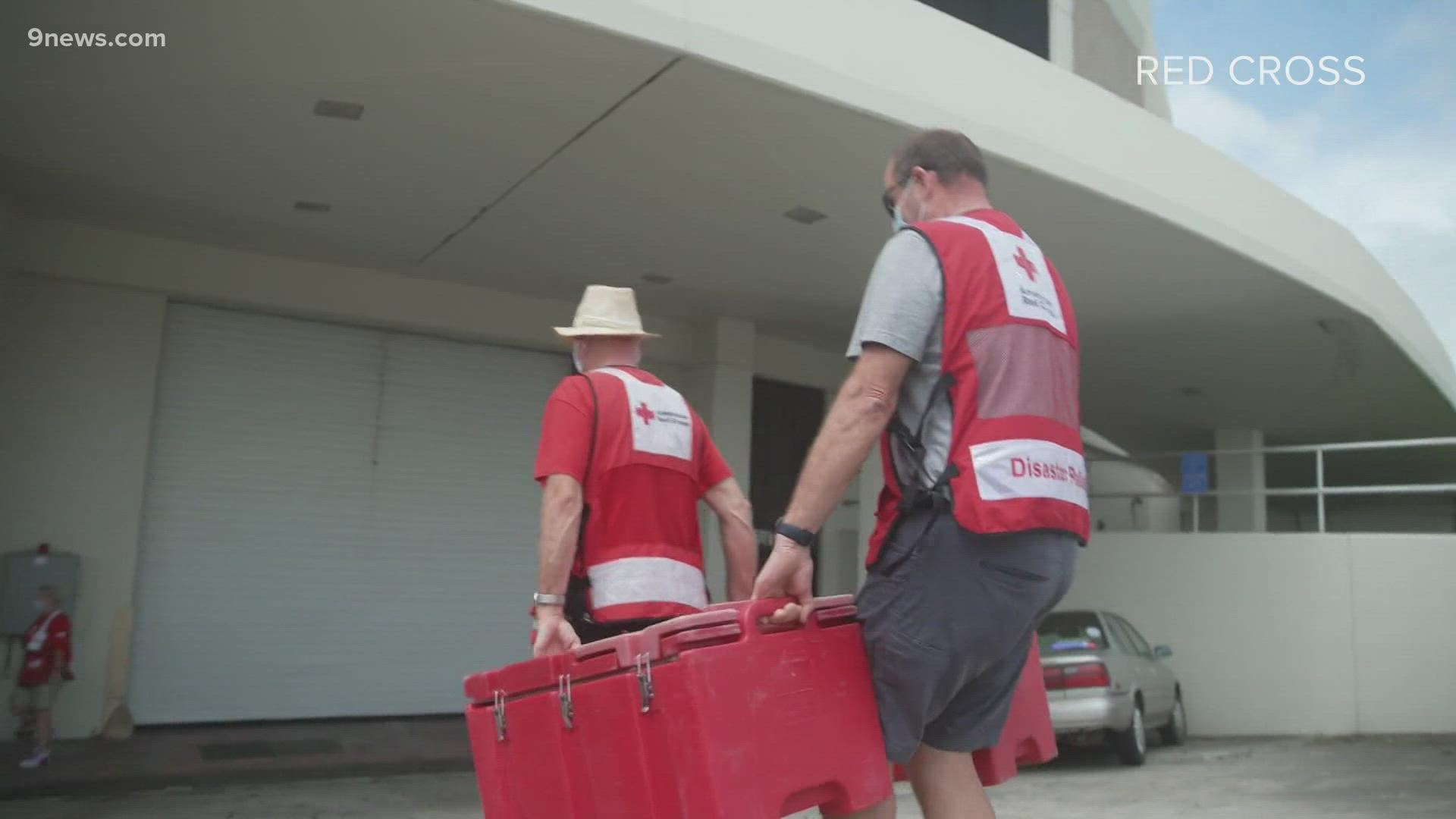 COLORADO, USA — As the floodwaters recede, the process of rebuilding begins.

A week after Hurricane Ida struck the Gulf Coast, the cleanup is just getting started. As parts of Louisiana remain without electricity, volunteers from Colorado are giving people shelter and helping them get back on their feet.

"When I arrived, I would say about three-quarters of the city was dark," said Loni Koller, a Red Cross volunteer from Highlands Ranch now deployed in Baton Rouge. "Now we’re probably at around half of the city is dark."

Koller is one of 40 Red Cross volunteers from Colorado and Wyoming now in Louisiana. Homes and entire neighborhoods remain without power, pushing evacuees into the Red Cross shelters.

A week after the hurricane, there are still more than 2,000 people living in Red Cross shelters in Louisiana. While the wind and rain may have passed, there’s still a lot of work left to be done.

"We’ve been going into locations and feeding parishes that haven’t had any power, haven’t had any services. Food can’t get to them. Groceries can’t get to them," Koller said. "The electricity still isn’t coming back. A lot of the shelters down south still don’t have power. We’re taking a lot of the shelters in the south area and pushing them up north where they do have electricity."

The Red Cross has volunteers from Colorado all across the country and abroad right now. Volunteers are deployed in California to help with the fires, New York to help with flooding, and all around the country as well as Germany to help Afghan refugees resettle.

In Louisiana, they'll be there helping until everyone can make it back home.

"It’s such a great feeling when you know you’ve made a difference for somebody who is probably in some of the most desperate times. It’s a really, really good feeling when you get to help people," Koller said. "I’m extremely proud of Colorado and Wyoming’s response to the hurricane."