Witnesses reported that the SUV made contact with the front of another vehicle causing the driver to lose control and his vehicle on I-225 in Aurora. 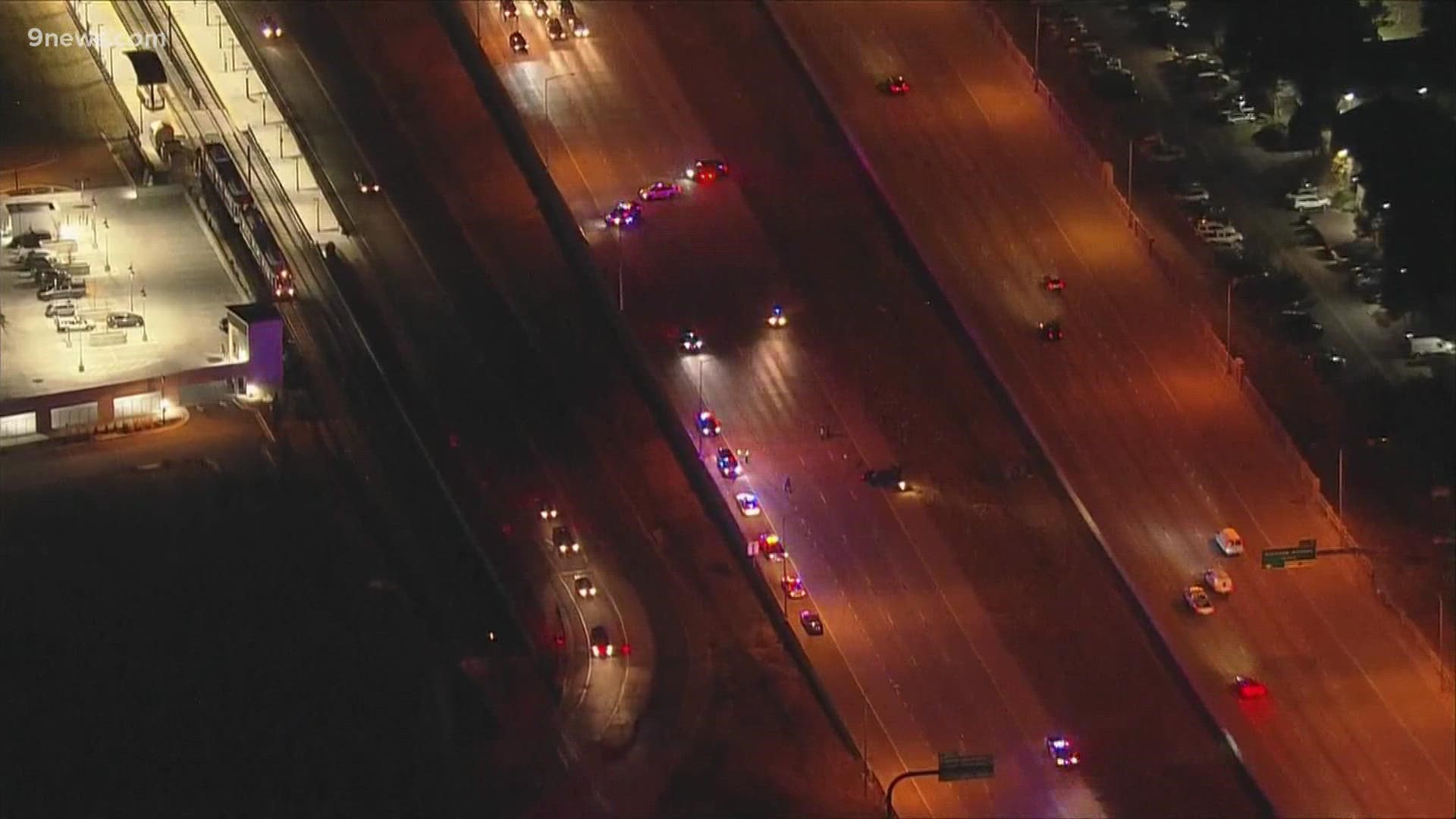 AURORA, Colo. — The Aurora Police Department (APD) is investigating a fatal crash that happened around 5:30 a.m. Thursday on Interstate 225 near 6th Avenue.

Officers who responded to the scene found a Subaru Outback that was involved in the rollover crash, along with the driver, a man, who had been ejected from the car, APD said in a release. The driver was pronounced dead at the scene, APD said.

APD Traffic Investigators were able to talk to witnesses who told them the Subaru was driving northbound in the far-left lane. Those witnesses reported that a dark-colored SUV was speeding in the center lane and quickly changed lanes, and appeared to make contact with the front end of the Subaru, according to police.

The driver of the Subaru lost control and rolled over, ejecting the driver, police said.

The SUV did not stop and police are asking for anyone who may have witnessed this crash, has dash-camera footage, or has any information on the dark colored SUV, to call the Aurora Police Traffic Investigations Unit or Metro Denver Crime Stoppers at 720-913-7867.

Police had northbound lanes of the interstate closed for three hours, before the roadway fully reopened around 8:30 a.m.

The identity of the man who died at the scene will ne released by the Arapahoe County Coroner's Office after next of kin has been notified.