'I just want her back': Man pleads for safe return of emotional support dog 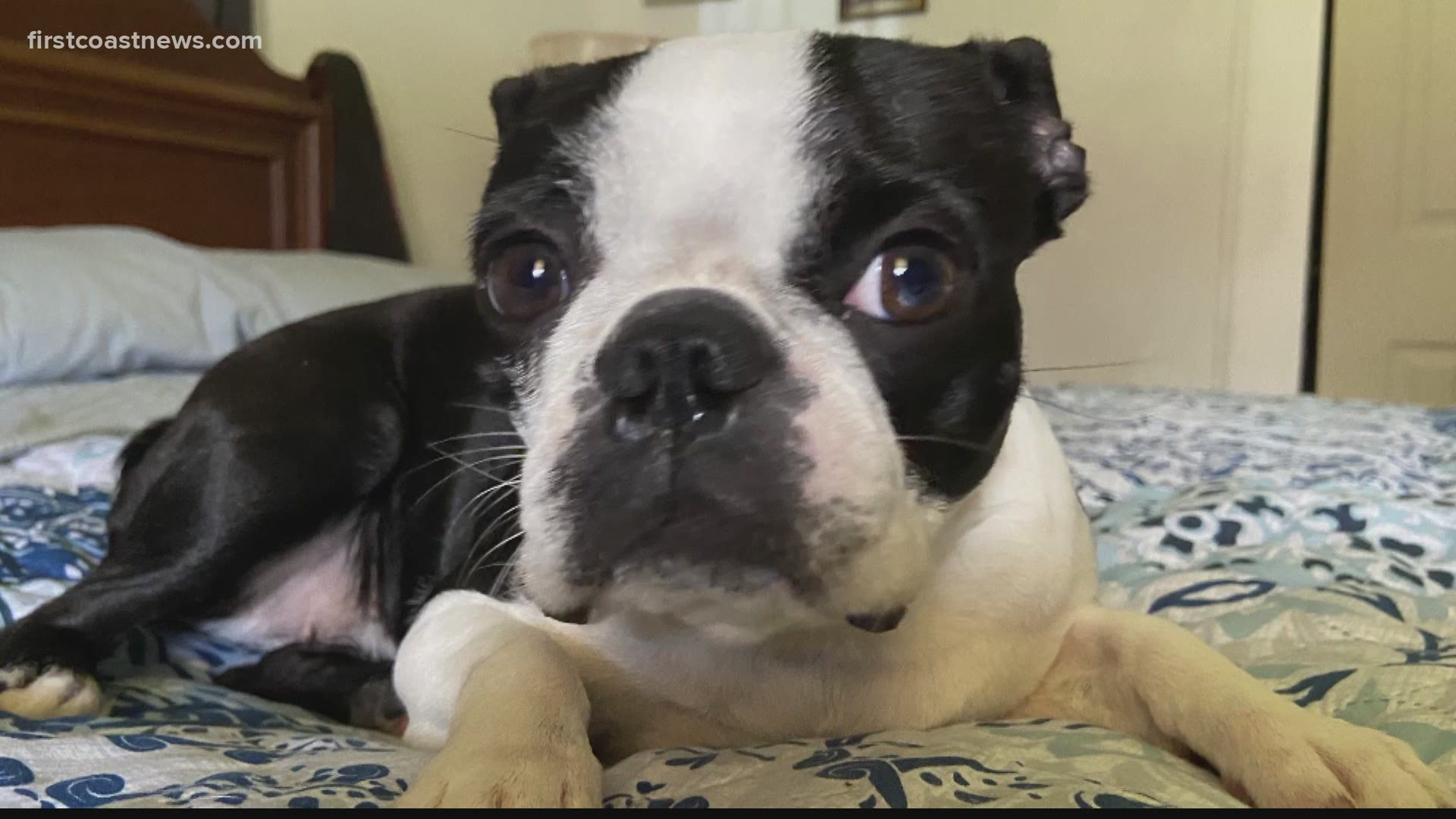 "She's gorgeous," Shackett said while looking through photos on his phone.

The pictures are all he has after Shackett said that light dimmed the day he came home from work and could not find her.

Shackett believes his former roommate took Daisy Mae after telling her she had to move out from his west Jacksonville home about a month ago.

He filed a police report but has not been able to track down the roommate.

Shackett registered Daisy Mae as an emotional support animal, providing him comfort for his diabetic neuropathy.

"When you wake up and she's in your bed and you pet her and you play with her and you rub her neck, you can't do that now," Shackett told First Coast News.

Daisy Mae's food bowls are right where he left them, in the kitchen, but they're empty like the void he has when she is not around.

"I don't sleep at night," Shackett said. "I'll go to bed for the first hour. Then I'm up all night."

His simple request is for her to be returned, but so far that wish has gone unfulfilled.

If you have any information about the whereabouts of Daisy Mae, you can call the Jacksonville Sheriff's Office at 904-630-0500.  Shackett says she is not wearing a collar.