Wet Mountain Wildlife Rehabilitation is the only licensed facility accepting fawns in the region. They're the last hope for sick, injured, and orphaned fawns. 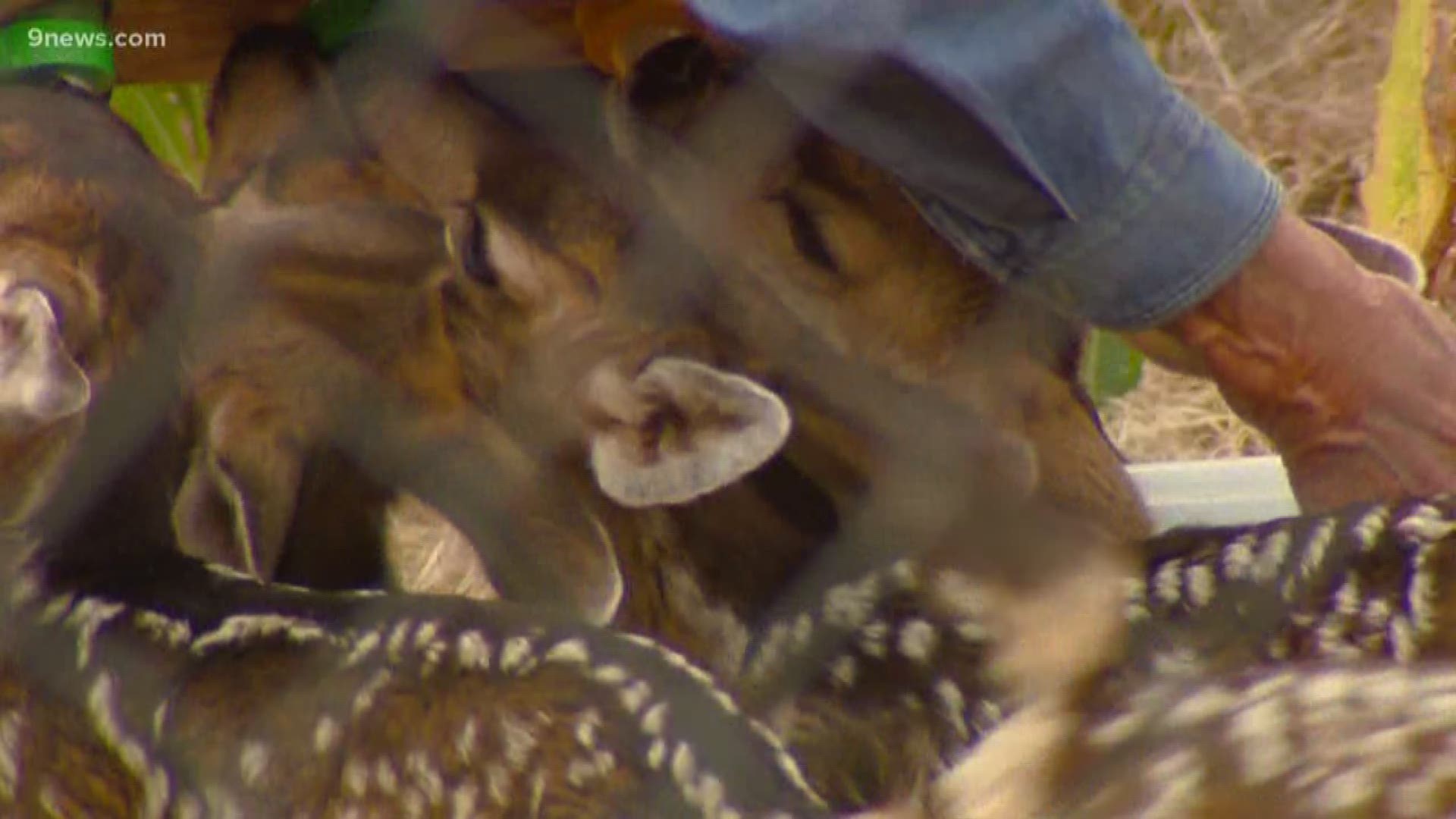 COLORADO, USA — Colorado Parks and Wildlife (CPW) is pleading with people to leave wildlife alone -- even if you think a baby is abandoned.

In June, CPW was able to reunite a fawn with its mother after someone in Colorado Springs wouldn't leave it alone, according to a tweet from the agency. Officers returned the fawn to where it was found so its mother could find it.

RELATED: Yet another fawn orphaned after people wouldn't leave it alone (CPW saved it)

Wildlife rehabber Tom Sanders said that a doe can leave her fawns “consistently for up to, maybe as long as, 8 hours. Sometimes even longer if something is going on.”

Sanders and his wife Cec have been rehabbing fawns and other large mammals at their home in southwestern Colorado for decades. “This is what we do. I don’t want to travel. I don’t want to go anywhere. I love it here,” Cec Sanders said.

The Sanders’ are currently rehabilitating 14 fawns among other animals. Cec Sanders said that June is their busiest month for baby deer because “that’s when most of them are born.”

For the time being, almost all their rescues are, what the Sanders’ call, “legitimate.” According to Tom Sanders, that’s unusual. “We’ve rehabbed and released hundreds of fawns, easily well over 200 … half or more of them were literally kidnapped and should never have been brought in.”

Assistant area wildlife manager for CPW, Cody Wigner said, “a lot of people think they’re doing the right thing by picking these animals up but what they’re really doing is causing more harm than good.”

If CPW is not able to return the fawn to its mother, officers will try to take it to a rehabilitation facility like the Sanders’. “It’s unfortunate that we have to take any down there. We’re really trying to reserve just those spots in rehabilitation for fawns that are truly orphaned,” Wigner said.

“We try to keep the transports localized to prevent the spread of disease,” Wigner said.

When CPW can’t return a fawn to its mother and no rehab facility is available to accept it, an officer will euthanize it.

“I’ll be honest, that’s the worst part of the job … Nobody in this agency got a job wanting to kill animals. That’s the lows of my days and weeks. That’s the stuff that I think about kind of before I go to bed too,” Wigner said. 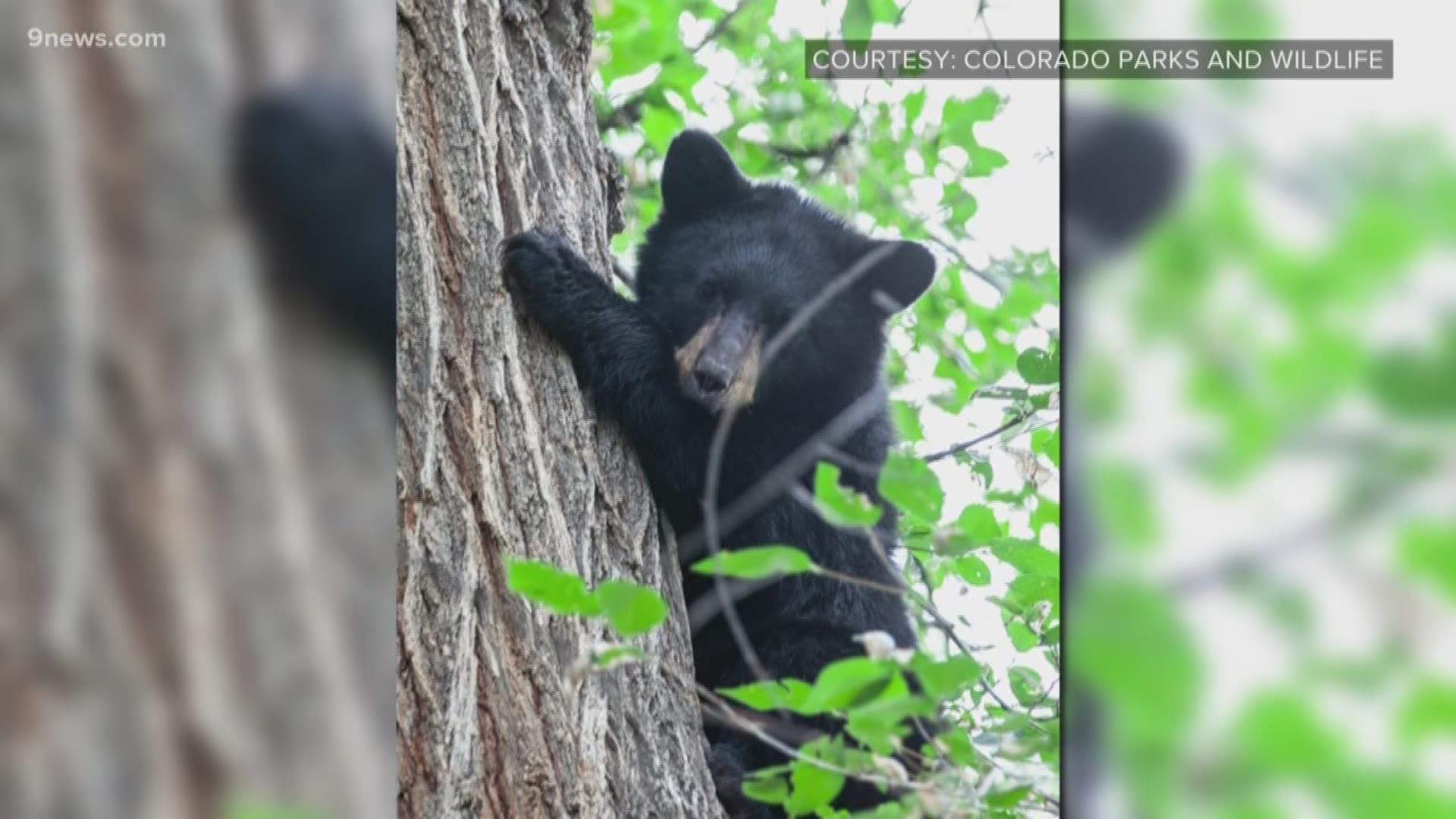 Cec Sanders worries the policy encourages “people to raise them themselves.” Tom Sanders called that a death sentence for a fawn.

As Colorado’s population grows, development pushes deer and other animals out of spaces once reserved for the wild.

While those interactions become more common, CPW said there are “fewer and fewer rehabilitators.” The Sanders don’t plan to abandon their rehabilitation facility anytime soon but acknowledge the many factors keeping others from replacing them.

According to Tom Sanders, state regulations are “very restrictive.” Wigner said wildlife rehabilitation in the state is “pretty well regulated for a good reason.” He explained that once someone applies for a license, they will “operate under a licensed rehabilitator.”

Land is another barrier. “You can’t just do it anywhere,” Tom Sanders said.

Perhaps the biggest obstacle is the financial burden. This past year, CPW offered financial support to rehabilitators in the state with funds from a grant.

Tom and Cec believe the lack of fawn rehabilitation facilities in the state combined with increased development will get worse before it gets better.

“I do believe the potential is here for this problem to get large enough for it to just get out of control. I think we’re right on the verge,” Tom Sanders said.

Even for the experienced rehabilitators, the solution isn’t clear.

"We see the need but not the answers,” Cec Sanders said.

Until those answers become available, Tom and Cec Sanders will continue helping wildlife in the best way they know how.

"Maybe we can’t solve the future problem, but we tried what we could," Cec Sanders said.

For CPW, the answer lies in the ability to coexist.

“Ultimately, it’s going to be on the people and the citizens of the state doing their part to live with wildlife and help us manage that wildlife to where we keep those populations healthy and minimize conflicts with them,” Wigner said.

RELATED: Baby fawn born after its mother was struck, killed by motorcycle