ICE critics marched from Denver's City Park and arrived at the facility shortly after 2 p.m., where ICE supporters had already gathered. 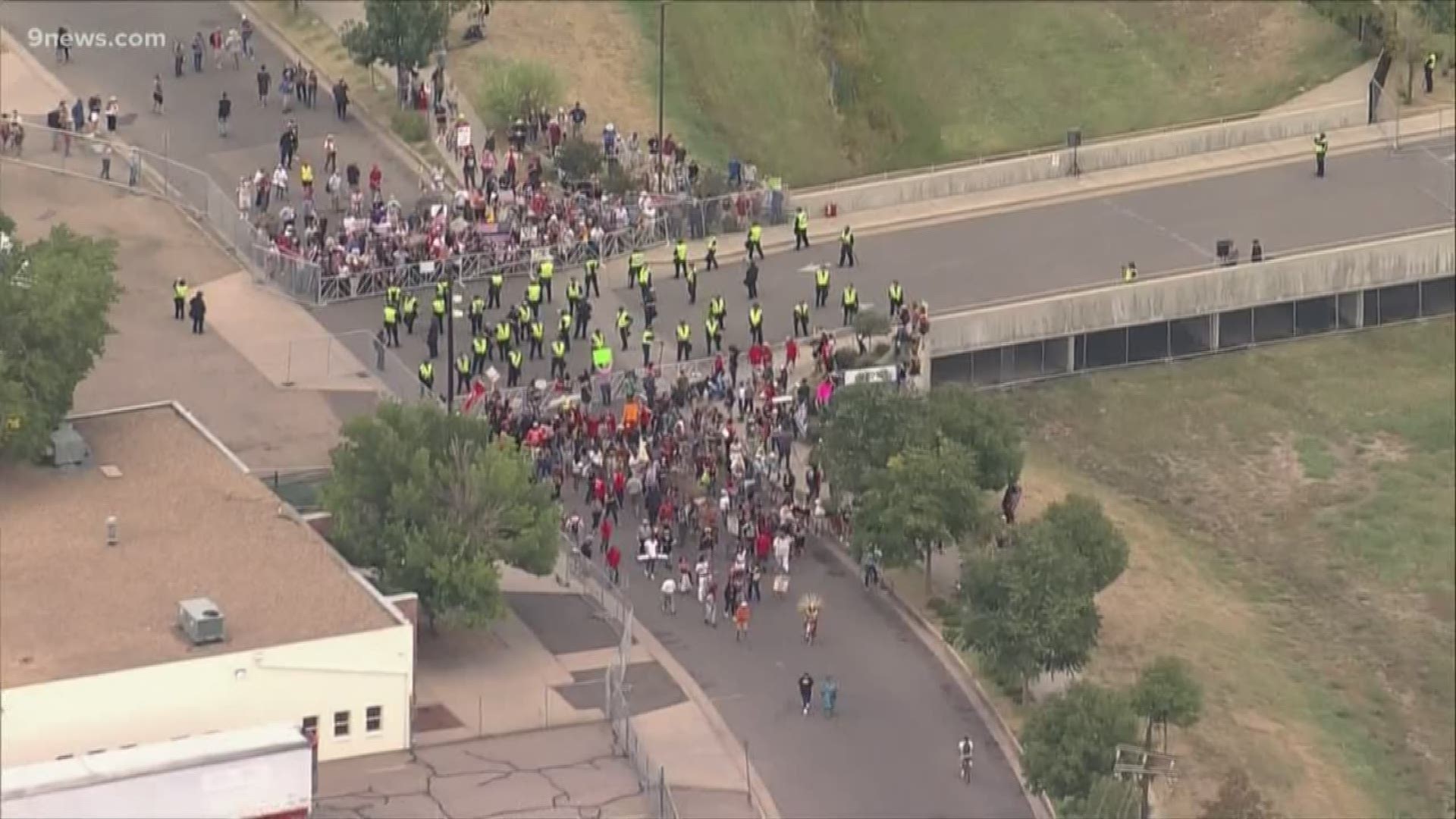 AURORA, Colo — Protests both by those who are critical of ICE and by those who stand with the organization took place in Aurora and Denver Saturday.

"ICE" is the acronym for U.S. Immigration and Customs Enforcement, an agency within the Department of Homeland Security that is principally responsible for immigration enforcement.

One group, those against ICE, began marching from Denver's City Park down Colfax toward the facility in Aurora at about 11 a.m. ICE supporters had already started to rally at the facility that morning.

The ICE critics arrived at the facility around 2:15 p.m., where they gathered behind barriers that had been placed between their group and the ICE supporters group.

A line of Aurora police officers also stood between the two groups, who mostly chanted and occasionally hurled insults at each other.

The two groups dispersed peacefully shortly after the marchers arrived, around 3 p.m.

Aurora Police Chief Nick Metz said they had expected large crowds and that hundreds of hours of planning went into ensuring safety for both groups during the event.

"That was why we had the level – the number of officers we had out here and the type of equipment," Metz said. "We also wanted to make sure the people out there, exercising their first amendment rights, were safe."

Metz said police met with organizers from both sides in advance, including creating the strategy of placing barriers to keep the groups apart.

"We wanted to make sure we didn’t have any violent skirmishes," Metz said. "Obviously this is a very emotional issue that they’re protesting. So our strategy was to do our best to keep the two groups apart."

The following road closures were in place during the protest:

Aurora Police said ahead of the event that they respect people's rights to protest, but won't tolerate anyone picking fights, threatening others or damaging property.

The protests followed a march on Thursday night that targeted an immigration facility director at his home in an Aurora neighborhood.

There was a large police presence at the protest as officers monitored the crowd that marched through the neighborhood while chanting.

They said there were no injuries and the protest was non-violent.

After the protest ended, Aurora Police Chief Nick Metz tweeted about his disappointment in the protesters' tactics.