Agencies across the Denver metro area tweeted Saturday night about a high volume of calls, incidents related to fireworks. 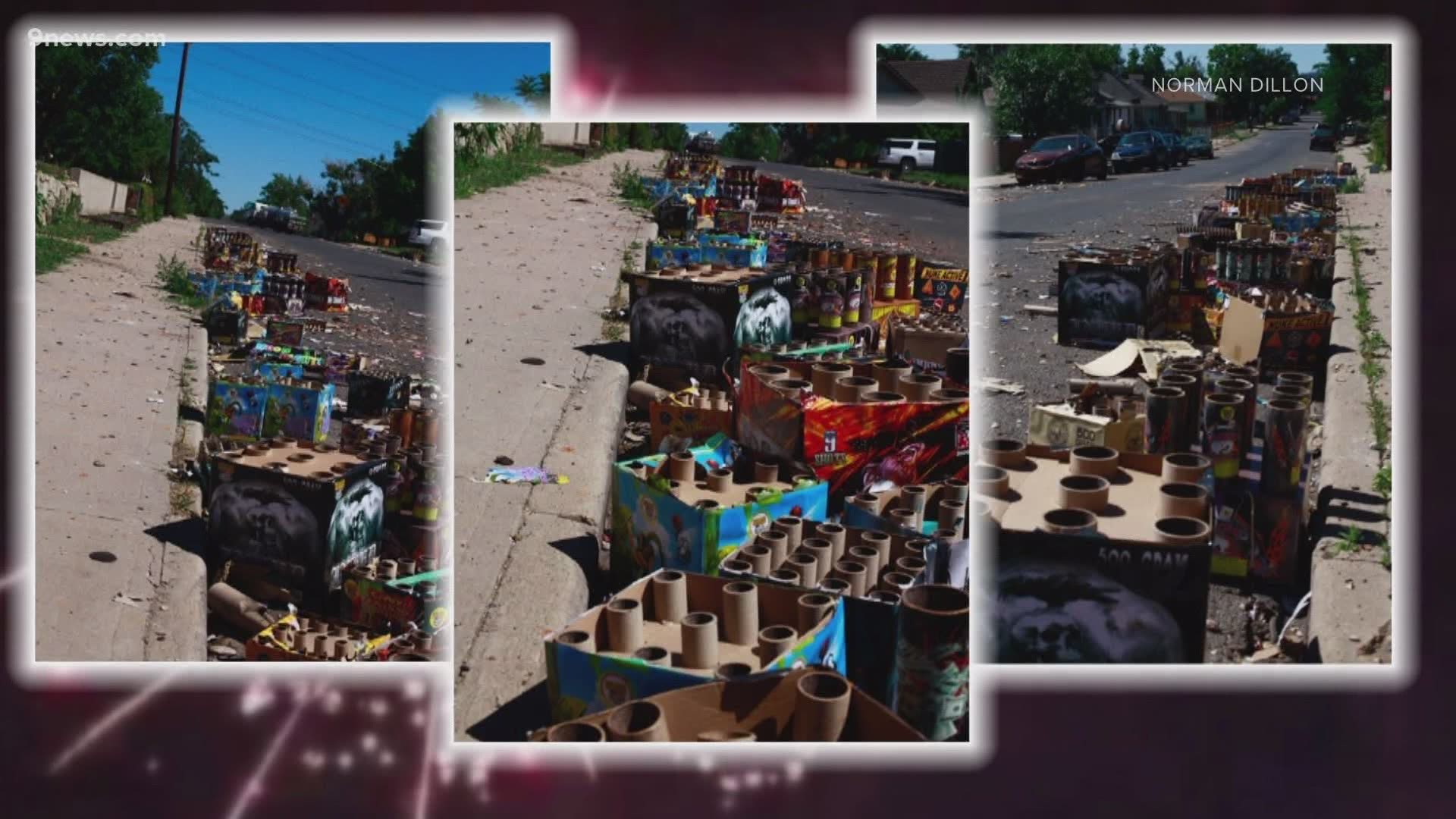 DENVER — As booms of fireworks exploded across the Denver metro area after dark on Saturday, law enforcement and fire agencies seemed to have their hands full responding to the calls.

9NEWS is reaching out to agencies for the numbers of reports they responded to related to fireworks on Saturday night.

With most professional firework shows canceled, people put on their own shows. Footage from Sky9 just before 11 p.m. Saturday showed a high volume of fireworks exploding across the city.

>> Above: Video from Sky9 of fireworks in the Denver metro area.

South Metro Fire Rescue said that from the early hours of July 4 into the morning of July 5, their crews responded to: eight brush fires, six outside fires, five illegal burns, four smoke investigations outside, four Dumpster fires, one garage fire and one house fire.

A spokesperson for West Metro Fire Rescue (WMFR) said their crews responded to about a dozen fires whose cause was confirmed or suspected to be fireworks. Those included fires in grass, Dumpsters and trash, and on a fence.

The fires were small, except for one at 5600 W. 10th Ave. in Lakewood, and some were extinguished before fire crews got there, the WMFR spokesperson said.

North Metro Fire Rescue did not respond to any fireworks-related fires on Saturday night, according to an agency spokesperson, adding that North Metro usually has a handful of fireworks-caused fires over the few days surrounding the holiday.

Fort Collins Police said on Twitter that their dispatch center handled 260 calls between 9 and 11 p.m. Saturday; however, that was the total number of calls and not just those because of fireworks.

On Saturday night, several law-enforcement and fire agencies tweeted about their responses to fireworks calls:

Before the sunset, South Metro Fire Rescue and Aurora Fire Rescue responded to a brush fire behind 7171 Cherokee Trail in Arapahoe County, after neighbors reported seeing an adult playing with fireworks in the area before the fire started:

About an hour later, South Metro Fire listed six fires and two medical emergencies that crews were responding to, saying, "This is what we feared, warned the community about and up-staffed 5 extra fire engines for. Multiple fires are occurring across the South Metro area right now."

About the same time, Douglas County Sheriff's Office tweeted that their dispatch center was overwhelmed with fireworks calls:

Farther south, the same thing was happening, as the El Paso County Sheriff Office asked people not to call the Communications Center to report hearing fireworks with no other information, and to only dial 911 to report emergencies.

Around midnight, West Metro Fire Rescue said on Twitter that crews had responded to eight fires caused by fireworks: "West Metro geared up for the 4th of July, putting more resources on duty, in case something like this would happen."

Also about midnight, Aurora Fire Rescue tweeted video of a dumpster fire suspected to have been caused by discarded fireworks and reminded people there was a phone line available for non-emergency fireworks complaints: 303-627-5678.