Michael Atkins said a relationship he formed with a teacher at the age of 7 led him on a unique career path. 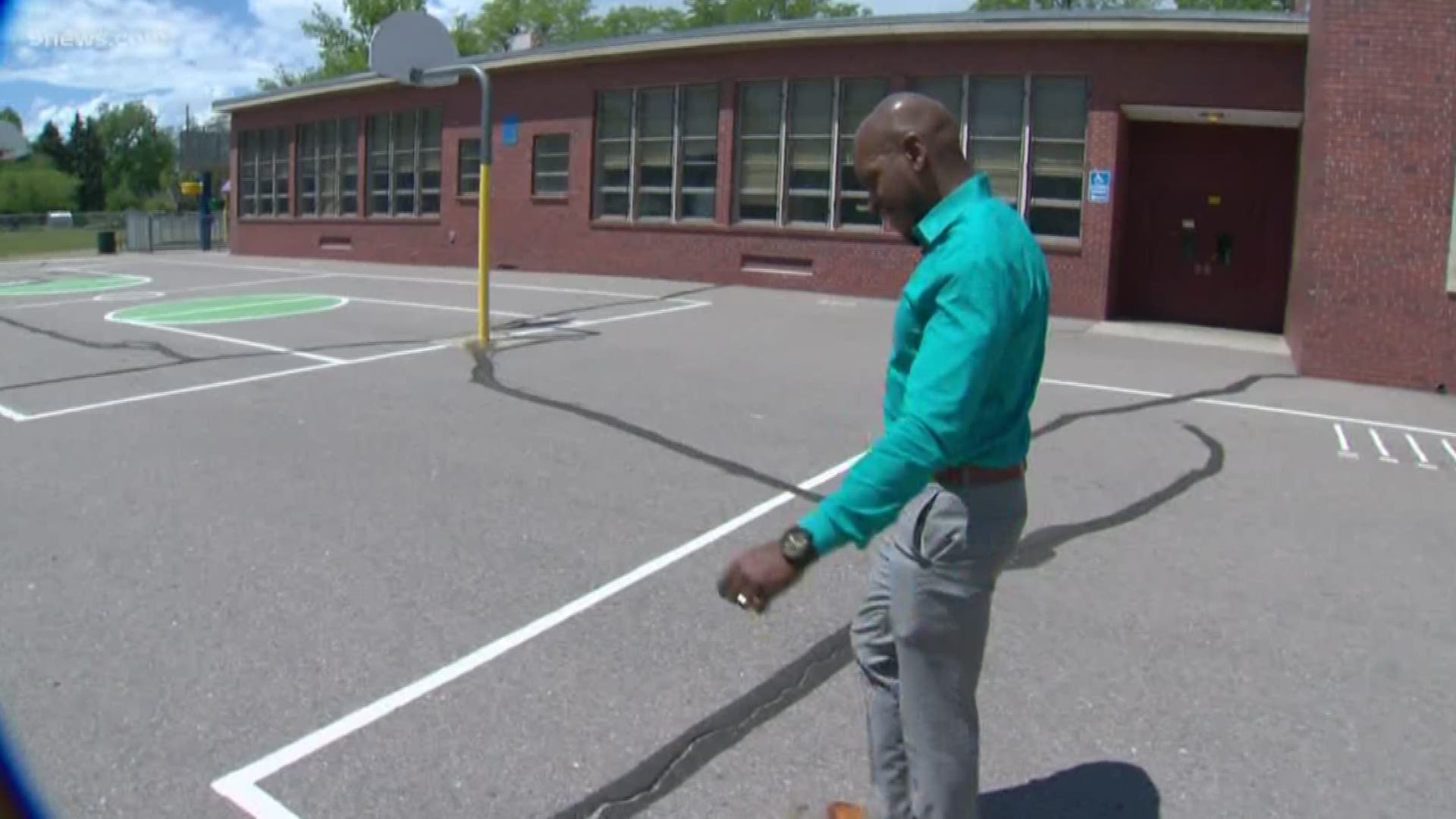 DENVER — Walking through the playground of Stedman Elementary brings back memories for Michael Atkins.

Atkins recently became the principal of Stedman Elementary, a career that started years ago as a custodian for another Denver Public School (DPS) district school.

Atkins grew up around Stedman, but as a kid he was bused to Bromwell Elementary School where he built a special relationship with a second grade teacher that would ultimately change his life.

"This teacher took the time and the opportunity to form a relationship that opened a door for me," Atkins said.

When he was bused to Hamilton Middle School in southeast Denver, Atkins said things changed.

"Just the different interactions that I had with the teachers, I had the social intelligence at that time to understand there were differences," Atkins said.

He said black students like himself were treated differently.

"Teachers telling me that I'll be dead by the time I'm 21," Atkins said.

When he got older, he took his first full-time job with DPS as a custodian at Rachel B. Noel Middle School in far northeast Denver.

Shortly after, he ran into his old second grade teacher from Bromwell, who helped him get a job in the classroom as a paraprofessional teacher.

"It was the relationship that I was able to build at 7 years old that opened up the doors for me in education," Atkins said.

He worked up through the ranks as a teacher, then assistant principal, and now Atkins is the new principal of Stedman Elementary School. He said he will look to fix problems of racial disparity that he experienced as a kid.

"It definitely speaks to me of why I do this," Atkins said.

He wants to show the importance of celebrating everybody's differences.

"So, what I want for my brown students, my black students or my white students is to experience diversity at a high level," Atkins said.

He has a vision as a principal shaped by his perspective as a custodian and understanding as a kid from the block.

Stedman Elementary is located at 2940 Dexter St. in Denver.