With the addition of the Johnson & Johnson vaccine, Colorado will see the allotment of vaccines increase in the weeks to come. 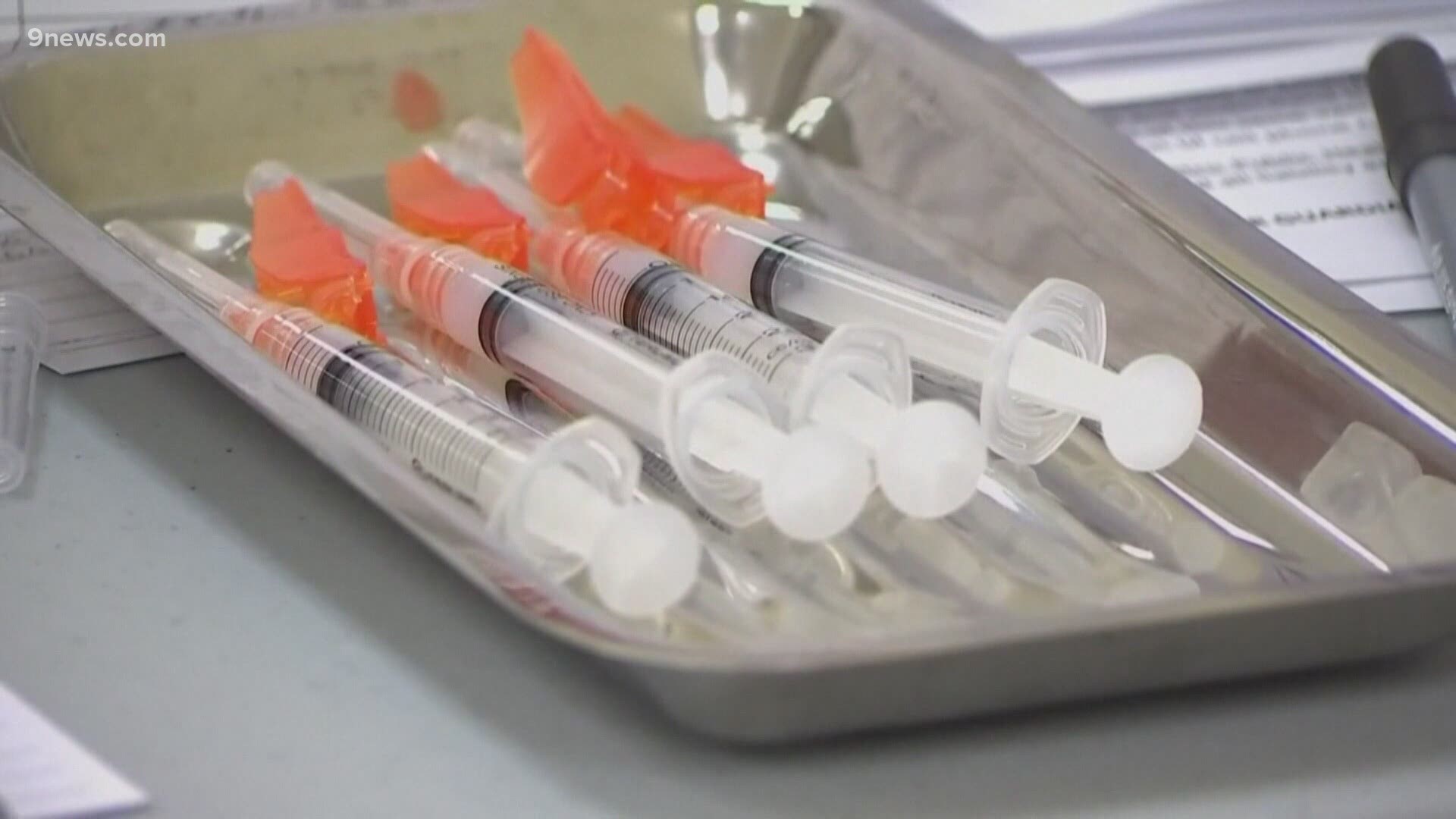 COLORADO, USA — There’ll come a time when everyone who wants a vaccine will have access to one. Colorado is not there yet, but the state is moving in the right direction.

As more vaccines are shipped to Colorado, counties across the state are working to get those doses to people as quickly as possible. In some areas, the number of vaccines being shipped has grown rapidly over the past week.

"I feel like the engine has been revving, and now we’re finally turning the wheels. The train is moving out of the station. There’s no turning back now," said Christine Billings, the Director of the Office of Pandemic Response for Jefferson County Public Health. "It looks better every week and that’s a pretty special spot to be in as a state."

"It is something to behold and something special. You can feel the hope that all these people have as we move into the next year of fighting really hard," said Billings.

The Tri-County Health Department is also seeing their allotment rise. This week, the area received more than 49,000 Moderna and Pfizer vaccines and an additional 7,800 doses of the newly approved Johnson & Johnson vaccine. Compare that to a month ago, at the beginning of February, when the health department received only around 32,000 total doses.

In Boulder County, the health department is administering around 6,000 to 8,000 vaccines a week. They’re ready for more.

RELATED: Scheduling confusion leads to some being turned away from vaccination clinic in Littleton

The state as a whole currently receives less than 300,000 total vaccines a week, according to the governor’s office. They hope the number will rise to more than 400,000 by mid-April.

As more vaccines arrive, the race is on to vaccinate as many people as possible.

RELATED: Thornton firefighters are on the vaccine frontlines

"The vaccine gives us a really solid tool to make an impact and get back to that normal," said Billings. "That vaccine allows for so much more hope in our population."