'I felt like I was going to be sick to my stomach that someone felt that strongly and was that racist that they would do this twice.' 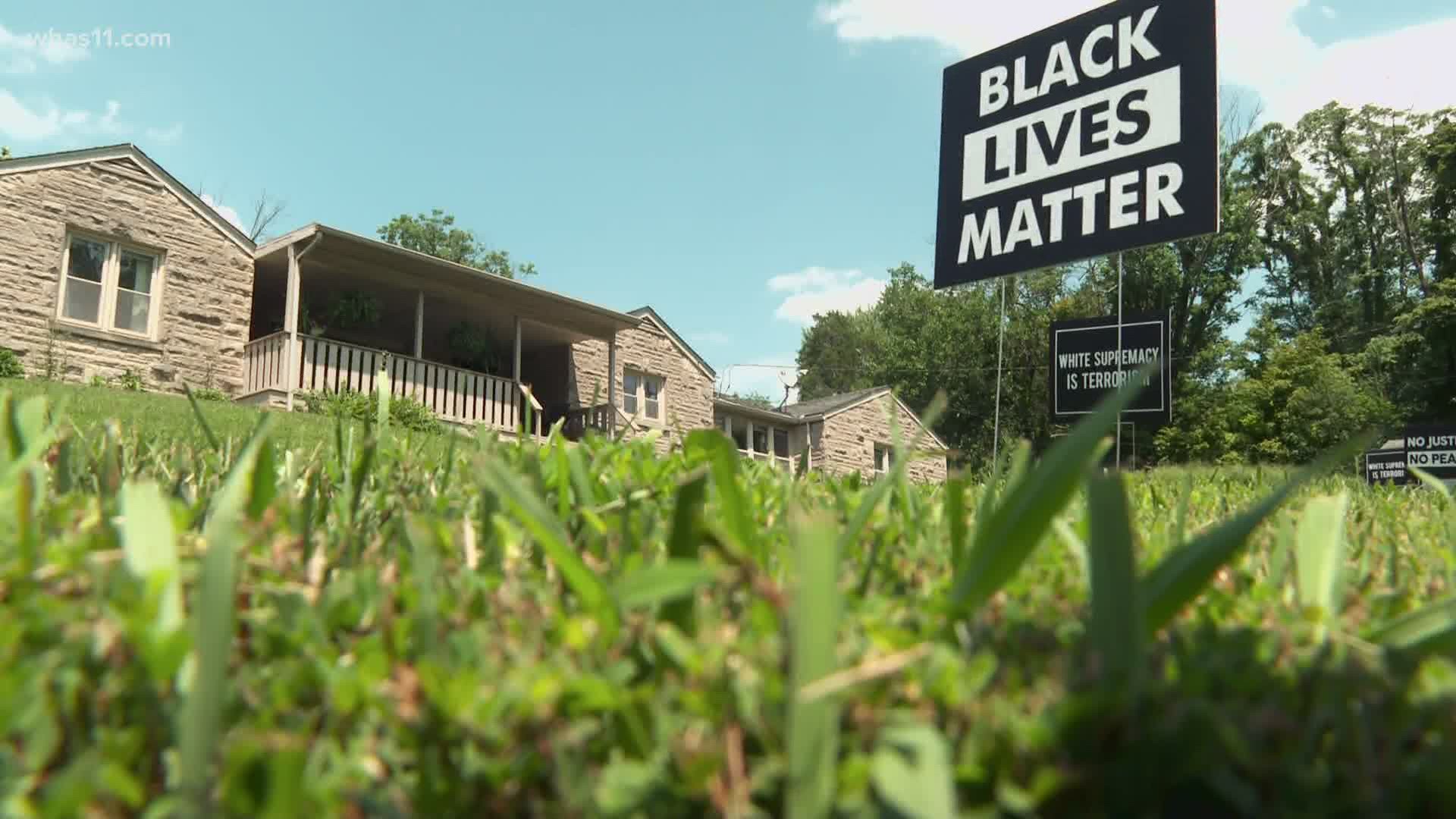 FLOYDS KNOBS, Ind. — A display of seven Black Lives Matter signs sits in Aleah Boofter's front yard in Floyds Knobs, and she says they are meant to send a message.

"This is the best spot right here on the open road where everybody can see it," Boofter said. "I wanted people to know first thing when you come to Floyds Knobs, we welcome all types of people."

But her message has not been easy to keep up. So far, she's had 11 signs stolen from her yard. The first sign she had was stolen around July 3. That's when Boofter's neighbor, Angela Hollis stepped in.

"I was just angry and upset about the fact that it was just one sign at the top of the hill and why someone would feel the need to take that just seemed so ridiculous," Hollis said. "I've never really have been a yard sign person but I was like, we're going to get some yard signs!"

Hollis bought 30 signs, putting some in her yard, offering them up to neighbors, and then putting 22 signs back into Boofter's yard.

"They were out for one day," said Boofter. "We got a lot of honks of support which was awesome, and then Sunday overnight, 10 of the signs were stolen. My kids and I were just so upset...I felt like I was going to be sick to my stomach that someone felt that strongly, and was that racist, that they would do this twice."

Boofter says she's holding on to the signs she has now, and hoping to keep a message of love on display.

"We're just going to keep putting these signs out to let them know that everyone is welcome here," she said. "We want anybody coming to Floyds Knobs to know we are inclusive and we love them no matter what they look like."

Boofter said she did file a police report in hopes of holding the people who did steal the signs accountable.