Robert and Debbie Cooley have spent the past few months organizing their backpack giveaway. 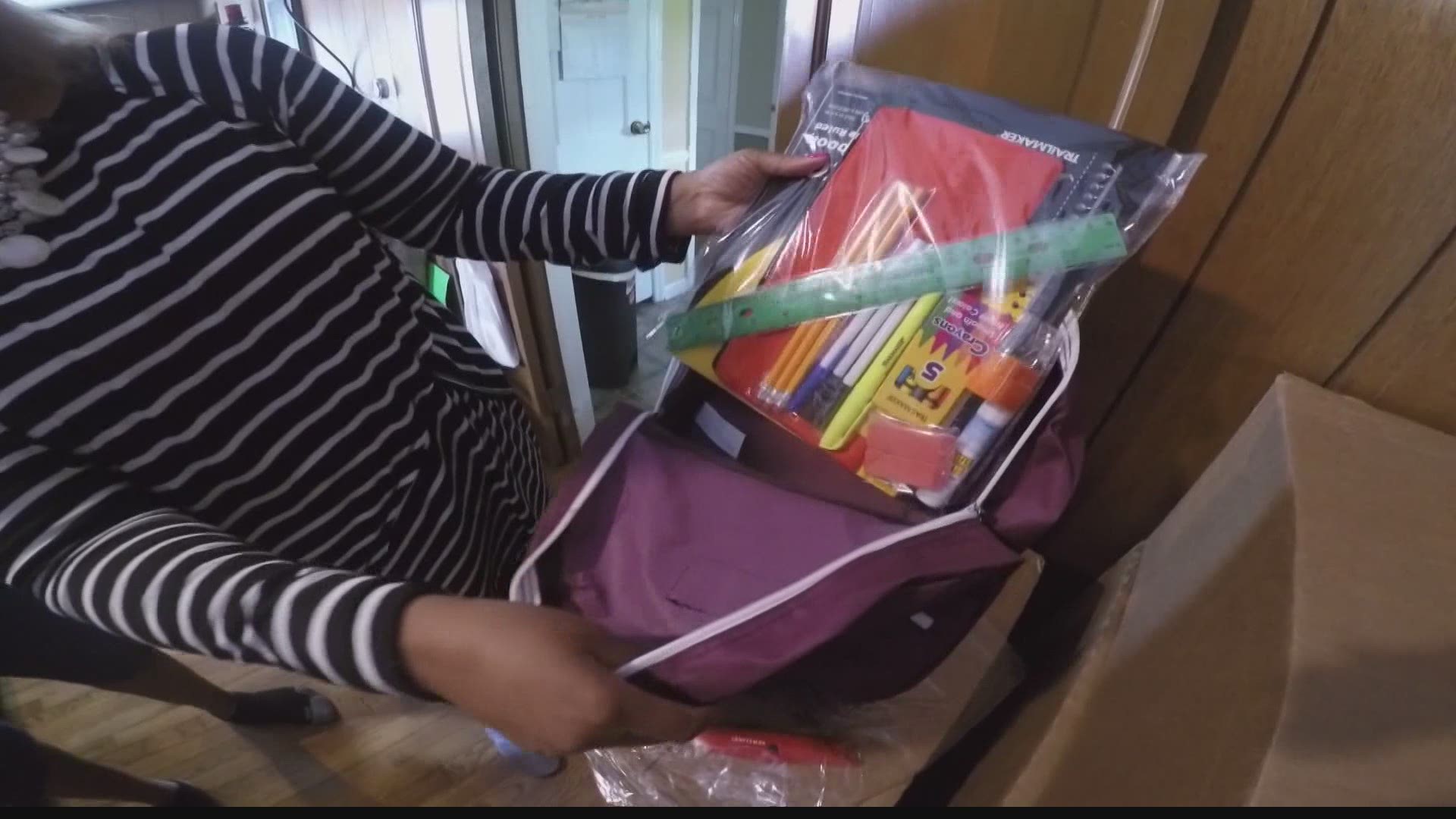 INDIANAPOLIS — An Indianapolis couple launched their own campaign earlier this year to help families with students headed back to school this summer.

Robert and Debbie Cooley have spent the past few months organizing their backpack giveaway. They hope to be a blessing to the families who need help with basic school supplies.

"We started off with just wanting to help 100 people. Now, we are up to 250 and that's just because people care," Robert Cooley said.

Their campaign is sparked by some of the violence they've seen families endure in our city. That includes the shooting death of 8-year-old Roderick Payne Jr., who was hit by a stray bullet at home. They were also saddened by the death of 16-year-old Nya Cope, also killed by unintentional gunfire and another senseless child shooting death involving Dayshawn Bills.

"Twelve-year-old who was in his grandmother's house playing video games," said Debbie Cooley, "We said, 'We are not just going to put up with this anymore.'"

That's when Debbie started organizing and recruited Robert to help. Eventually, the couple decided they would put affirmation postcards in the backpacks. It's something they used to keep their own two sons motivated in school.

RELATED: 'Mimi' on a mission to provide school supplies to students at Franklin elementary school

"We had signs all around the house for them to see, and then, we would have them repeat them," Debbie said.

"Now our sons tell us how much they appreciate what we instilled in them while growing up," said Robert.

During the backpack giveaway in the parking lot of the East 38th Street public library, the Cooleys plan to offer students and their families something they strongly believe is far more valuable than school supplies.

Every recipient will have the opportunity to receive a special prayer for the family and students as they start back in school. The families and students will be able to remain in their vehicles during the prayer as part of the makeshift drive-thru.

"We can't afford to wait until August to pray for these children. The deaths are happening way too fast," Robert said.

"It's a small group of us, but we do prayer walks once a month and focus on different issues around the city," said Debbie. "We have focused on the children a couple of times."

There are several backpack giveaways throughout the Indianapolis area. But this is one giveaway that comes with more than school supplies. It comes with prayer for students and their families for everyone to be safe at school.

The Drive-Thru Prayer & BackPack Give-A-Way is Saturday from noon until 2 p.m. at the public library at 5420 E. 38th St. The Cooleys are looking for volunteers to help distribute the backpacks for students in grades pre-K through 12th grade on a first-come, first-served basis.

The Cooleys are ministers with The Principles of the Doctrine of Christ Ministries in Indianapolis. For more information about their organization, email PDOCministries@gmail.com.