Chairman Ajaz Siraj said the suspect has never set foot in their center but they have closed their prayer room indefinitely for the safety of their members. 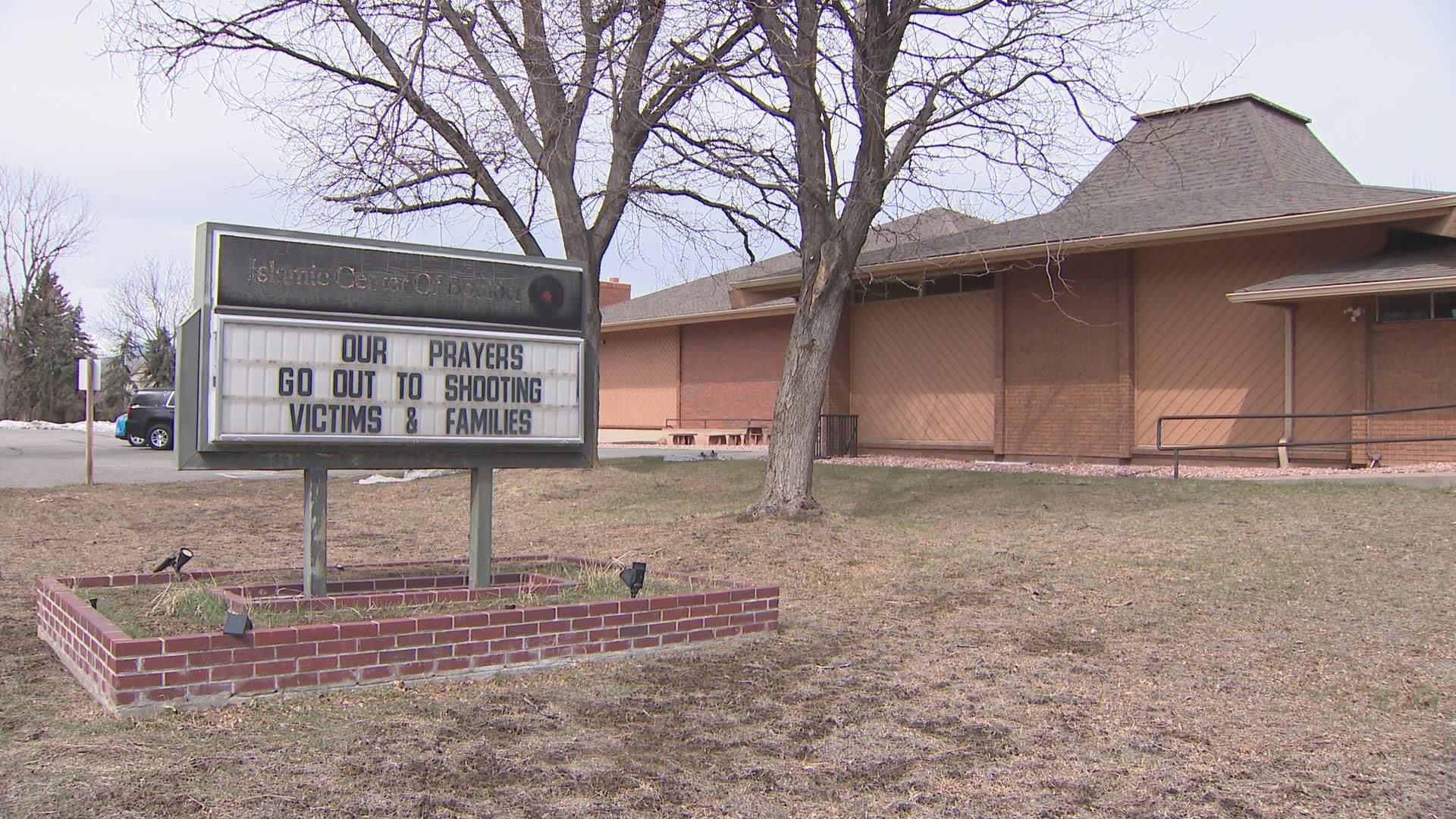 BOULDER, Colo. — The recent arrest of a man accused of killing 10 people inside a King Soopers in Boulder has left the city's Islamic community taking precautionary measures.

The alleged shooter, Ahmad Al Aliwi Alissa is 21 years old and originally from Syria. Shortly after he was identified, leaders at the Islamic Center of Boulder worried about the possible repercussions of his background.

"As soon as we heard this news this bad, this terrible news we said to everybody let's just close this place and not be here," said Ajaz Siraj, chairman of the Islamic Center of Boulder. "Because you know people can take it in a different direction and stuff like that so yeah, that's one step we have taken."

Siraj said the suspect has never set foot in their center, but they have closed their prayer room indefinitely for the safety of their members. Some fear they may become a target.

"It's Boulder, we always felt safe, we still do, but you know, because of the recent incidents yes, there is a slight bit of fear that's come," Farah Afzalni, a member with the center, explained.

"Especially among the females like, I wear a headscarf so there's a slight bit of concern there like is it safe to go out?" she wondered.

But just as fast as fear may arise, so does a little hope. With love and prayers, messages of support have begun to pour into the center. Siraj read aloud a card sent from a Boulder resident:

"To my Muslim brothers and sisters, I hope the past 24 hours have not led to hatred directed at your community. Please know that I and many others stand in solidarity. If you have any folks that feel vulnerable and would like an escort when you go out to the grocery store or for a walk, feel free to call me. Love and prayers."

"This means a lot to us," Siraj added. "We are part of the community and just like everybody else here, our hearts pour out to all the families out there who have suffered this."

Siraj said he hopes to open their doors again soon. He said in the meantime, they are gauging their community's feelings and trying to figure out how to reopen when they feel safe.

RELATED: Word of Thanks: Support the Boulder County Crisis Fund