There have been 11 avalanche deaths in Colorado so far this season. 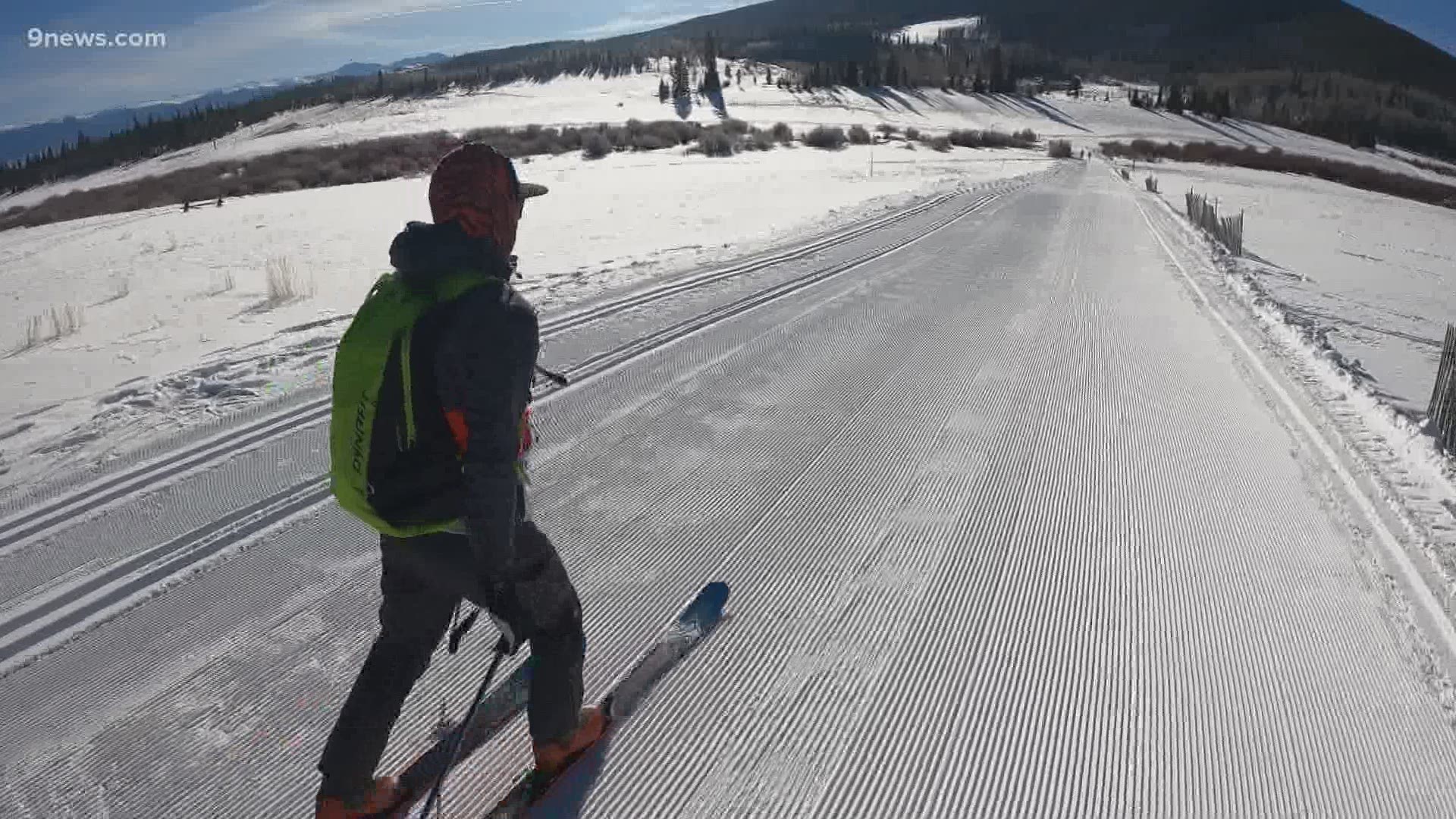 JACKSON COUNTY, Colorado — Two snowmobilers in Jackson County were caught in a large avalanche Tuesday afternoon. One of the snowmobilers was killed.

The avalanche happened at around 3 p.m. near Ruby Mountain, which is about 14 1/2 driving miles southeast of the town of Rand, according to the Colorado Avalanche Information Center (CAIC).

The snowmobiler who was killed was swept downhill and buried about two feet deep, CAIC said. The other snowmobilers tried finding the man, but were unable to locate him, CAIC said.

Search and rescue teams arrived a few hours after the avalanche and were also unable to find the man, according to CAIC. Search teams came back on Wednesday morning and an avalanche search dog alerted rescuers to his location, CAIC said. The man's body was recovered by search teams Wednesday afternoon, CAIC said.

The preliminary report released by CAIC said the avalanche occurred near the treeline on a northeast-facing slope at around 11,400 feet. The avalanche broke on a weak layer about three feet below the surface and stepped down to deeper buried weak layers near the ground in some places, CAIC said. The avalanche was approximately 3/4 of a mile wide and ran about 400 vertical feet, according to CAIC.

The identity of the man killed has not yet been released by the Jackson County coroner's office.

The snowmobiler's death is the 11th avalanche fatality in Colorado so far this season.

RELATED: Search and rescue crews prepare for busy season in the backcountry

RELATED: 'He was always kind of that big brother figure': Snowmobiler killed in avalanche in Grand County remembered as a man who put family first