"The conditions there are so bad folks have not been able to have running water and even soap." 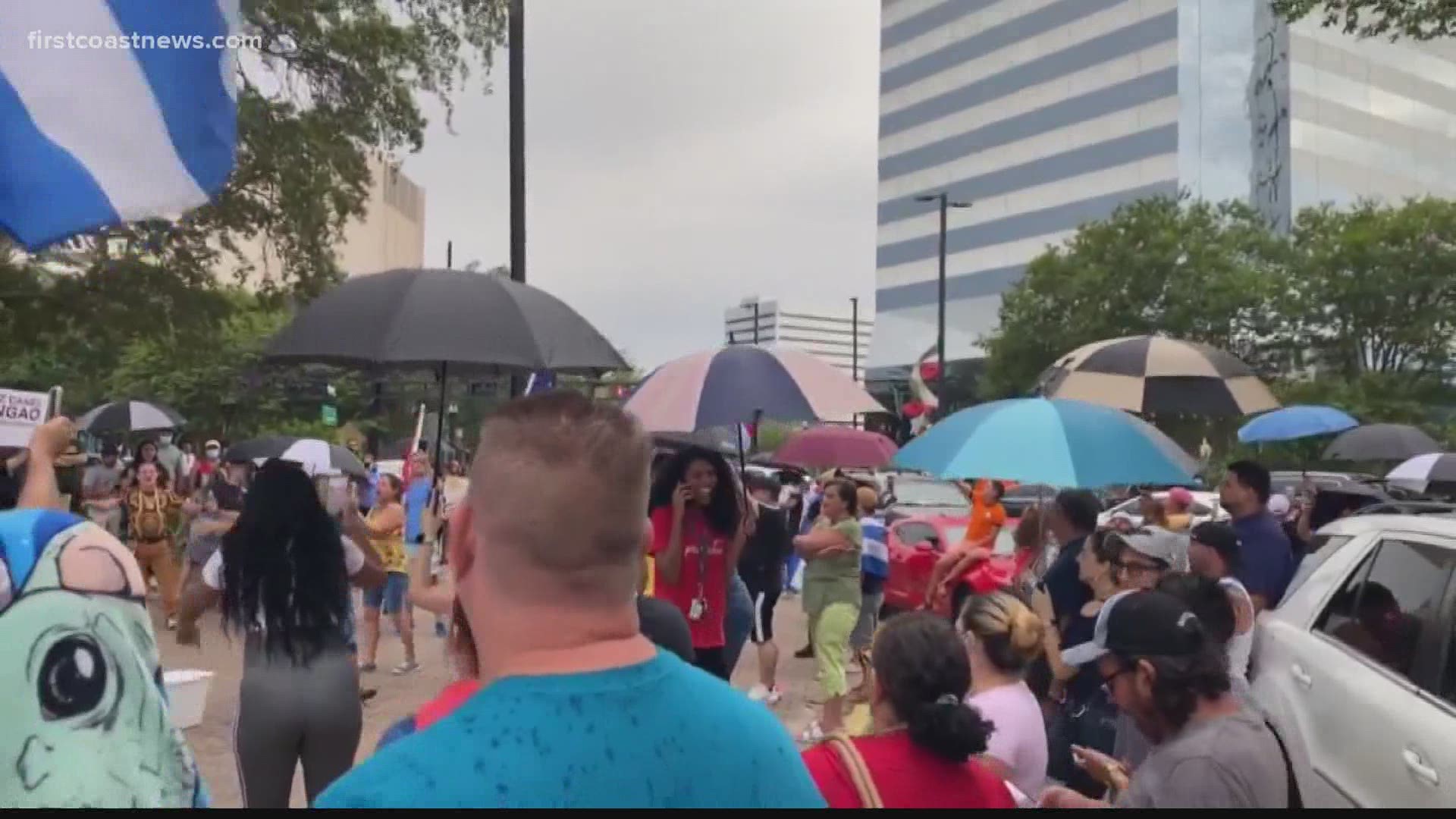 JACKSONVILLE, Fla. — Jacksonville, Florida is about 500 miles from Havana, Cuba, but the demonstrations on that island nation are reverberating here on the First Coast.

"There have been 62 years of oppression," said Tomas Jimenez.

Cubans took to the streets in protest of food shortages and how the country is handling the pandemic. And they're getting support elsewhere.

Jimenez was part of a demonstration in Jacksonville over the weekend.

"The conditions there are so bad folks have not been able to have running water and even soap," said Jimenez.

Jimenez said he fully supports the protests and hope they result in change for Cubans.

"There's nothing that allows the people to grow to share their thoughts freely, and now they're getting that," Jimenez said. "And hopefully that will be something that will cause change."

He is not alone in his thoughts and concerns.

Chad Dominics has worked in media for decades, and now operates NUevision, a media outlet that provides Hispanic programming. He said social media and smartphones have been a tremendous help in the demonstrations.

"Now this little thing has been a democratizing factor and so people tell people other things so the fear factor has subsided," said Dominics.

He anticipates the demonstrations will grow even though there is growing pushback from the Cuban government.

Both men hope the protests will last long enough to bring change to the island nation, and its eleven million residents.

"I hope this is not a flash in the pan, Domincs said. "I hope this will encourage more people to stand up and talk."