Carolyn Takeshita spent years in an internment camp as a child during World War II. 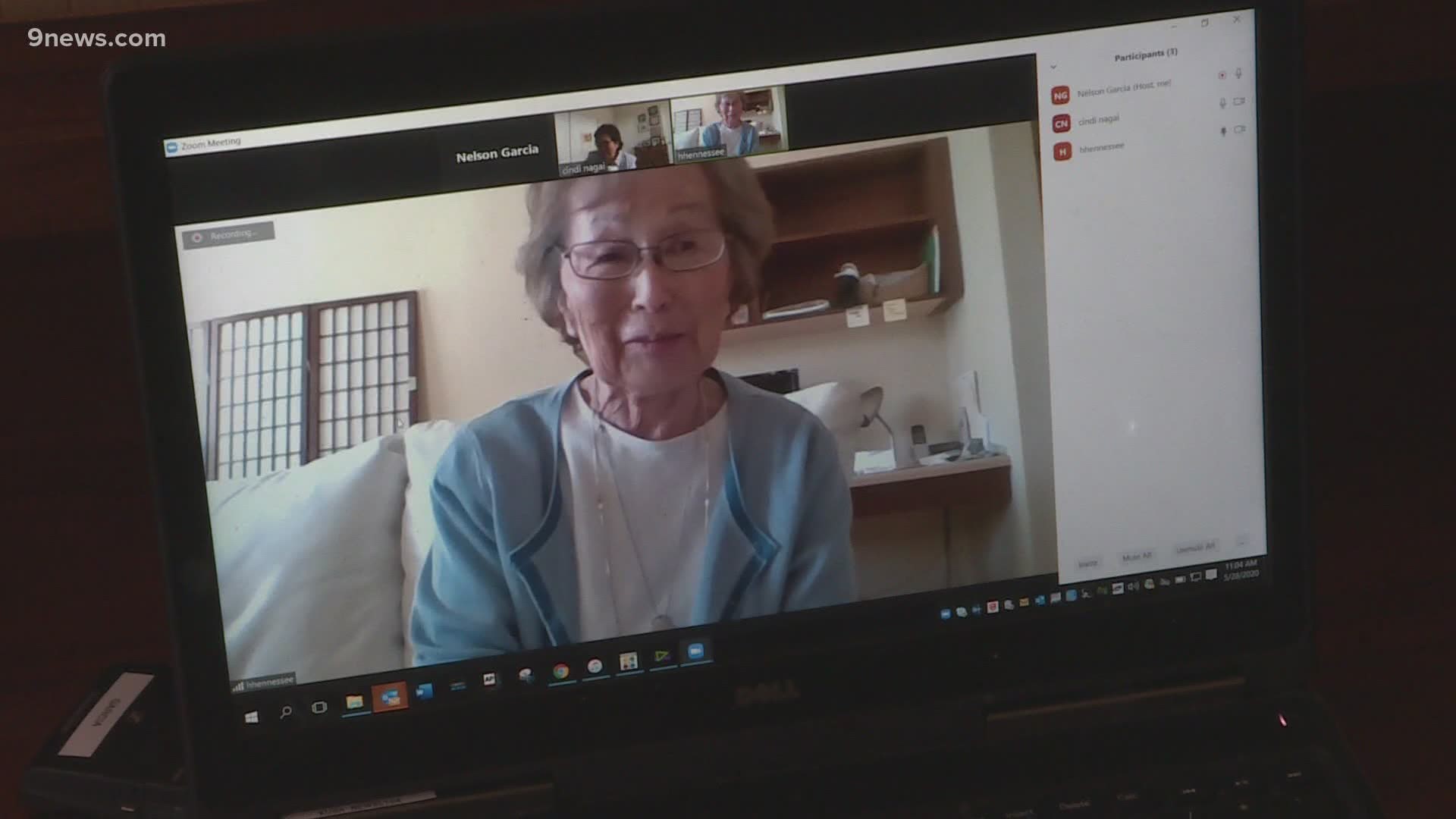 DENVER — Moving to a retirement home in the middle of the pandemic can be stressful for some, but not for Carolyn Takeshita.

"I wasn't really stressed out, but I think it stressed my family out," Takeshita said.

Her daughter Cindi Nagai said it was difficult to move her mother into the Clermont Park Senior Living Community in Denver.

"It is stressful," Nagai said. "I think not seeing her physically and not being able to hug her over the last six weeks."

Takeshita had to spend the first two weeks quarantined from other residents, but she said she didn't really mind.

"Even the other people that are staying here, very welcoming," Takeshita said. "They have good meals."

Her easy-going disposition in her older age may be rooted in a time when she was younger when she growing up in California.

"They rounded up the Japanese Americans from Oregon, Washington state, and California," Takeshita said. "Then, they assigned us to internment camps."

RELATED: Nursing homes should be virus-free for 28 days before opening, feds warn

During World War II, Japanese Americans were sent to places around the west like Camp Amache in southeastern Colorado.

"I didn't realize it at the time because when you're six, you don't really realize it, but as I got older, I found out more and I did the reading the research about the whole experience of you know being rounded up, incarcerated. Then, it made me realize what a hardship it was," Takeshita said.

Takeshita said being forced out of their homes does not resemble people forced into the homes during COVID-19 quarantine.

"Of course, there's much more freedom now," Takeshita said. "You know, we're not incarcerated in barracks."

Nagai, however, does believe there is a parallel between the two experiences of her mother's life.

"Very interesting to compare the two, you being asked to shelter in place versus being put behind barb wire because that was what was best for the U.S.," Nagai said.

Nagai thinks her mother's past experiences help her draw strength to deal with her current ones.

"I feel it has really shaped her," Nagai said. "I think her generation that was very resilient when we talk about being resilient."

Takeshita said it sparked a life-long passion to educate people about the experiences of Japanese Americans during World War II.

"As I grew older, it made me stronger and it made me realize that bad things happen to good people," Takeshita said.