The 13-year-old Closs appeared with family members and friends to receive her honor in the Assembly chamber on Wednesday. It was her most public appearance to date since her escape in January. 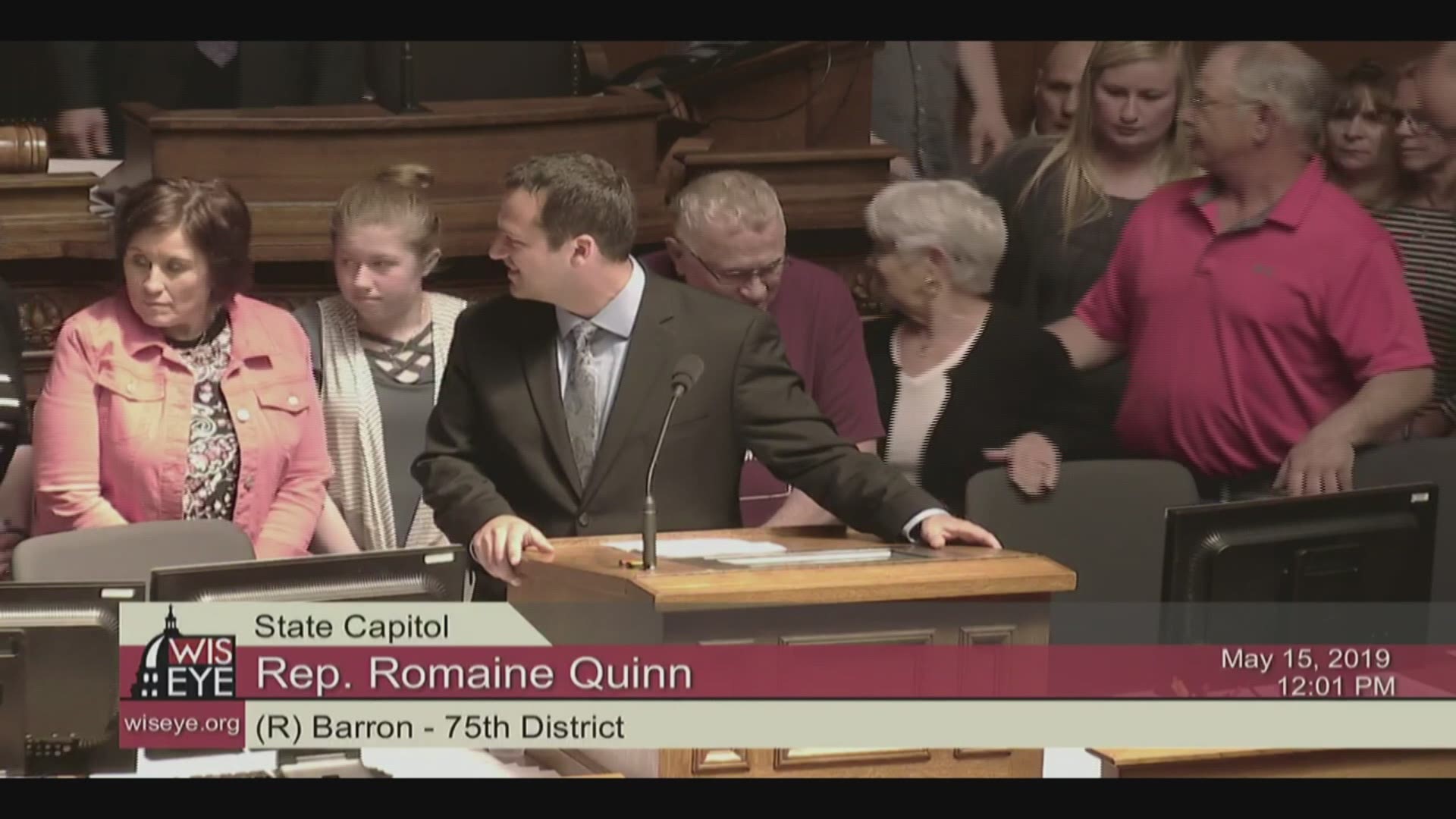 MADISON, Wisconsin — Jayme Closs is being honored by the Wisconsin Assembly as a "hometown hero."

The 13-year-old Closs appeared with family members and friends to receive her honor in the Assembly chamber on Wednesday. It was the most public appearance to date for Closs, who escaped her kidnapper in January after being held captive in a remote northwestern Wisconsin cabin for three months.

"Jayme, your strength, your resolve and your bravery is beyond incredible," said Rep. Romaine Quinn of Barron. "You are truly an inspiration, and a bright light during a time of sadness. And you taught us an important lesson... no matter how grave your situation, how dark your days become, and how impossible your circumstances may seem, there is always hope."

Credit: WMTV
Jayme Closs stands with her Aunt Jen Smith during a presentation in which Jayme received the Wisconsin Assembly's 'Hometown Hero' award.

Her aunt, Jen Smith, accepted the award and said Closs's bravery and spirit are inspiring. Closs stood behind her aunt but did not speak.

"Speaking for her entire family, I have to say, Jayme is totally deserving of the hero part of this award," shared Smith. "Her courage, her bravery and her spirit are things that inspire us, and make us stronger and better."

The FBI also posted pictures on social media of Closs in the Capitol posing with her award.

Jake Patterson of Gordon has pleaded guilty to kidnapping Closs and killing her parents on Oct. 15. He faces life in prison when sentenced on May 24.