OSHA has cited JBS Foods "for repeated safety failures" after a worker died at its Greeley meatpacking plant in March. 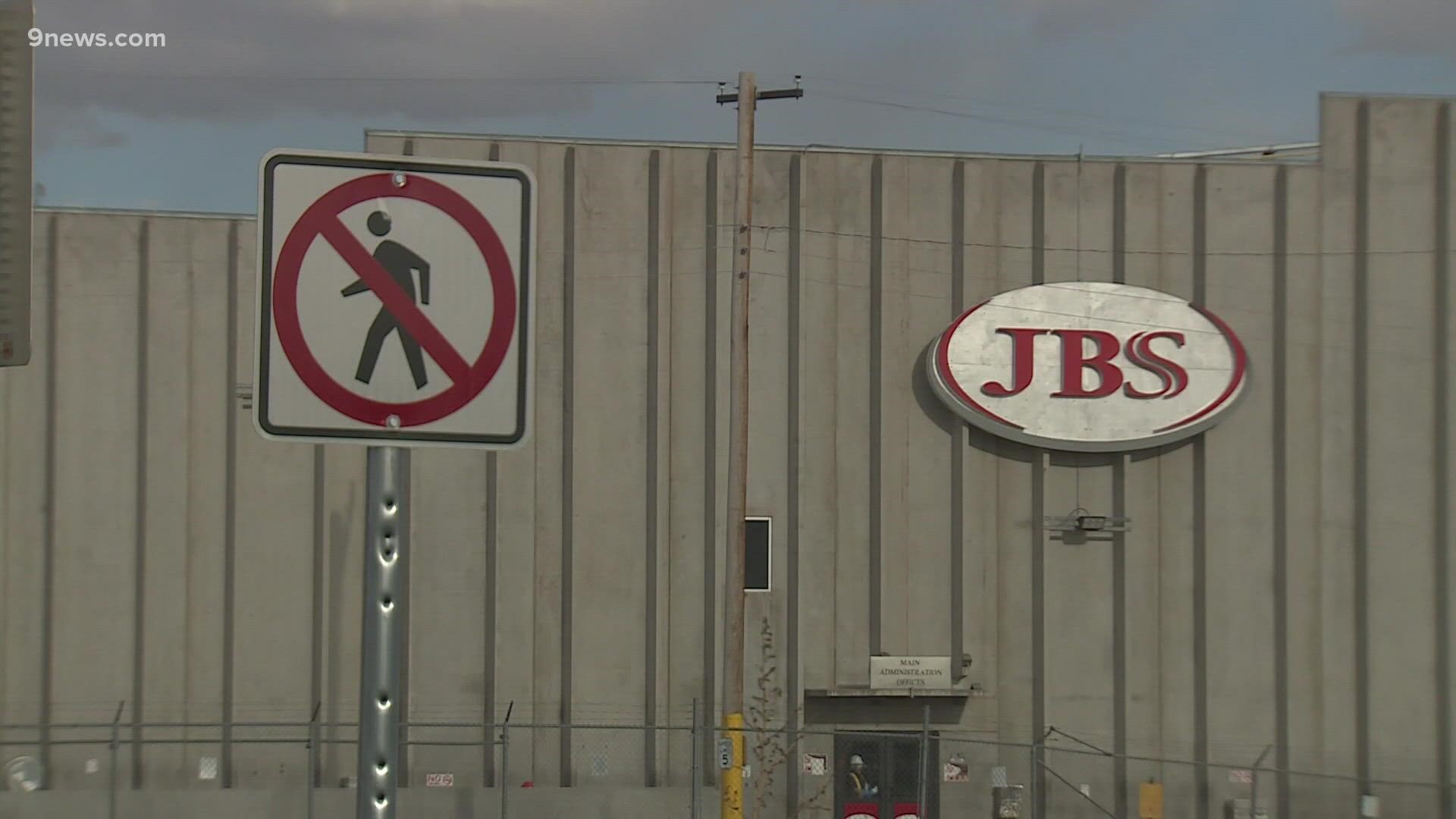 GREELEY, Colo — The Occupational Safety and Health Administration (OSHA) has cited meatpacking company JBS Foods "for repeated safety failures" after a worker died at its Greeley meatpacking plant in March.

Jonathan Duerst, 55, died while installing a paddlewheel at the facility on March 27.

OSHA investigators determined JBS failed to adequately secure the paddlewheel, which was being installed to churn chemicals used in processing animal hides. The paddlewheel and the trolley and hoist used to lift it fell, and Duerst fell into a vat of chemicals.

OSHA said Duerst's death occurred after several injuries at the same facility, including a JBS worker who suffered an arm amputation after being pulled into a conveyor belt; another worker who suffered laceration injuries while removing a hide; and a third worker who was exposed to a thermal burn hazard.

JBS faces $58,709 in proposed penalties from OSHA. The company has 15 business days to comply or contest the findings.

In September 2020, the meatpacking plant was cited for failing to protect employees from exposure to the coronavirus, and OSHA proposed $15,615 in penalties for that citation.