The JBS food processing company said than 800 employees in Greeley called out from work Monday. 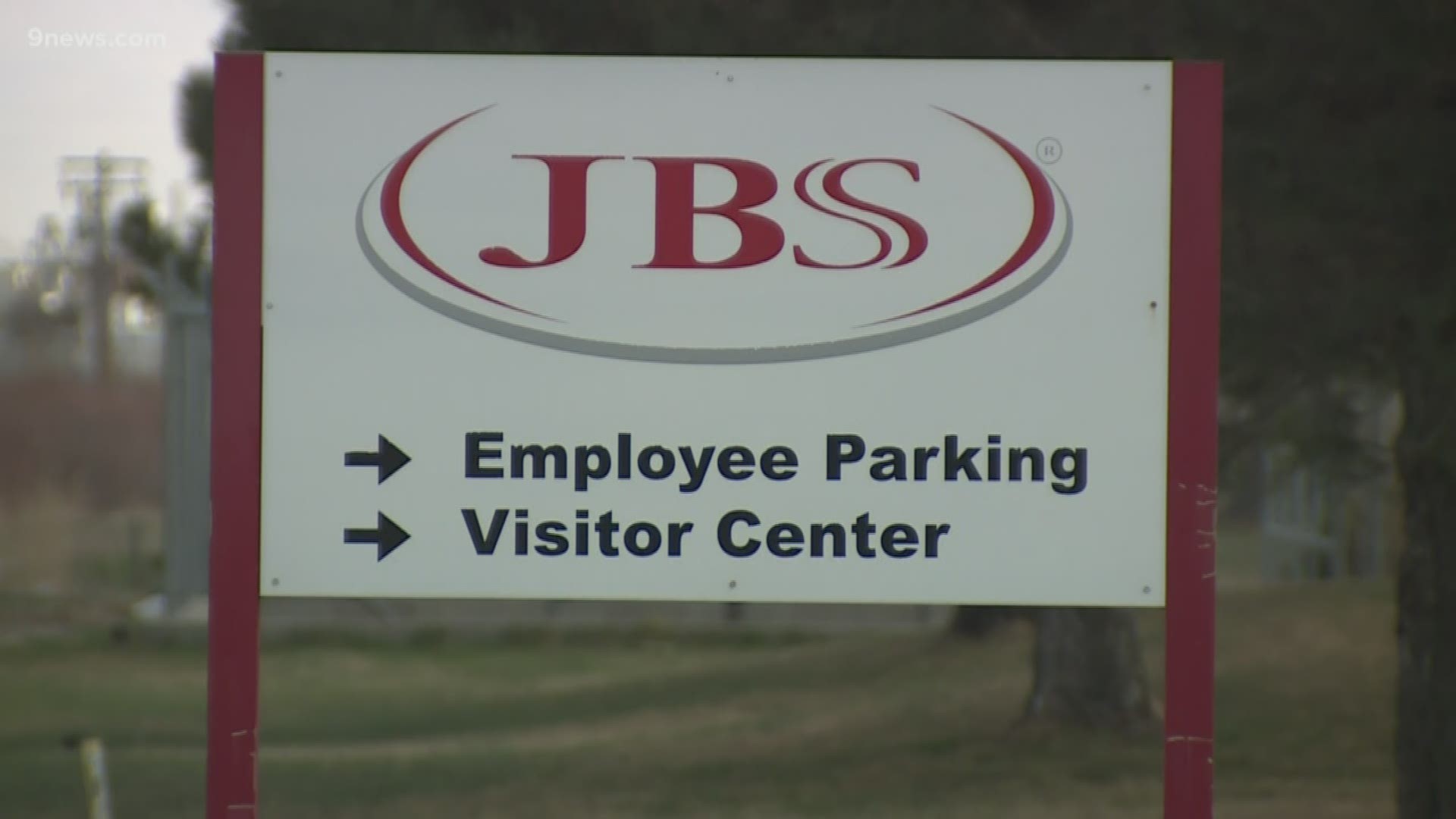 GREELEY, Colo. — While the cattle still come in by the truck load at the JBS meat packing facility in Greeley, hundreds of employees are staying home.

The JBS food processing company said more than 800 workers called out Monday, the same day the president of the union representing employees claimed word began spreading that there were positive cases of COVID-19 inside the plant.

While JBS won’t confirm the positive cases at the Greeley facility to 9NEWS citing confidentiality for those who are sick, the United Food and Commercial Workers Local 7 union said the company did notify them of several cases.

"We’re having to change the way we operate dealing with this national pandemic," said Kim Cordova, president of United Food and Commercial Workers Local 7. "We have six actual confirmed cases of COVID-19 and we’ve had a big number of call-outs starting yesterday."

RELATED: Businesses may get COVID-19 relief loans as soon as Friday

JBS said they are disinfecting more often, screening workers for symptoms, and putting up tents to give employees more space to eat and take breaks.

"A lot of the workers work on the processing chain or on a line," Cordova said. "They do work pretty closely. They break together, they share a lunchroom together. We want to make sure that workers are safe."

In a statement, JBS says they will remain open and are taking precautions to keep employees healthy.

"As a global food company providing an essential service during this global pandemic, we have enhanced safety measures and health protocols to keep our workplaces, team members and products safe," the company wrote in a statement to 9NEWS. "This includes increased sanitation and disinfection efforts, health screening and temperature testing, and enhanced worker benefits, including a $600 bonus for all team members at the plant. We have also promoted physical distancing where possible by staggering starts, shifts and breaks, installing a tents to allow for more spacing during lunch breaks, and increased spacing in cafeterias, break rooms and locker rooms."

JBS isn’t the only facility making changes because of COVID-19.

In Aurora, the United Natural Foods Distribution center shut down overnight for cleaning after an employee tested positive.

The FDA says there is currently no evidence to support transmission of the viruses that cause COVID-19 by food, though they recommend cleaning or cooking everything just to be safe.