JBS workers in Greeley walk out of work amid pay dispute

The JBS plant is the site of the deadliest workplace COVID-19 outbreak in Colorado. Six employees have died of the novel coronavirus. 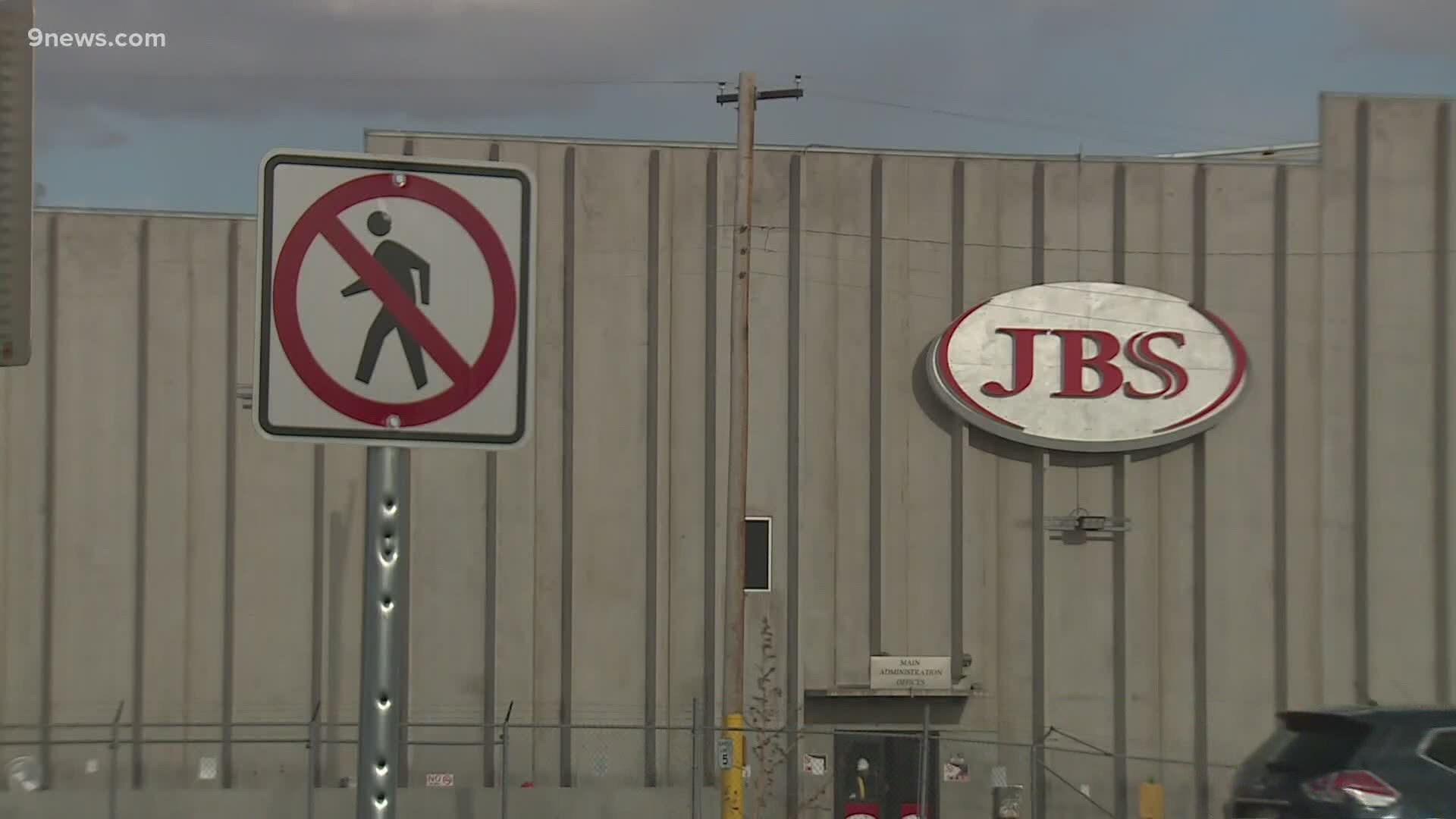 GREELEY, Colo. — Workers at the JBS meat packing plant walked out Friday due to a pay dispute.

A Facebook Live shared by a woman in Greeley showed people walking out of the plant, which employs several thousand people.

According to a statement provided by JBS corporate, workers at other facilities across the country have received an increase in base pay to $18 an hour, with top rates of $25 per hour. However, according to JBS, the local union that represents Greeley employees has not presented this to its members.

“We are hopeful the local union will allow for a democratic vote on the offered increase so that our Greeley beef team members and their families can benefit from the extra pay that JBS USA plants across the country have overwhelmingly approved and currently enjoy,” the statement from JBS reads.

Kim Cordova, the president of the UFCW Local 7 union that represents a majority of the workers at the plant, said she didn't have a role in organizing the walkout.

“As JBS confirmed, there was a brief work interruption at the Greeley plant. Local 7 was not involved and continues to gather the facts as to what occurred," a statement provided by Cordova reads. "However, it has been reported that JBS confiscated employee badges of hundreds of workers and sent them home, even those who did not participate in today’s event. This action appears to be an attempt by JBS to strong-arm its employees into accepting a less competitive wage increase that would lock them into a five-year agreement, with little to no chance for any further wage increases."

JBS is the site of the deadliest workplace COVID-19 outbreaks in the state of Colorado. Six employees have died from the novel coronavirus since April, and at least 287 have been infected, according to the latest data from the Colorado Department of Public Health and Environment (CDPHE).

The outbreak led to the outright closure of the Greeley facility for cleaning, and in the weeks since JBS has been pressured to increase pay for its frontline employees.

Rhonda Solis with Latinos Unidos has been supporting workers since the start of the pandemic. They were there during the walkouts as well. "As essential workers, the work they do is so hard and then making this decision on top of that we knew they ended community support so we made sure to show up," said Solis.

"As a person of color this community has been built on the backs of people of color, whether it's the plant, whether it's constructions, whether it's agriculture, whether it's our dairy farms, it's been on the backs of these workers that we have all these amazing things around us and we don't recognize them like we should. We don't give them the credit or the protection that we should as a community so I want to make sure that they have a voice and so any chance that I can be there to stand up and show up I do."