A total of 154 inmates were released since the new policy went into effect due to budget constraints. 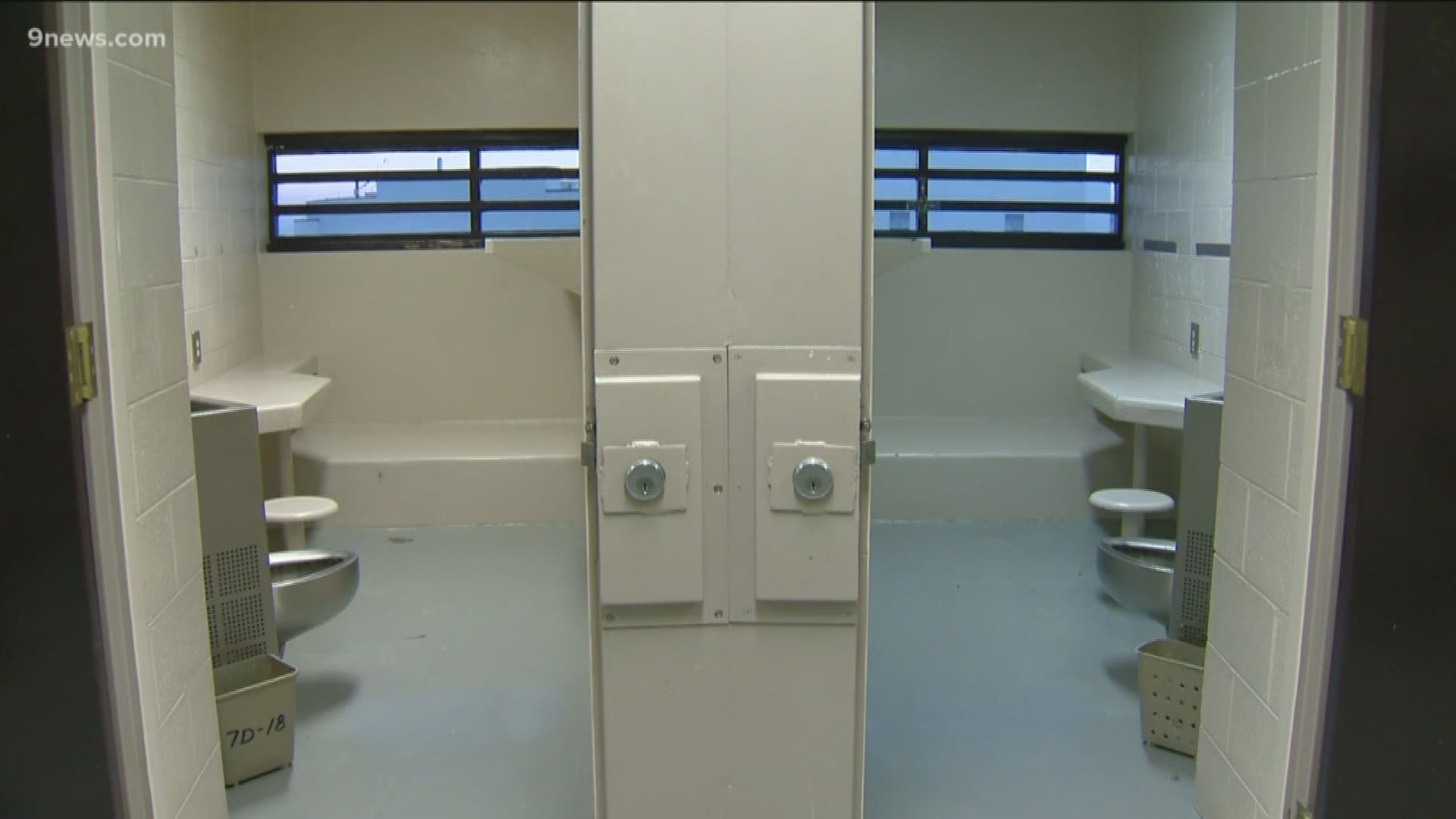 JEFFERSON COUNTY, Colorado — For the fifth time this year, inmates were released early from the Jefferson County jail amid budget constraints.

A total of 39 inmates were released Wednesday morning. However, 12 of those inmates remain in custody to be transferred to other facilities, on outstanding warrants or to complete sentences in other jurisdictions, according to a tweet from the Jefferson County Sheriff's Office (JCSO).

They're being released as part of a new jail population management plan that took effect Jan. 1. Under the plan, when the jail population exceeds capacity by 2%, steps are taken to reduce the population to manageable levels.

> The video above is from December when the JeffCo Sherrif explained the new policy.

Those eligible for release must have served a minimum of 50% of their sentence, according to JCSO. Of the 39 released Wednesday, all had completed between 51% and 93% of their sentence. Twenty-eight of the offenders were in jail for DUI or drug-related charges.

Since Jan. 1, inmates have been released five times, for a total of 154.

A total of 68 inmates were released in two prior releases in January.

Last year, Sheriff Jeff Shrader announced his department would be facing significant budget cuts in 2020. To continue operating the jail in that county, he said he would have to make some changes to house fewer inmates.

First, the sheriff decided to close an entire floor of the jail. That decreased the jail capacity from 1,392 to beds to 1,148 beds. Staffing was also reduced by 51 positions.

JCSO isn't the only place feeling the effects of the budget problems. Last month, it was announced that the county commissioners were considering shutting down the fairgrounds to save money. The move would save about $1.3 million each year if it is shut down, according to Mark Skelter, the advisory committee chairman for the fairgrounds.