Visitors came from all over the country and from overseas, lining up the night before, in order to get a seat for Carter's Sunday School class. 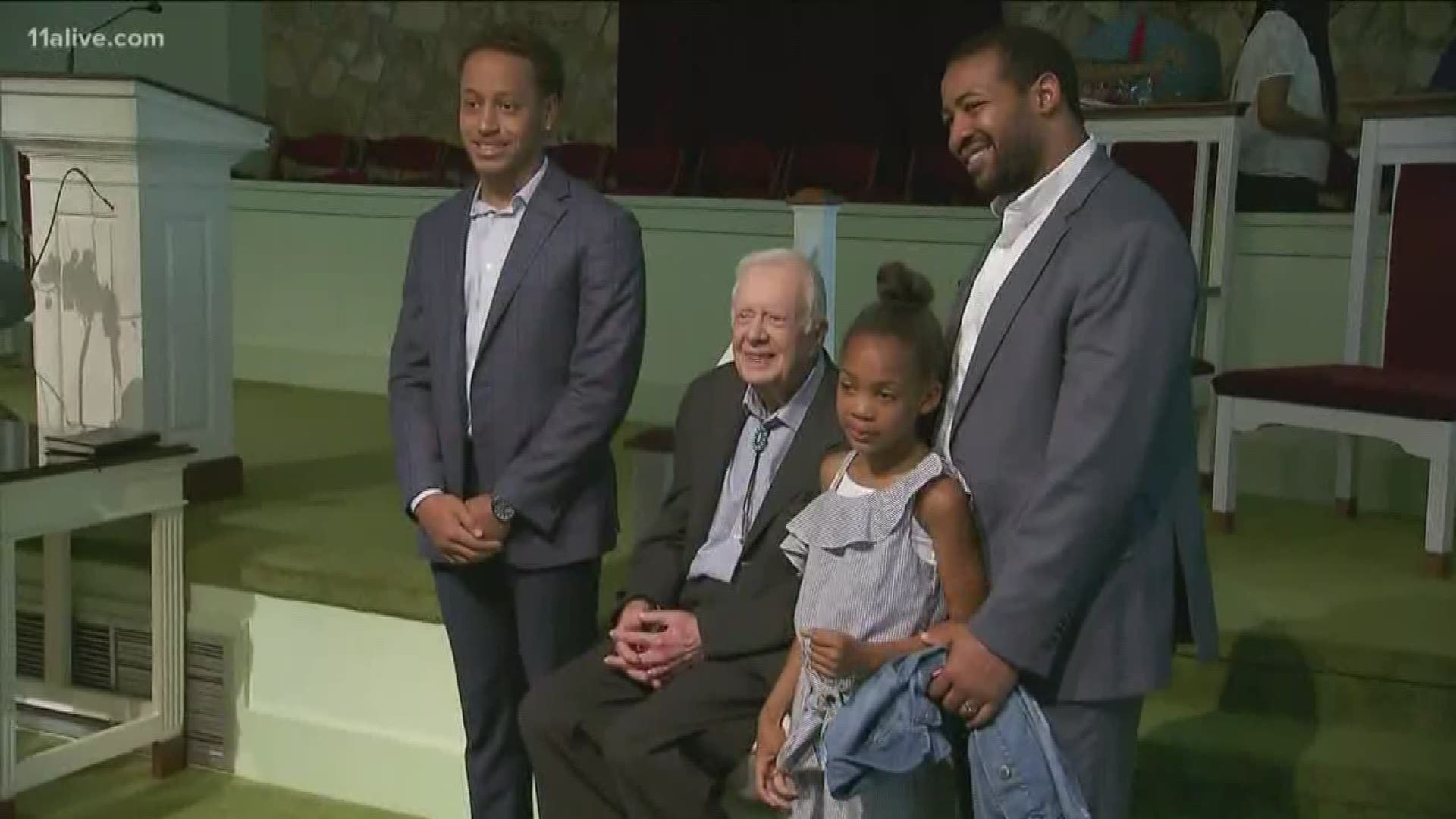 PLAINS, Ga. — Former President Jimmy Carter says he and former First Lady Rosalynn Carter are doing fine, after what he calls “some bad luck, lately” with their health.

He revealed on Sunday that three weeks before he broke his hip, Mrs. Carter broke her hip, too.

He had hip-replacement surgery only last month, but on Sunday morning, he returned to his church, in Plains, once again teaching his Sunday School class -- and hundreds of people from all over the country filled the church to hear him.

He led the class he has taught since leaving the White House in 1981.

Carter greeted everyone with a quick personal update.

"Rosalynn and I have had some bad luck, lately, with our physical health," Carter said. "Rosalynn broke her hip three weeks before I did."

And there was Mrs. Carter, with him at church, too.

"We’re getting along fine, now, thank you for your prayers and good wishes," he said.

Jimmy Carter’s frequent Sunday appearances -- the church posts his Sunday schedule online -- once again drew hundreds of people from across the U.S.

On this Sunday, the crowds stood in line, in rain, for hours. Not all could squeeze into the church, which is first come, first served.

Jane Brown arrived at the church from California the night before, to be one of the first in line.

"Because we wanted to hear someone that we admire very much, and is such an asset to our country," Brown said.

Jimmy & Rosalynn Carter in love through the years

"I think she just really appreciates Jimmy and his ministry," Bellah said. "And she wanted to wish him well."

Mr. Carter spoke of the power of prayer to comfort and heal -- and he issued a challenge: do THIS when you leave the church.

"How many of you think if you do a good thing for just one other person, it would make America a better country?” the former president asked. "Is that complicated? No, it's not that difficult."

"I was inspired by him," said Cecile Terry from Columbus, Ga. "I just think it says a lot that God has just been with him, to have been able to recover so quickly, and I think it just says that he’s still an example that needs to be seen, especially in today’s political climate.”