A look at the railroad job offering a $20,000 hiring incentive

Union Pacific is offering $20,000 in bonuses to their new hires -- and they don't need any experience. In fact, they can get $4,000 of the bonus after just two weeks of training. 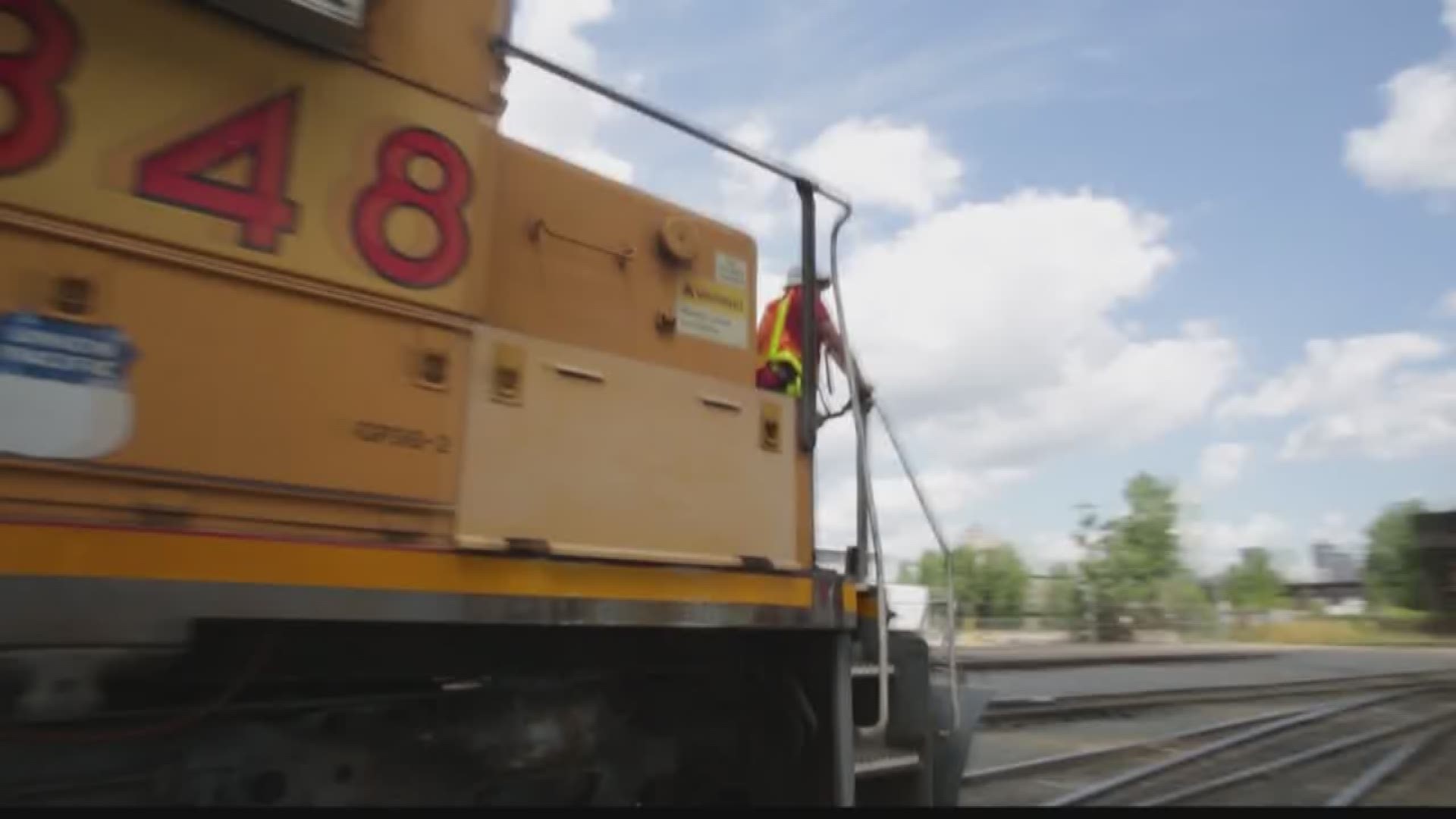 Working as part of a train crew can mean some rough hours.

That's one reason why Union Pacific in a recent job posting offered a $20,000 hiring incentive for positions where no experience is needed.

The Omaha, Nebraska-based company is looking for "train crew" (think conductors and engineers) to run freight throughout the Denver hub. Potential employees need to speak and understand English, be at least 18 years old, have a valid driver's license -- and be available 24 hours a day, seven days a week.

It's that last bit that can turn a lot of people off, but that doesn't mean you don't get vacation days or sick time. According to Union Pacific's media director Kristen South, the job has a median salary of $83,000 — so that might soften the blow of having to be available to work whenever.

But it's not the typical 9-to-5 workday, either. The posting warns potential employees that they'll likely have irregular schedules and random days off. It means working weekends and holidays, too. The good news? They're not forced to work constantly — days off are still a given, they just depend on how much an employee works.

"There's a couple different [ways our schedules are set up]," South said. "We have what we call an 'extra board.' These folks could get called into work at any time. They are literally filling in where necessary. Other folks have more of a set schedule. We are federally mandated that a train worker may only work up to 10 hours a day."

The pay isn't hourly, but paid per "train start" — meaning a full day's shift. South said she doesn't have the exact amount per shift, but added that the number is set by the union.

The engineer/conductor job Union Pacific posted has a starting salary of $40,000. South said that amount is set by the United Transportation Union and the position is contracted through the union, meaning membership is required for all new hires.

The $20,000 in incentives is actually offered on top of the contract by Union Pacific as a way to bring in the best of the best talent, South said. She explained that as the economy has improved — like Colorado's — more people have purchasing power.

And if people are buying things, that means more things need to be transported -- hence the job posting.

Train operators will run freight throughout Union Pacific's Denver hub — meaning they will need to get to the rail yard within 90 minutes of getting a call. The Denver hub transports products all the way to Sharon Springs, Kansas to the east, Pueblo to the south, Grand Junction to the west and Cheyenne to the north.

Not every shift will entail operating a train, either. Sometimes employees are called to work in the rail yard or even build a train, South said. Employees get their orders when they arrive. That could mean taking a train out and then taking another back — or staying overnight at a hotel before returning.

While there isn't any set "experience" required, there are requirements for the job. Employees regularly lift 25 pounds — sometimes up to 50, with the occasional (albeit rare) 80-pound lift. Other job requirements include the ability to read, understand workplace safety, use common sense, listen actively and work under stress. There is also reading test, a physical test and a medical questionnaire all applicants will have to go through and pass.

1 / 10
This is used as a flexibility benchmark before and after the test and is not a pass/fail component of the test. The applicant is asked to bend forward, backward and to each side while this measurement is taken. (Photo: Union Pacific)

South said the job is great for anyone looking for something new or a recent high school graduate who doesn't think college is the way for them.

South also said new applicants should be ready to undergo 18 months of training. Trainees do get paid, but South said the amount varies. The company graduates about 200 trainees every month nationwide — the exact number for Denver wasn't known.

The most common commodities freighted in the state are soda ash, beans, corn, grain and beer. In Denver, Union Pacific services a major automobile distribution center, so they deliver finished vehicles and auto parts, too.