With Denver's low unemployment rate, who's still looking for a job?

Who is impacted by unemployment and which demographics are actively searching for work? 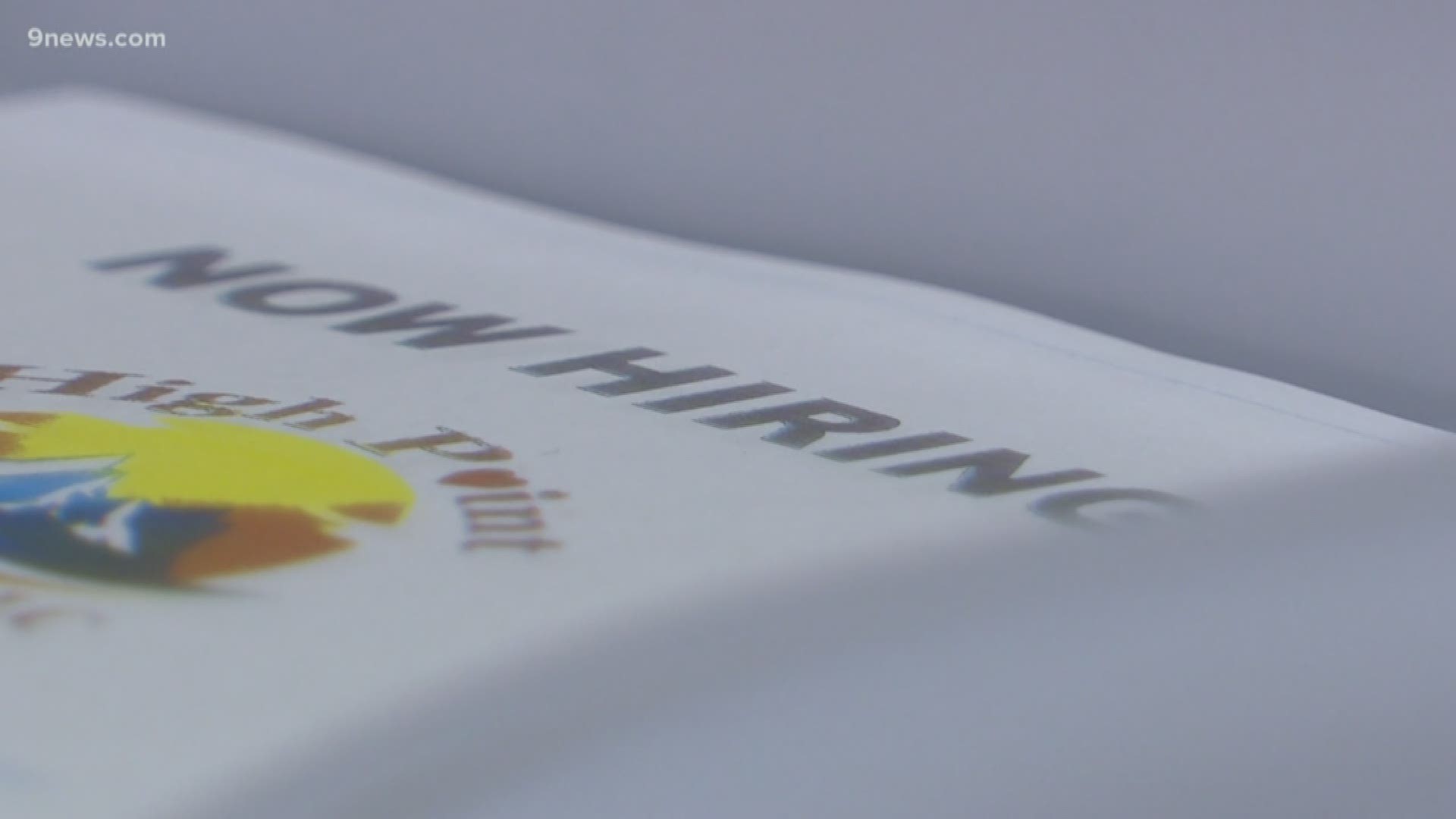 DENVER — While some city leaders make a push for Denver to become the first city in Colorado to have its own set minimum wage at $15 by 2021, certain industries struggle to gain and retain employees.

Denver's minimum wage will increase to $12 in 2020, along with the rest of the state. Economists said that's still pretty low and it's one contributor to the current unemployment rate, which is a little more than 2%, according to Denver Workforce Services project director Paris Sherman.

"That is very good," Sherman said. "Zero is unrealistic."

Denver Workforce Services had more than 1,600 people use its resource center during the last three months, according to Sherman.

"And that's with a low unemployment number," Sherman said.

He said some of the people seeking help are part of the larger demographics looking for jobs. That includes people recently out of the criminal justice system or those living with disabilities.

However, Sherman said the fastest growing group of people seeking employment are people ages 50 and older.

"That's a phenomenon that's relatively recent," he said. "We haven't seen that in the past, but it continues to grow every quarter."

Sherman said this trend, in part, is caused by retirement not lasting as long as planned or people seeking opportunities because they want to feel like a vital part of the community "because they're living longer."

Even with at least 2% of the city's population looking for jobs, Sherman said Denver is experiencing a "great economy" which can also result in a scarcity of resources "where everybody tends to suffer."

But those who suffer the most tend to be employers with positions that pay lower wages, Sherman said.

"People have options," he said. "And living in Denver, you need to make a decent living, but you have to have a decent wage."