A man convicted of killing his ex-wife is eligible for parole next year. Her family is fighting to keep him in jail

John Sandoval entered a plea agreement in 2017 and was sentenced to 25 years in jail. With time-served credit, he is eligible for parole in 2020. 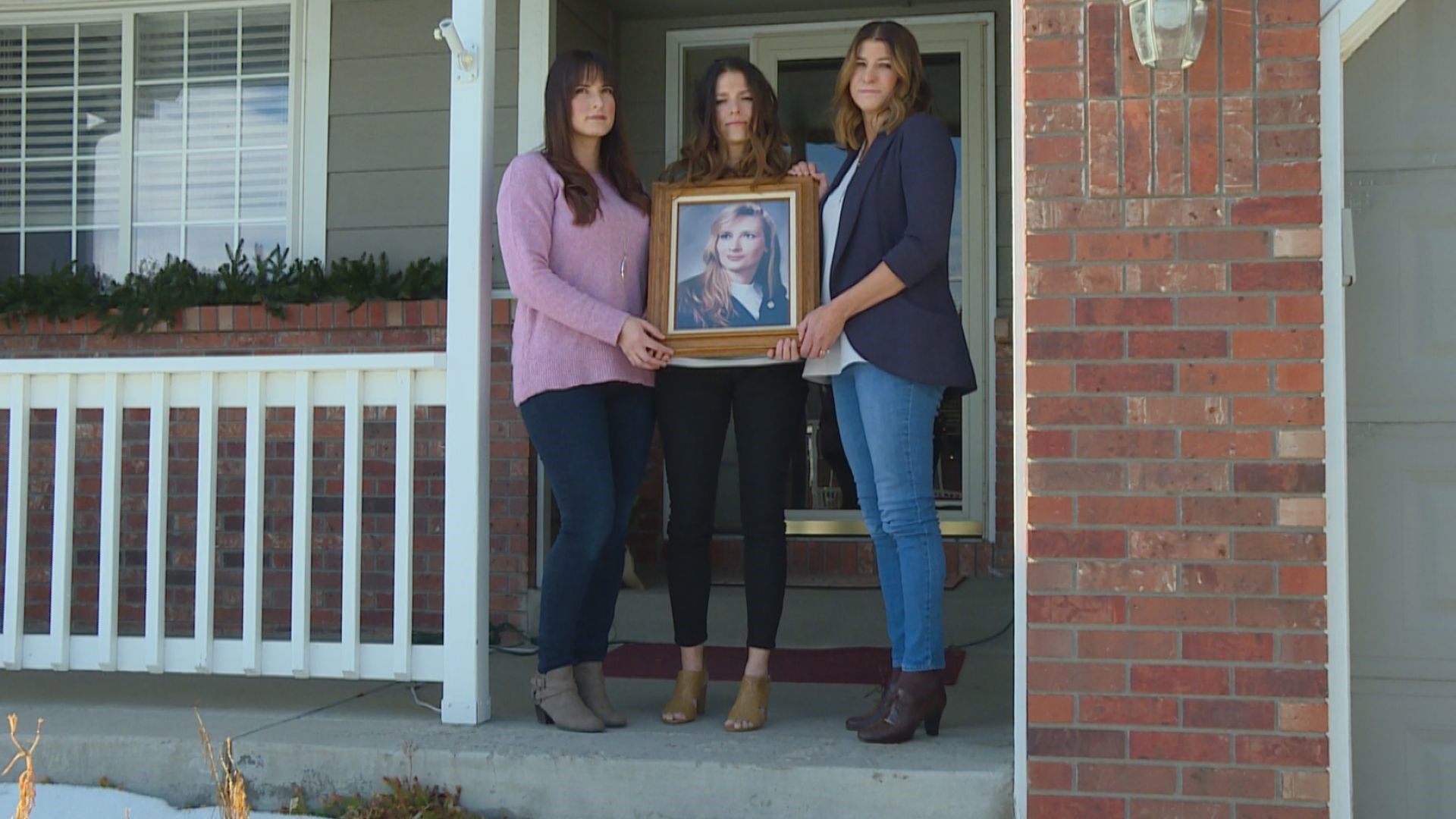 GREELEY, Colo. — Chiseled in stone, a date on a headstone marks the beginning of a nightmare.

The murder of Tina Tournai-Sandoval was one of the most perplexing in the history of the state. There was no body, no crime scene, no witnesses and no confession.

For the past 24 years, Tina Tournai-Sandoval's family has been learning how to live with what happened to their sister.

"He’s a criminal mastermind," said Annie Lloyd, another one of Tina Tournai-Sandoval's sisters. "It seems to be his drive — to stalk women, to assault women. That’s where he finds joy in life, hurting other people."

Credit: 9NEWS
A headstone belonging to Kristina Tournai Sandoval, who was murdered by her estranged husband.

John and Tina Sandoval were going through a divorce when the two met up to talk at his house on an October night in 1995.

That evening is the final time anyone ever saw her alive.

"He’s a career criminal, he’s a lifelong felon, he’s one of the worst criminals I think I’ve ever dealt with," said Det. Mike Prill with the Greeley Police Department. "We had no body. We had no scene. We had no witnesses. We had no confession. We had really nothing. She vanished."

John Sandoval had become a part of the family. Pictures taken in the 90s show the couple with the rest of Tina Tournai-Sandoval's family. No one suspected he could one day kill her.

"He has never come out and said, 'This is what happened, this is how Tina was murdered, this is how or why I chose the disposal site,'" said Michael Rourke, the Weld County District Attorney. "I think this case is unlike any other case that has been prosecuted, at least to that point, in this country."

Credit: courtesy Greeley PD
John Sandoval pleaded guilty to killing his estranged wife, and took a plea deal where he could be eligible for parole in 2020.

For 22 years, the whereabouts of Tina Tournai-Sandoval's body was a mystery.

John Sandoval was found guilty of murder in 2010, but an appeals court overturned the ruling after finding some procedural errors.

As prosecutors prepared to re-try the case, Sandoval asked to make a deal.

"We ultimately came to the conclusion that we would extend an offer of, 'Plead guilty to second-degree murder,' because it was crucial to us that he had to stand up in court, in front of the public, and admit that he was in fact the murder[er] of Tina Sandoval," Rourke said. "In exchange for that guilty plea, there was an agreement that he would serve 25 years in the Department of Corrections."

The family's first objective was to find their sister's body. John Sandoval did just that, showing investigators where he had buried his wife's body under a grave in a Greeley cemetery.

"It felt like you were gambling with the devil because we know he would only do it to gain something," Nerud said. "He was the one who was originally convicted of a life sentence when he was convicted of first-degree murder. I feel like our family is the one with the life sentence because we never get to walk away from this. We’re going to have to relive it over and over."

Credit: 9NEWS File Photo
The missing person's poster for Tina Tournai Sandoval, who disappeared seemingly without a trace in 1995.

Ultimately, Sandoval in 2009 was charged with murdering Tina Tournai-Sandoval. He was found guilty in 2010. In 2016, the appeals court overturned the conviction because of procedural errors. In 2017, he entered into that plea agreement and was sentenced to 25 years in prison.With credit for time-served, he will have been incarcerated for 12 years by the time he is eligible for parole, which is 2020.

"We weren’t even expecting parole until 2028. Two years later after this plea bargain, we’re already dealing with this," Fryan said. "He is eligible to reapply for a halfway house every six months, which means that every six months we will submitting victim statements about why believe John Sandoval should not be released."

Police are also against Sandoval being released.

RELATED: No body, but Weld County DA hopes for conviction

"The Greeley Police Department, the Weld DA and the Tournai family will vigorously oppose any early release of John Sandoval," Prill said.

Nerud said the situation is "terrifying" for the family, other women and the community.

"It is not safe," Nerud said. "We’re going to do everything we can to make sure he's not out in the community."

9News legal analyst Scott Robinson points to a law in Colorado that requires people convicted of second degree murder only serve half their sentence before they can apply to leave prison.

"If you are in prison for the case that you are eventually reconvicted of, you get full credit for the time you’re in," said Robinson. "Under a law that applies to a killing in 1995, in second degree murder convictions, you’re entitled to be eligible for parole at 50% of your sentence."

In 2004, that law changed to 75%. Just because he is eligible for parole doesn’t mean it will be granted.

"When there is victim opposition, law enforcement opposition, prosecution opposition, it’s always going to be harder for an individual to make parole," said Robinson. "Part of the plea deal was that he would reveal the location of the body. So if the parole board were to give him early parole, they basically would be giving him benefits because he did a good job hiding his murdered wife’s body in the first place."