City and County of Denver filed a motion Friday asking for modification of the temporary restraining order that restricts officers' use of tear gas, projectiles. 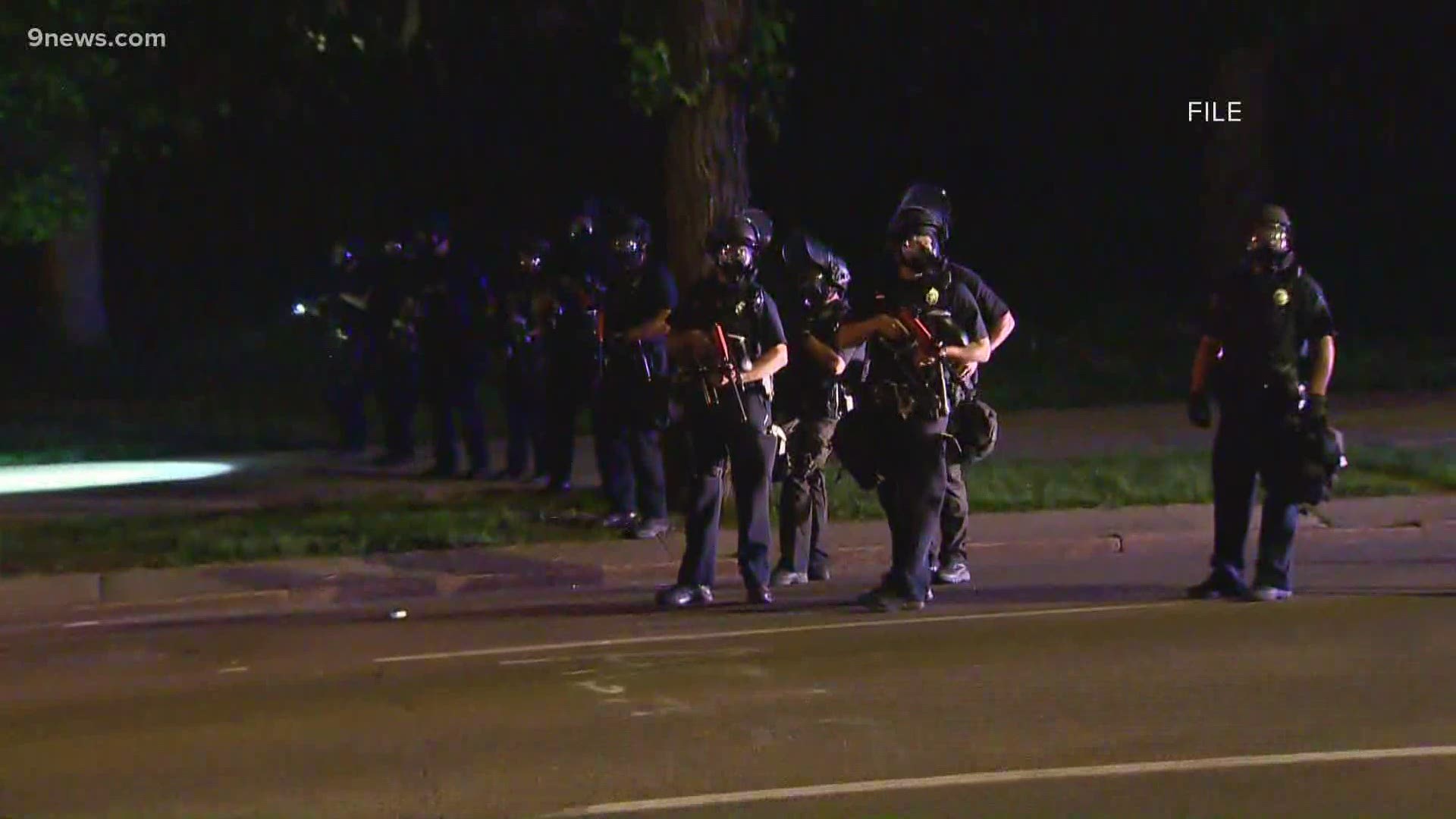 DENVER, Colorado — A federal judge has ruled on the City and County of Denver's emergency motion asking him to modify a temporary restraining order on the Denver Police Department's (DPD) use of less-lethal weapons against protesters.

Judge R. Brooke Jackson's order came in response to a class-action complaint filed Thursday in Denver District Court that claims DPD cannot be trusted with the use of less-lethal weapons against protesters and that its officers use them without regard to the constitutional rights of protesters and bystanders.

The city's motion late Friday says that it's not feasible to require a supervisor with the rank of captain or above to authorize such use of force because DPD has only four officers of high enough rank in the downtown area. The motion requests that lieutenants also be allowed to make that call. Jackson granted that request Saturday.

In his decision letter earlier Friday, Jackson said he decided to partially grant the plaintiffs' request so that the actions of police are not impeding protesters' rights to free speech. However, he also said he wanted to ensure the order does not prevent officers from protecting themselves or others.

"I seek to balance citizens’ constitutional rights against officers’ ability to do their job," the order reads. "However, the time is past to rely solely on the good faith and discretion of the Denver Police Department and its colleagues from other jurisdictions."

The complaint filed Thursday says officers have targeted journalists, ordinary citizens and medics with their use of less-lethal weapons. It lists several examples of times when officers allegedly misused the devices and provides videos of recent incidents during the George Floyd protests as evidence.

DPD responded to the ruling on Twitter late Friday night, saying that they will comply but take issue with the camera ruling.

"A federal judge issued a Temporary Restraining Order (TRO) clarifying DPD use of non-lethal dispersant devices. In the meantime, we will comply with the judge’s directions, many of which are already in line with our community-consulted Use of Force Policy," they wrote. "We are asking for modifications to the Order that would account for limitations on staffing and body-worn cameras so the directions can be operationalized."

The judge’s order comes the same day that the city responded to journalists’ concerns about police use of force during the Denver protests.

Local media groups in Denver wrote a letter earlier this week that asked for an investigation into specific allegations that law enforcement officers targeted journalists as they covered these events. It was sent to the Denver Department of Public Safety, the Denver Police Department, the Colorado State Patrol and the Colorado National Guard and to Denver Mayor Michael Hancock and Gov. Jared Polis.

RELATED: 'Inaction should be condemned as harshly as unjust force,' Colorado law enforcement groups call for 'duty to intervene' law

Responding Friday, Denver Public Safety Director Murphy Robinson responded that “covering the protests has been a dangerous assignment due to the criminal activities... [of] ...individuals who were not present for the purpose of engaging in peaceful protest.”

Robinson also said that while Denver officers are not permitted to intentionally target journalists, the city does not yet have all the information to determine whether officers “acted inappropriately while trying to manage the protest activities and stop the criminal conduct that has erupted during the same.”

On the state level, lawmakers are considering a piece of legislation that could impact departments statewide. When it was introduced this week, Democrats said the law would provide policy changes that increase police accountability and transparency.

The Enhanced Law Enforcement Integrity bill would require all law enforcement officers around the state to wear body cameras, report data on use of force incidents and prohibit the hiring of officers who have been convicted of certain offenses in the past.

It would also get rid of qualified immunity, which helps officers avoid lawsuits if they make a good faith effort to follow the law.

Sheriffs from Larimer, Weld and Douglas counties have spoken out about their issues with this bill.

You can read the full order below: