Protesters want DPD to release body camera footage of the incident, as well as the autopsy report. 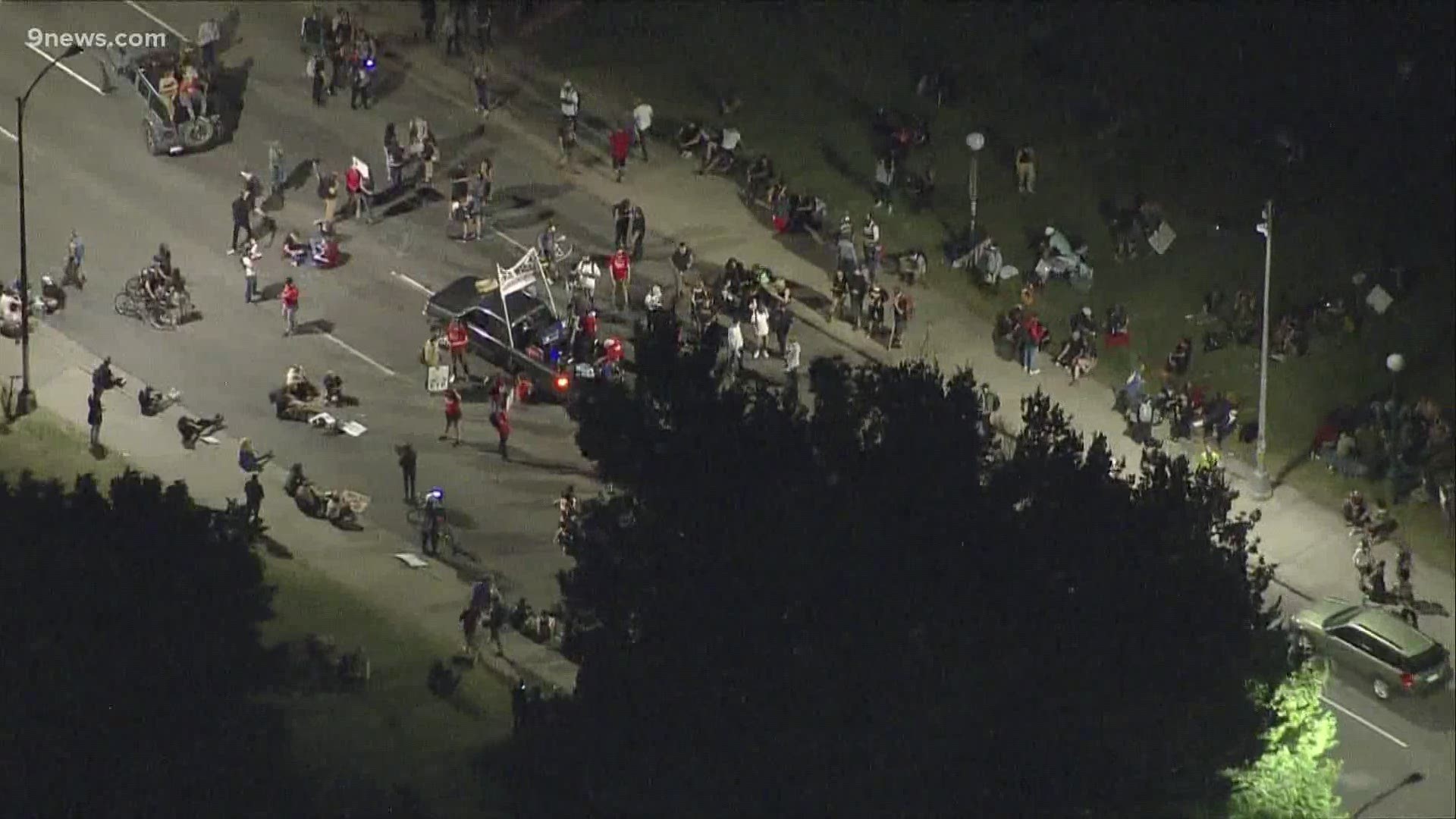 DENVER — A crowd began to gather near the Colorado Capitol Friday evening to call attention to a May 1 officer-involved shooting in Denver that left a 21-year-old man dead.

The Denver Party for Socialism and Liberation (Denver PSL) organized the protest, which it said was also meant to raise awareness for other men and women who died in Denver Police Department (DPD) custody.

The May 1 incident involved William Debose, who was shot near West Colfax Avenue and South Federal Boulevard. At the time, DPD said officers saw him speeding from westbound Interstate 70 and onto I-25, prompting them to request assistance from a police helicopter that was already in the air.

Police said when Debose’s vehicle exited onto Colfax, officers tried to pull it over. The car briefly stopped and a passenger got out, before continuing down Colfax, according to police.

Police said the helicopter then pulled the vehicle onto a private access drive in the parking lot of the Denver Public Library's Rodolfo "Corky" Gonzales branch, and that Debose and a woman got out and started walking away together.

Police said officers spoke to the pair and gave them commands to put their hands in the air. Both complied, but police said Debose ran toward the vehicle, prompting a uniformed officer to follow him on foot.

According to police, Debose took a gun out of his waistband, and the officer shot Debose four times. Debose died at the hospital.

Police said they recovered a loaded 9mm handgun at the scene of the shooting.

In a news release, Denver PSL said “Debose was shot to death … after being targeted for a speeding violation.”

They are asking DPD to release body camera footage of the incident to the family’s lawyer, as well as the autopsy results.

In an interview, Denver District Attorney Beth McCann said the footage will be released once the investigation has been completed.

You can read a full statement released by McCann to 9NEWS below:

We understand that our office holds the power to influence how justice is administered and how the public perceives justice. We are committed to doing that in a fair and equitable manner and to be transparent so that we earn the community’s trust. The murder of George Floyd has understandably spurred calls for justice and to demand close examination of law enforcement. Denver District Attorney Beth McCann supports those efforts and just today gave her support for the Enhance Law Enforcement Integrity Bill which contains many positive reforms that are long overdue.

Our investigation into whether or not the officer-involved shooting death of Mr. DeBose was justified is actively underway and DA McCann has met with the DeBose family to explain the process. However, we are presently waiting on the autopsy report to be issued to move forward. The autopsy report is a critical component to our conducting a proper investigation. When DA McCann issues her conclusions of this shooting, she will release the body worn camera footage if no criminal charges are brought. Releasing the video before the investigation is complete would be a disservice to the integrity of the process, to the parties involved, and to the public.

If DA McCann finds that the shooting was legally justified, she will hold a community meeting to discuss her findings and to answer questions about this incident. Until then, we invite anyone interested in learning about our work to visiting us at:  https://www.denverda.org/officer-involved-shooting-investigations-decision-letters-2/. 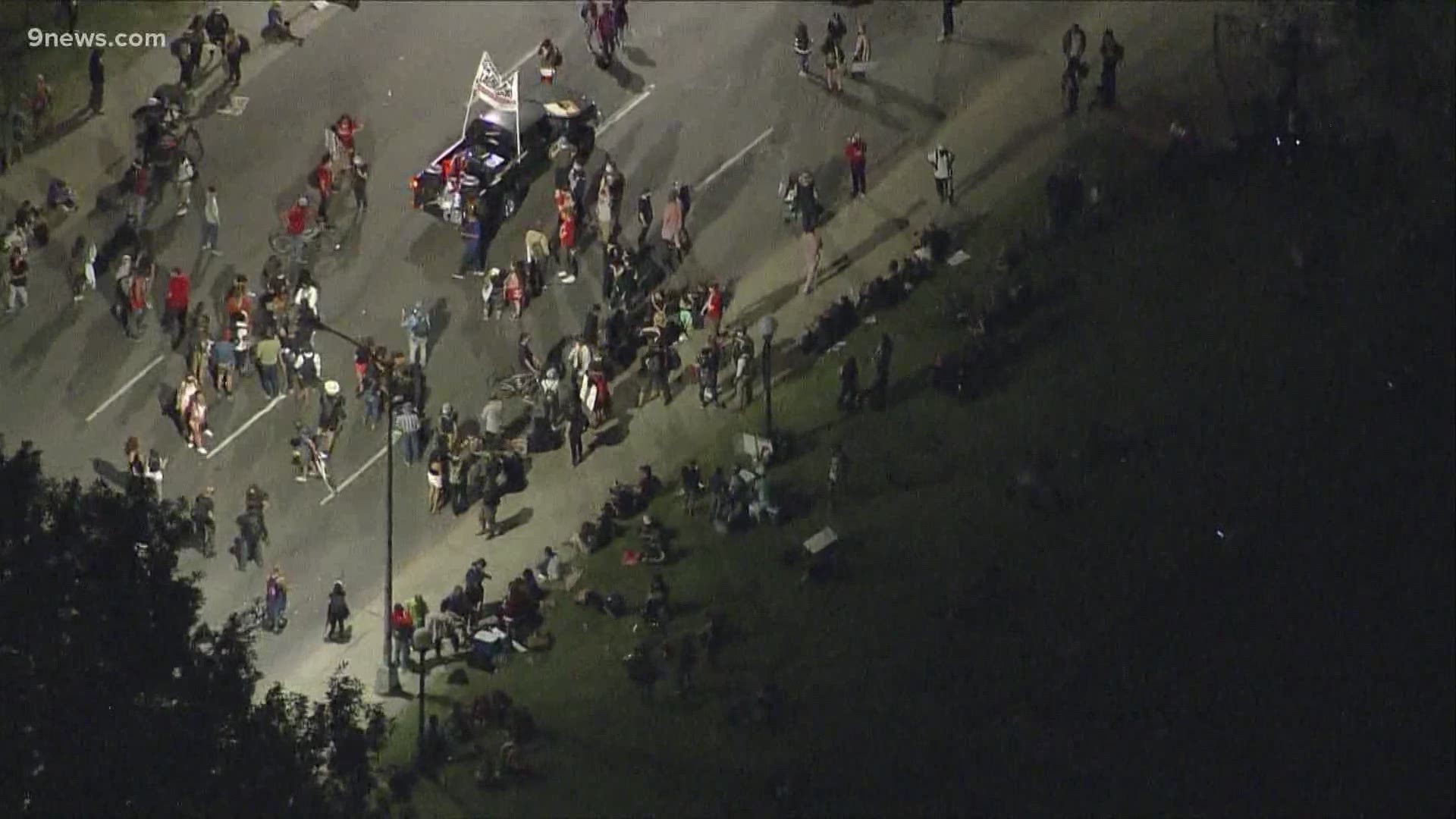 This protest comes after multiple days of protests at the Colorado State Capitol to bring attention to police violence and systemic racism.

Some led to clashes with police that prompted a judge to restrict DPD's use of less-lethal weapons like tear gas and rubber bullets.

Recent protests have been largely peaceful.