Juneteenth will be a paid holiday for Greensboro employees in 2021

The Greensboro City Council unanimously approved Juneteenth as a holiday for city employees beginning in 2021. 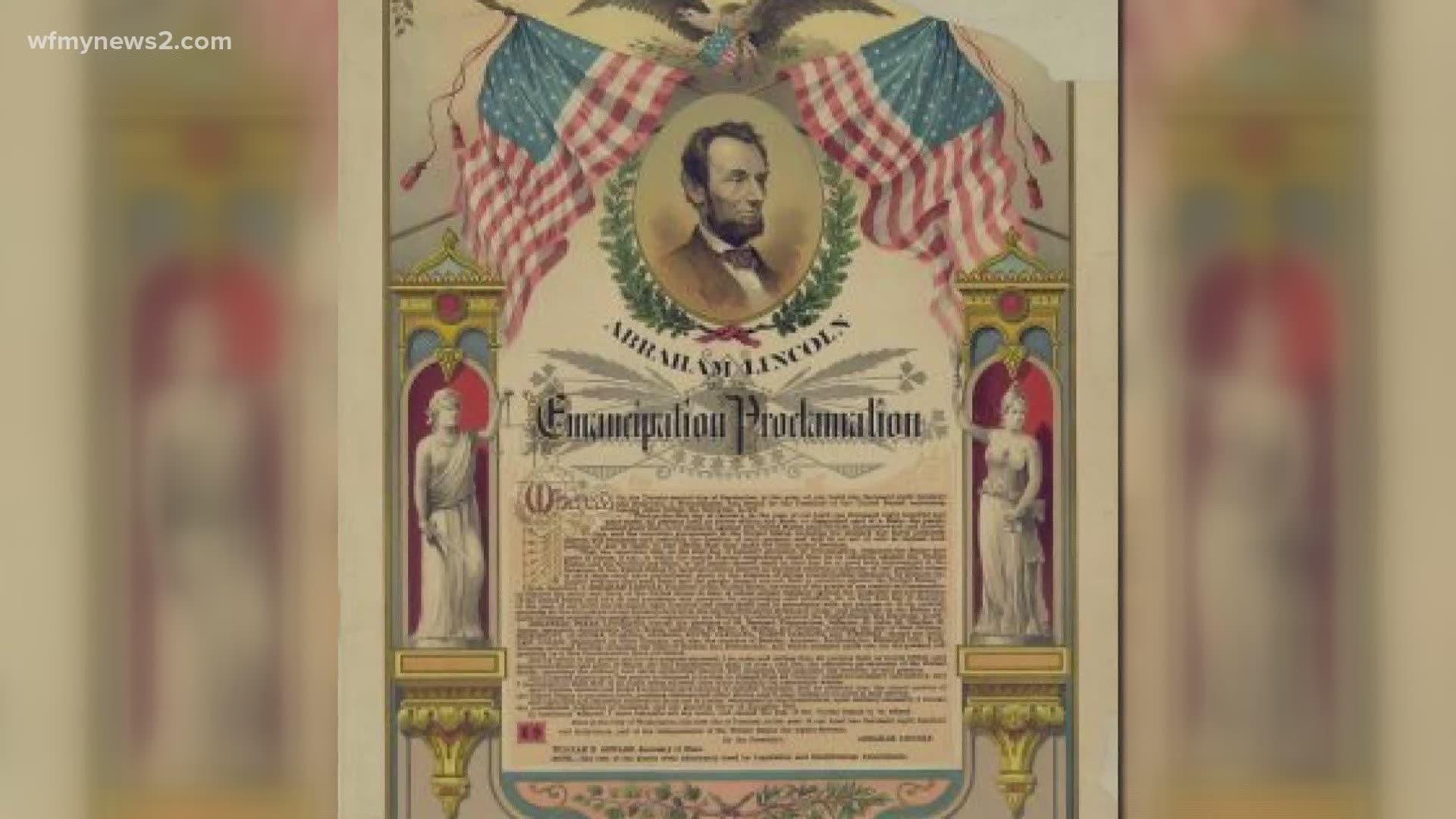 GREENSBORO, N.C. — The Greensboro City Council has unanimously approved Juneteenth as a paid holiday for City employees in 2021.

Juneteenth is the oldest known commemoration of the ending of slavery in the United States.

Festivities are usually held to commemorate this milestone in American history.

“As Dr. Martin Luther King, Jr. said, ‘It’s a day on, not a day off,’” said City Council representative Sharon Hightower. “It’s a day to go learn something that you didn’t know about an African-American friend.”

This year, the City hosted a day of free, virtual Juneteenth activities in celebration and remembrance on Friday, June 19. Next year, city employees will get the day off of work.

The history of Juneteenth began two years prior to June 19, 1865. On January 1, 1863, Abraham Lincon declared that "all persons held as slaves shall be free" with the Emancipation Proclamation.

"We were still in the midst of a Civil War. The legal president at the time says slavery has ended. And so it depended on whoever won that war. If the Union forces win the war, they can enforce it," Rodney Dawson, Curator of Education with the Greensboro History Museum said.

It would take, however, more than two years for word of the Emancipation Proclamation to reach the enslaved in Texas.

"The people are saying that the messengers they sent were killed. I've heard that the plantation owners got the word but didn't want to pass it on because they want to retain that labor," Dawson said. "And then I also heard that Union forces made a deal with some of these plantation owners and said hey we will let you reap one more harvest."

On June 19, 1865, Union General Gordon Granger announced from a balcony in Galveston Texas, that the Civil war had ended and the nearly quarter-million enslaved were now free.

For many years, communities in the Triad have celebrated the day with food, music and unity. Juneteenth's growing recognition is something Dawson thinks could help people's relationships with one another.

"I hope people are educated. I hope it brings tolerance. I hope it inspires someone," Dawson said.

RELATED: Juneteenth 2020: A trip to the Greensboro Museum for a lesson in Black History, 155 years later

RELATED: 155th Anniversary of Juneteenth: A Celebration of Freedom